An interview with two young collectors 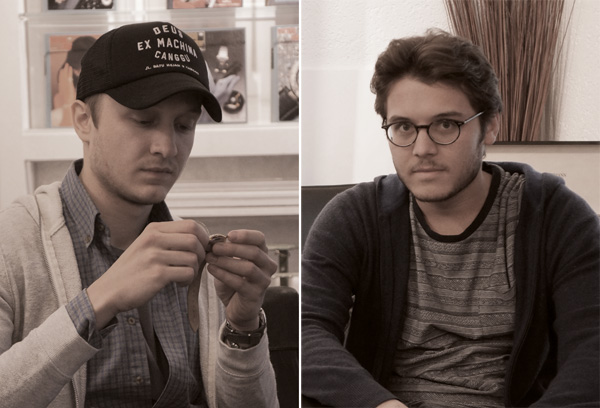 A whole contingent of young people born well after the “vintage” years of the 1960s and 70s seem irresistibly drawn by objects from the post-War economic boom period, now obsolete, but which for their parents represented the state of the art. Proof that the phenomenon is affecting a broad swathe of this younger generation is, for example, the rather incredible craze for Daniel Wellington watches (read our article “Entry-Level Entrepreneurs”) which, by virtue of their “new vintage” simplicity, are in complete contrast with the thick, powerful and ostentatious designs that have predominated over the past decade.

The vogue for vintage has prompted some of these young people to start collecting. Europa Star met two of these young collectors (both 22), Lorenzo and Bénédict, one Saturday, in its Arcade.

Why are you interested in watches, or more exactly, in vintage watches?

Lorenzo: I got interested over time through browsing magazines. At first it’s just idle curiosity, then you start to look more closely, you get interested, then grabbed... And then the Internet acts as a catalyst. And little by little, your view gets more refined.

Bénédict: I got interested quite early, at the age of 13-14. My father had a few watches; I found them attractive as objects. But at first I was only interested in modern watches, I couldn’t have cared less about the older ones. And then they did start to interest me, first and foremost because they have a history. That’s what I like about them, that and their design. Vintage watches are less perfect, but warmer. And budget-wise, you can treat yourself without breaking the bank.

What kind of prices are you prepared to pay… or what can you afford?

Lorenzo: I started with nice little watches costing CHF40-50. Then little by little, you raise the stakes. But I’d never pay thousands of francs for a vintage watch. What I find interesting is that they’re inexpensive but they “do the job”. I choose what appeals to me without looking for any particular brand, or a rarity, or an outstanding movement.

Bénédict: The first watches I bought cost between CHF300 and CHF500, and now I’ve got chronographs and 3-hand watches. I prefer to save to buy higher-range items. I‘ve gone from being an impulse collector to a more reasonable kind. Lorenzo: Yes, of course we’re on a rather exponential slope, little by little you end up looking for more and more expensive items. But that doesn’t stop me falling for a Seiko at CHF50!

Bénédict: Close friends are starting to get interested; yes…it’s kind of contagious. Sometimes they just see it as a way of doing a bit of business. But the one who are genuinely interested are already collectors.

Lorenzo: Modern watches are made to be seen. The older ones aren’t, not really. It’s a question of size, too. Vintage watches are less ostentatious.

What designs appeal to you most?

Lorenzo: I started with watches from the 40s and 50s, basic watches. Then I got interested in watches from the 70s: rally watches, coloured watches, square watches. I’ve actually got quite eclectic taste. And they also interest me for a question of size: I find today’s watches much too big.

Bénédict: My preference is 40s and 50s chronographs. But they’ve got expensive. Instead I’m collecting 60s watches, but I’ve got quite eclectic taste too. For example, I like the Omega DeVille watches from the 70, with the integrated wrist straps.

Lorenzo: I don’t find quartz really attractive per se, but some quartz watches have an interesting design. But it’s true that, one thing leading to another, I’m more and more interested in mechanical movements, for example, whether it’s a column-wheel chronograph or not… I love Seiko, I admit, I find their first automatic chronographs really original, inventive and very efficient. Collectors don’t have enough esteem for the brand, I think, and so it’s still affordable – which is good for me. Take the Seiko Pogue, for example, which has a real history to it. The name of Pogue comes from the American astronaut who wore it during a mission. On the other wrist, he wore the official watch, an Omega Speedmaster…

Bénédict: I’m increasingly interested in the mechanics. I’m actually going to do a basic watchmaking course because I want to hone my skills. I want to understand how a watch works. 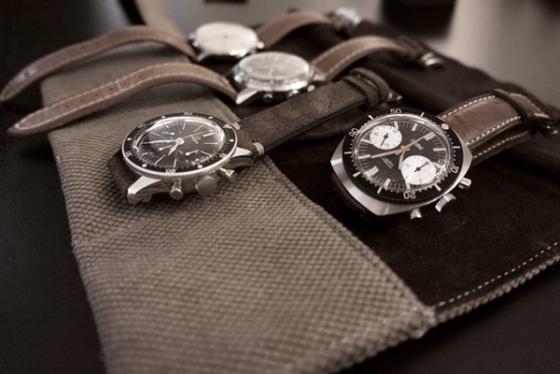 Is collecting vintage watches also a form of investment for you?

Lorenzo: Not really, or at least, that’s not the objective. But if a watch gains value, so much the better. And that’s often the case with a vintage watch.

Bénédict: I agree with you – economic considerations take second place. But having said that, I don’t like buying a modern watch that loses 30%-40% of its value as soon as you leave the shop. And the service in the shops is pretty bad in general. Most of the time, I know more than the sales assistants: I’ve looked on the Internet, I’ve found out things, I know details they don’t. This poor-quality service is tending to push me onto the grey market.

Bénédict: Sometimes you can be surprised at how popular a watch might become. For example, I had a Sherpa Graph chronograph from Enicar. Some bloggers discovered that it had been worn by the F1 driver Jim Clark. As a result, the price tripled. These past two or three years, the vintage market as a whole has tripled, but I think it’s going to flatten out sooner or later. For example, four or five years ago there was a big market for old Panerai watches with Rolex movements. But now, the bubble has burst; the reserve prices were much too high. Some people lost money.

Lorenzo: I think we have to get back to essentials, what is meaningful. In the face of fast technological change, there’s a real yearning for proximity, for organic food, for real values, like permanence. You can also pass other things on to your children than a Patek Philippe (laughter).

And what about smart watches, do they interest you?

Bénédict: I already have a phone and a computer, that’s enough! Watches are timeless things that don’t need updating. From a philosophical point of view, programmed obsolescence doesn’t go with watches.

Lorenzo: What makes a watch authentic is that it works on its own. Having said that, a smart watch might also be a gateway towards a “real” watch. I prefer the Apple Watch, which doesn’t try to pretend to be something else and is quite attractive, to the TAG Heuer, which is a false watch. And then there’s a “Big Brother” side to the Internet of Things that scares me. With your mechanical watch, you control it, whereas a smart watch controls you.

Bénédict: The good thing about technology is that it allows you to rediscover old things and by contrast highlights forgotten things. Paradoxically, it’s technology and the Internet that have caused the vintage market to boom by democratising it and helping knowledge to be shared, which was virtually impossible before.