SMARTWATCHES - Focus on smartwatches from A to Z


SMARTWATCHES - Focus on smartwatches from A to Z

Smartwatches are garnering little enthusiasm from Swiss companies, to say the least. Brands feel ‘forced’ to get involved, without any real appetite to do so (apart from the enthusiasm shown by TAG Heuer’s Jean-Claude Biver, but we wouldn’t expect anything less from him). The fact remains that this unstable market is in the process of establishing itself in parallel to the mechanical watch and directly on the territory of the quartz watch. A diverse range of offers has sprung up since last year. We take stock of the situation as it stands. 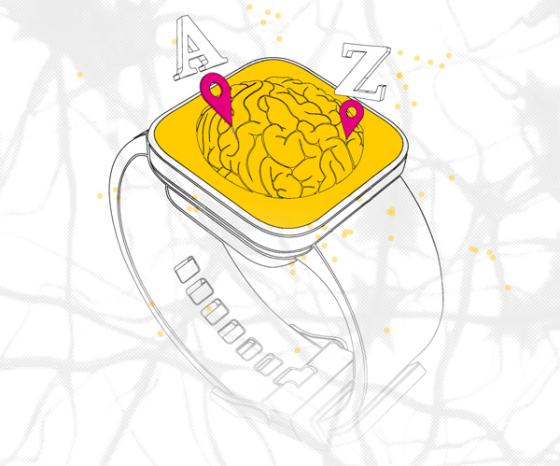 The smartwatch market, which really flourished – both in terms of image and sales – following the launch of the Apple Watch in April 2015 after several years of simmering, is now showing mixed results a year and a half later. Nevertheless, we are beginning to get a better understanding of its nature. On the one hand, with estimated sales of more than 11 million units in 2015 according to market research firm IDC (a figure that should be taken with a pinch of salt, as Apple is yet to release the exact figure for the watch separate from the results of other products in the category), the Cupertino firm is the second biggest watch company worldwide. This places it directly behind Rolex, with a turnover of around 4.5 billion francs, according to the slightly provocative ranking of Swiss bank Vontobel (see table) and Tim Cook’s last keynote speech. Another smartwatch brand, Fitbit, (although the majority of their sales are of fitness bracelets), is in fifth position with a turnover of 1.8 billion, between Cartier and Patek Philippe. On the other hand, the ‘emotional’ passion – historically one of the keys to success for Apple – that we might have expected for this product category has been less pronounced than expected. The iPhone and iPad have become real technological icons of our era, even though sales of the former have declined for the first time. Meanwhile, the Apple Watch is, for the time being, far less mainstream, and its results remain modest in comparison with the 231 million iPhones and 55 million iPads sold last year. Although we should nevertheless remember that while some are quick to talk of ‘below-par performance’, these figures would excite many watch companies.

The customer experience is often disappointing and it’s highly likely that a considerable number of smartwatches end up in a drawer or back on sale a few weeks later as a result of disappointment or loss of interest in a product that remains a simple extension of the smartphone and that is yet to find its killer app (the author can attest to this). ‘Personally, I only kept my Apple Watch for two weeks,’ admits René Weber, the author of the Vontobel report. Is it in fact just a duplicate device costing the same as a smartphone?

‘Over a year since the release of the Apple Watch, there are still many question marks hanging over the smartwatch, and few answers. For the time being, we cannot say that it has had a notable impact on the low end of the market, as this is the segment that best endured the market in 2015,’ notes Jean-Daniel Pasche, president of the Swiss Watch Industry Federation. 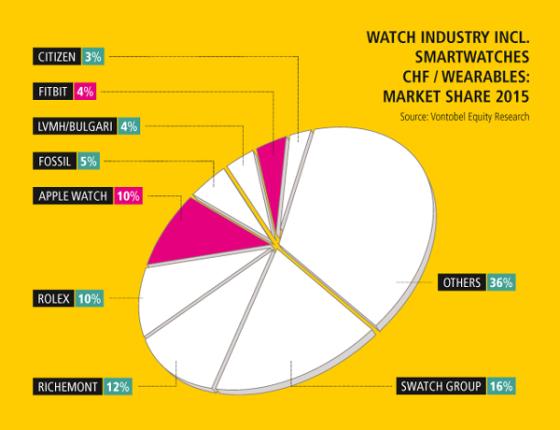 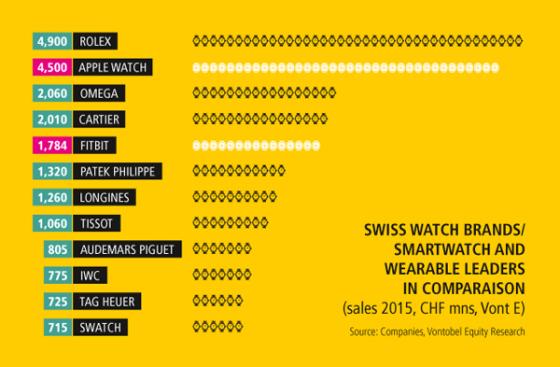 ANOTHER MARKETING SUCCESS FOR TAG HEUER

This burgeoning market, which currently represents just 1.5 per cent of global watch production, is nevertheless showing naturally strong growth of 224 per cent more than the first quarter of 2016. Apple is the giant in this category, with more than half of the market share, ahead of Samsung, Fossil, Casio, Garmin and TAG Heuer.

TAG Heuer Director Jean-Claude Biver has pulled off another of his customary strokes of marketing genius by positioning the historic Swiss brand as a quality alternative to the Apple Watch, following the grand launch of the Carrera Connected in New York (200,000 pieces expected in 2017, a third of total sales), particularly in the minds of American consumers. They represent a market with high potential where sales of smartwatches are already having an impact on the results for quartz watches, Swiss or otherwise.

It’s a factor that the Fossil Group is well acquainted with, following the vast operation it has launched to target this market. Probably sensing a near-miss, at Baselworld the group announced the launch of a hundred or so smartwatches for its various licensed brands. The world’s fourth leading watchmaker could even soon exclusively produce smartwatches, following the buyout of high-tech firm Misfit.

Some high-end brands, hoping to attract new generations of purchasers, are seeking to associate their image with this budding market, despite the inherent planned obsolescence that contradicts the spirit of the mechanical watch. Montblanc made an impression last year with the smart bracelet it presented at the SIHH but this has since seemed to go below the radar.

However, it’s the traditional and affordable quartz watch segment (accounting for 97.5 per cent of watch production worldwide) that is most imminently threatened by new smartwatch producers. Unlike the Fossil group, Swatch Group is yet to launch a real full-scale offensive in this niche or to partner with one of the major players from the smart ecosystem. For René Weber from Vontobel, it’s likely that a large number of quartz watches will incorporate at least a smart module in the years to come. 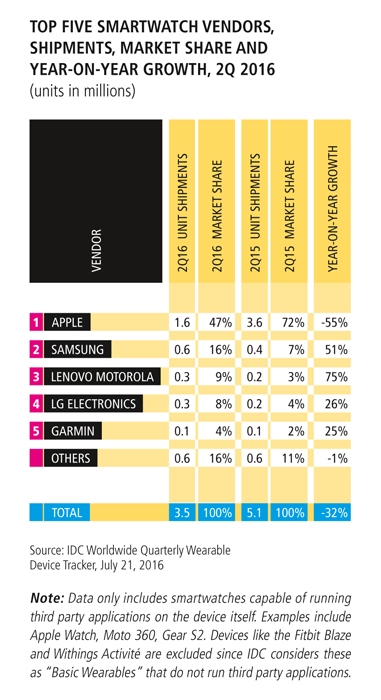 ‘We expect to see major developments in the near future: smartwatches that really look like watches, easier-to-use interfaces, applications to rival those found on smartphones,’ says Ramon Llamas, head of research at IDC. While the customer experience can be disappointing with current models, smartwatches still hold great potential for improvement. One of the most promising areas is without doubt that of health monitoring tools. This is exactly why Nokia purchased the French smartwatch company Withings. After missing the boat with the smartphone, the Finnish company is focusing on medical technology. This is a huge market in our ageing society, in which smartwatches could represent one of the most interesting tools. Insurance companies are watching closely...

But will smart modules remain confined to watches, when we’re hearing more and more about smart clothes, glasses, bracelets and headphones, not to mention chips implanted directly under the skin? The smartwatch is part of the larger environment of the Internet of Things, covering everything from connected fridges to robots. According to IDC, the wearables market alone (mostly smart bracelets for the time being) is expected to reach some 110 million units between now and the end of the year, equating to 40 per cent growth compared to last year, and this will rise to 237 million in 2020. How many watches will be among these hundreds of millions of units? That’s the question being asked of the fledgling smartwatches presented since last year.