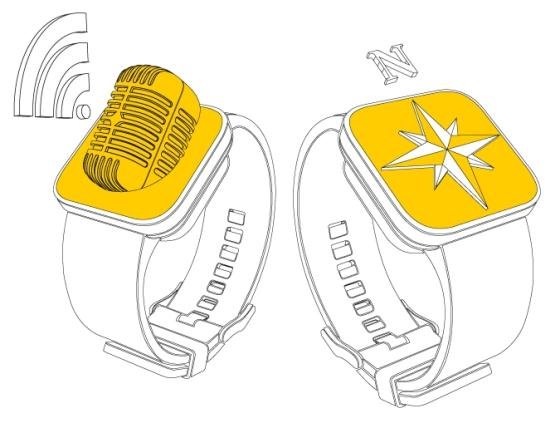 "A few years ago, I would have been quite negative about the arrival of smartwatches. But we see the world through the perspective of the Swiss watch industry, which only represents 3 per cent of global watch sales. In 2013, however, I realised the enormous potential of this market, and so at watch parts manufacturer  Soprod, I concentrated development on smart movements.

The worlds of smart devices and watchmaking – in Switzerland the latter being strongly anchored in a mechanical approach – remain fundamentally different. The products don’t share the same life cycle. This is a fundamental difference. The Apple Watch has a two-year life cycle, and such planned obsolescence is incompatible with the concept of luxury. Meeting the key players in Silicon Valley, I realised the extent to which they work within extremely short life cycles of no more than a year. The customer, marketing, distribution, and margins: everything is different.Apple wanted to be like TAG Heuer and  TAG Heuer wanted to be like Apple: both were mistaken. In addition, recent developments for the Apple Watch 2 demonstrate that Tim Cook has reversed the trend and abandoned the watch-based approach. In contrast, the product is moving in a more sporty direction through a partnership with Nike. Apple is concentrating on the world of fitness and wellness. Its competitor is Samsung, not Rolex. As for Jean-Claude Biver, he is paying particular attention to channels of communication and brand rejuvenation, which both stimulate growth. The real catalyst for TAG Heuer will come from fundamental watchmaking innovation in mechanical watches. The launch of the Autavia will do more than the smartwatch to consolidate the brand’s positioning within the segment. I also suggest that your readers look out for old Autavias that will become a hit at auctions. As for electronic watches...

In my opinion, there is a third option for smartwatches: smart analogue. An independent, solar-powered watch that has the option of being smart. We have to address some delicate questions. How can we make smartwatches while continuing to stand for tradition and emotion? How can we keep our DNA, and avoid betraying ourselves? Fossil understood this very early on and its latest products, launched extremely quickly thanks to its acquisition of Misfit, demonstrate a real understanding of how the watch market has changed at the lower end.

I think that watchmakers shouldn’t get involved in mass market electronics. Furthermore, what interests Apple in its current form is not so much the watch itself but rather information, Big Data. Eventually, they will probably sell the phone and watch together, then just the watch, as it will feature all the required technology. In general, we will have more and more smart products around (or in) us. Today, we wear two smart objects, tomorrow it will be five. Everything will be connected. This will not stop us from wearing a Swiss analogue watch or a Swiss smartwatch with an analogue dial that brings more emotional added value. The Swiss industry is facing another issue: the financial means to conduct research. Apart from Swatch Group, the Swiss do not have the resources that the American or Korean groups do. And behind smart products is a large field of exploration relating to artificial intelligence. This whole ecosystem is based in Silicon Valley, not in Switzerland. A smart watch with a digital screen can be developed in California or Seoul. You can’t create an ecosystem artificially.

On the other hand, Switzerland has vast expertise in Marin, but also at the EPFL, the HES-SO School of Engineering, at the Sierre business development centre, at the CSEM in Neuchâtel, not to mention the start-ups that are highly active in this domain. Taken together, all this expertise and proven experience can serve to develop an original Swiss solution that would make it possible to strengthen research and production in Switzerland, without necessarily using the Swiss Made label that doesn’t represent a key purchasing factor for this type of product.

There are certainly many smart device projects hidden away in a drawer somewhere at Swatch Group. Its reluctance to release them is understandable, as they’re fighting to maintain their industrial expertise in Switzerland. Tens of thousands of jobs are at stake and it cannot start a wave of panic by proclaiming that the future of the lower end of the market is in smartwatches. I imagine that they also don’t want to associate with a more financially powerful partner from the world of electronics – they have always had a strong desire to keep things in-house. I am certain that Swatch Group is being clear-headed about the situation and is awaiting the opportune moment. I am, however, tired of reading the curses of fortune tellers predicting catastrophe without suggesting any strategic solutions.

The slowdown we’ve been experiencing for several months is not only a result of the arrival of smartwatches. Surplus stock at companies and logistics centres, difficult geopolitical situations, and the limitations on the Chinese market as a result of anti-corruption measures have all played their part. This slowdown will result in a lot of changes in the watch industry, and not just in Switzerland.

“There is a third option for smartwatches: smart analogue. An independent, solar-powered watch that has the option of being smart.”

At the same time, mass electronics and the watch industry will remain as two separate markets. I believe in market segmentation. Photography didn’t kill painting, as a friend and head of a watch company once told me. There will always be artists. But we can no longer talk about the spirit of a product like we did in the past. We need to gain some perspective, the Swiss watch industry isn’t doing so badly! It doubled its turnover in ten years and the fundamentals are still there. It is infuriating, however, to see the drop in creativity due to slowing sales and the lack of courage that luxury brands have shown. For the time being, the general situation is one of deadlock and timid attempts, but above all a wait-and-see attitude towards smart devices. Soprod  and MMT are the only credible players in Switzerland today.

In time, I believe that several types of market will develop in parallel. The purely mechanical watch will continue to exist and luxury marketing will play a more important role. Switzerland ‘only’ exported 21 million pieces in a 1.2 billion unit market in 2015, and this will decrease in size to include only the middle and higher-end products. As for traditional quartz, it is seriously threatened with extinction. Quartz entry-level products by Swiss or Japanese brands will suffer as a result of the ever-increasing market share taken up by smartwatches. This is not a danger if Ronda makes a fresh start in mechanical watches and Citizen diversifies. There will also be the category of smart devices: bracelets, watches, clothes, glasses, luggage, fridges, cars, and even pets. These types of products will number between 25 and 28 billion by 2020 according to estimates by specialist research institutes. Moreover, I believe that there are still vast areas for developments in watchmaking beyond smartwatch innovations. The escapement offers numerous possibilities for development that could render the traditional escapement obsolete, such as using silicon to make it less sensitive to magnetism and less fragile. Lubrication is another area for innovation. My dream would also be to one day design mechanical movements supported by electronics. We could also really adjust the escapement to suit the way it is worn. Look at the leading role played by electronics in cars – here is yet another potential field of innovation that would be a real breakthrough, without sacrificing our traditions, and while protecting jobs!".