Swiss Alp Watch takes a bite out of Apple Watch

Swiss Alp Watch takes a bite out of Apple Watch

H. Moser & Cie has launched its latest creation, the Swiss Alp Watch, as a statement and a challenge against the smartwatch revolution. Designed to mimic the Apple Watch, but featuring a mechanical movement true to Swiss watchmaking heritage, the brand has made its point. But will the rest of the industry get the message?

The watch industry media dubbed 2015 the year of the smartwatch. Although sales figures were underwhelming by some estimates, over 6 million units were moved last year, producing a turnover beyond 6 billion dollars. Backed by tech heavyweights like Apple – and to a lesser extent Samsung and Sony, among others – the market share of smartwatches will likely continue to grow in the coming years. 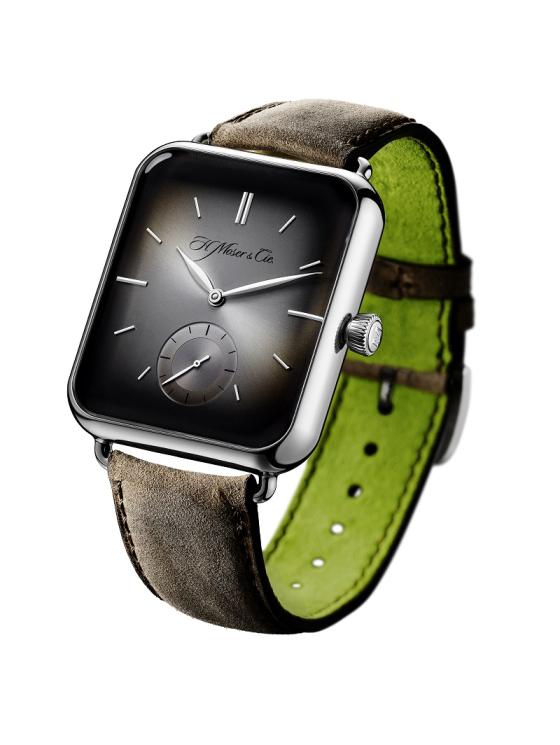 For many, these events were on par with the Quartz revolution over four decades ago, which made watches easier and much cheaper to produce. As a result, we had Swiss giants like Rolex and Omega producing timepieces with Quartz movements. They were adapting to market trends.

Things are not much different today. After the introduction of the modern smartwatch, we are seeing once more the big Swiss players adapting in a new marketplace. TAG Heuer released its own smartwatch in response to the Apple Watch, while others like Montblanc went down the middle road, releasing classic mechanical watches with complementary smart technology. 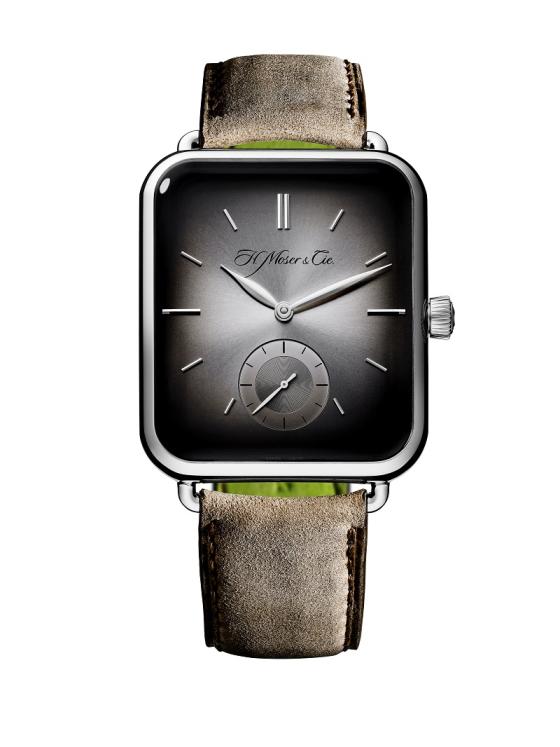 One brand that has not followed the trend and refuses to adapt is H. Moser & Cie. Instead, it has released a new mechanical timepiece, the Swiss Alp Watch. The man at the helm, Edouard Meylan, explains why his company refuses to give in and go the “smart” route:

“I grew up in the heart of the Swiss Alps in a family of watchmakers that date back several generations. Swiss watchmaking is part of our heritage. This heritage has faced serious challenges in the past. My father survived the quartz crisis and often speaks of this trying time, which rallied watchmakers around a unified cause. Today, H. Moser & Cie. launches the Swiss Alp Watch as a statement of this new challenge and to prove that traditional mechanical watchmaking has a future, and it is, in fact, the future.”

Rather than following some of his peers and releasing a mechanical-looking watch with an electronic heart, H. Moser & Cie has chosen to do the opposite. The Swiss Alp Watch is powered by a Swiss Made manufacture movement, which boasts a minimum power reserve of 100 hours. The fact that the hand-wound HMC324 calibre was chosen – rather than an automatic - was probably no coincidence either. It ensures the wearer stays “connected” with the watch only in the traditional way: by winding it. 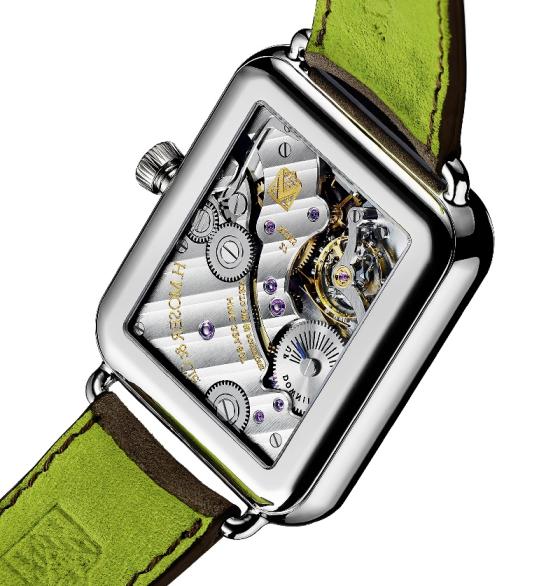 It is complete with a fumé dial - a classic signature dial for H. Moser & Cie – which is nicely paired with a kudu leather strap with a leather lining in Moser green. The colour combinations and case design lend the watch a modern look, which one might normally expect when the design is “borrowed” from one of the most modern and design-savvy tech firms out there, Apple.

According to Edouard Meylan, the Swiss Alp Watch is symbolic:

“It represents our resilience, our ferocious desire to fight for our values and traditions. It embodies everything we believe in… It takes you back to sharing emotions with your nearest and dearest without a filter, interface or embellishment. Most importantly, it is something you can pass on to your children one day without having to upgrade it!”

Yes, the Swiss Alp Watch is a tribute to Swiss watchmaking. But because nearly all brands promote their Swissness and watchmaking heritage, H. Moser & Cie had to do something different to stand out. Their choice was quite obvious, and surely meant to be provocative: replicate the design of the Apple Watch, but stay true to Swiss watchmaking at the core. Even the name chosen for the new watch can’t get any more Swiss (unless of course, they called it the “Fondue Watch”). 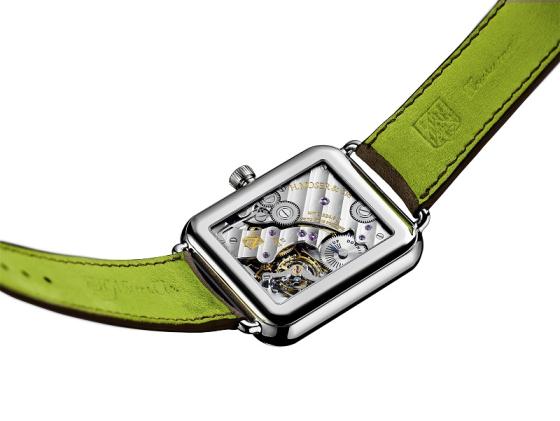 The brand might tell you that their new Swiss Alp Watch is a stand against smartwatches, and that no other brand is fighting the smartwatch revolution, but rather they are falling into it. But the brand hasn’t really managed to flip the script entirely with its new, limited edition watch.

When the Quartz revolution happened, Rolex didn’t release a more expensive, $25,000 watch in 18 carat white gold, like the Swiss Alp Watch. Rather that fighting against it completely, they also used more afforadble Quartz movements in their watches. Today, Rolex continues to make classic Swiss timepieces, and we don’t really hear them being too concerned with smartwatches and the threat of the new revolution that Meylan warns us about.

By basing their design on the Apple Watch, H. Moser & Cie will stand get a good piece of media coverage (and add me to that list, too). And their strong convitions about what watchmaking should be are admirable. But how much this will actually challenge the smartwatch revolution is questionable.