The increasing demands on after-sales service have resulted in long delays for customers. In order to minimize the bad mood that accompanies this period, the watch industry is investigating new solutions, such as loaning replacement watches to customers. A good idea?

EXECUTIVE BRIEF • The increasing popularity of mechanical and Haute Horlogerie watches has created a service problem for the watch industry. • The introduction of “courtesy watches” has turned the problem into an opportunity. • However, customer satisfaction happens only when this system is carefully applied.

Much like owning a car, a mechanical watch requires regular service, whether it is a routine tune-up or a more complex repair. However, service is usually an afterthought when making a watch purchase.

According to the Federation of the Swiss Watch Industry FH, between 2000 and 2013 the number of mechanical watches exported by Switzerland alone tripled to about 7.5 million. It is common understanding that about 10% of watches in circulation at any given time are being serviced. But with the number of watches in circulation increasing by the year, companies will eventually need to service more watches than are being produced in a given year. For example, the New York Times has reported that while Patek Phillippe produces about 50,000 watches annually, it has anywhere between 30,000 and 50,000 return for service each year.

Ironically, the watch industry is a victim of its own success.

Ironically, the watch industry is a victim of its own success. This “service problem” can be a ticking time bomb for the industry. Unfortunately, the number of highly qualified watchmakers has not increased to alleviate the problem. The result is high costs and extended waiting times for servicing. More complex repairs, which often require shipping the watch back to manufacturing headquarters in Switzerland, can take up to 6 months or more and cost thousands of dollars.

The service issue seems inevitable, but some have prevented the time bomb from going off. In response, brands and retailers have placed service directly in the spotlight, as an integral part of their marketing strategies. One approach is providing so-called “courtesy watches”, where Hublot has made headlines. 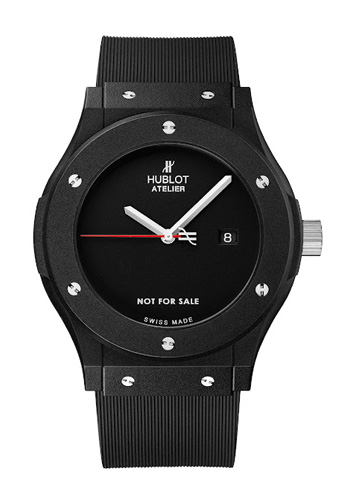 Hublot has prioritized after-sales service as part of its overall business strategy, considering it as ‘the company’s visiting card’. Based on that philosophy, they announced the introduction of an “Atelier Watch” in late 2012. According to the brand, the idea behind the watch is to maintain the connection with their customers.

Hublot has prioritized after-sales service as part of its overall business strategy, considering it as ‘the company’s visiting card’.

“The Hublot customer is an integral part of our Hublot family. While his personal watch is being taken care of, we will be very pleased to provide him with an ‘Atelier Watch’. With this, he will remain both physically and emotionally connected to Hublot until his personal timepiece will be returned in perfect condition”, declared Ricardo Guadalupe, Hublot’s CEO.

Based on its intended purpose, the watch is aptly named. Meaning “workshop” in French, the “Atelier” name on the dial reminds its new (and temporary) owner that their personal watch is on the workshop desk for service. True to the Hublot style, the face has visible steel screws and a composite case. Perhaps not so typical is that it houses a quartz movement.

The choice of movement has been met with mixed reviews. Some customers have equated this gesture to purchasing an Omega and receiving a Swatch as a replacement. After spending thousands of dollars on a luxury mechanical watch, to receive a quartz might be a let down to some. In part it is an issue of cost and practicality. The cheaper quartz is indeed less likely to break down itself. Another point of controversy has been that Hublot has stamped “not for sale” across the dial.

Bulgari and Swatch also tried something similar, but they ran into a problem: some customers reportedly refused to return the loan watches.

The concern of resale was not unfounded: Bulgari and Swatch also tried something similar, but they ran into a problem: some customers reportedly refused to return the loan watches. Ironically, the bold statement on the watch’s dial implies a lack of trust by Hublot, fearing its own customers’ intentions. If the objective of the watch is to avoid breaking the emotional connection between the customer and the brand, the gesture might not help.

Retailers have also introduced similar service options. According to WatchPro, U.K. based John Pass Jewelers introduced a line of Tissot PR100 loan watches. The watches were so popular among customers that the number of Tissot they sold also increased. They were also more discreet - unlike Hublot, “loan watch” was engraved on the back of the case. 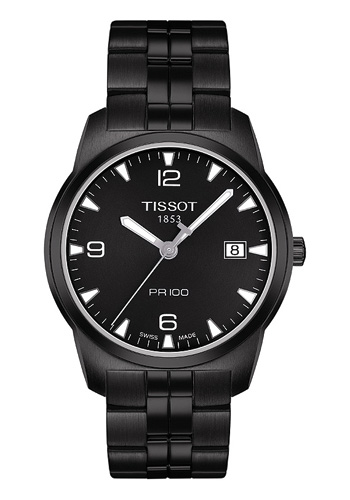 As part of their Watch Valet Service, Australia’s Define Watches introduced courtesy watches for customers whose service time is more than three weeks. According to owner Lydia Dalle Nogare, the strategy has been a success. “In many cases, courtesy watches from the likes of Sinn and Mühle-Glashütte ended up being purchased by the customer who has had them on loan.” Customers also appreciate the retailer’s domestic service centre, which prevents excessive delays associated with shipping watches from Australia to Europe for servicing.

German-based Wempe also has a very comprehensive service program. With on-site watchmakers across their international locations, waiting times are reduced to around three weeks. Nevertheless, the retailer provides approximately 13,000 courtesy watches every year, often without requests by customers. According to Wempe, “customers are surprised when they receive a courtesy watch” and the service has been very well received. 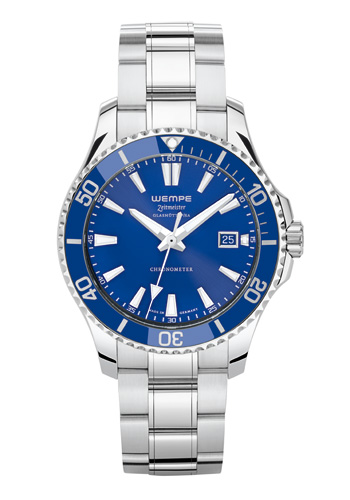 “In many cases, courtesy watches from the likes of Sinn and Mühle-Glashütte ended up being purchased by the customer who has had them on loan.”

Such retailers are not only keeping customers happy with courtesy watches, but they have also leveraged after-sales service to inadvertedly boost sales. However, the Hublot experience shows just how discerning customers can be. The choice and execution of after-sales strategy must therefore be well thought out.

Courtesy watches are, in effect, a reactive strategy. They assume that watches will always need servicing, and customers appreciate a replacement watch to address the issue of long waiting times. But what if a watch would not require regular service in the first place?

For years, brands like Jaeger-LeCoultre have been experimenting with new materials as a preventative approach to service. By anticipating issues in the design phase, the objective is to make watches that do not come back for servicing. 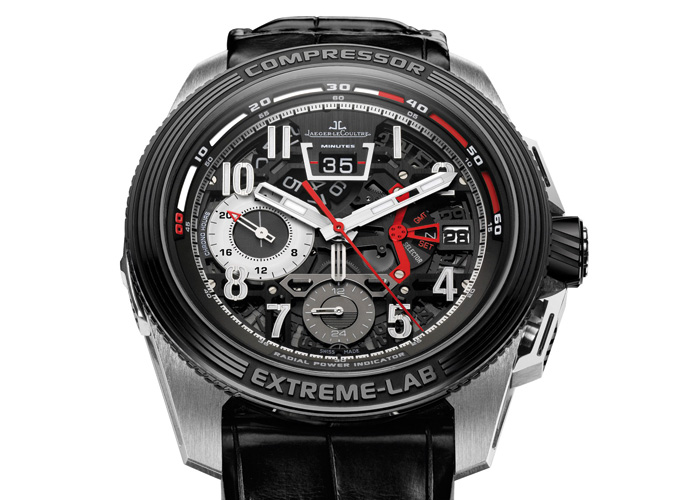 For instance, their pioneering Master Compressor Extreme LAB houses an oil and lubricant free Calibre 988C movement. The use of new compounds (such as easium carbonitride) allows moving parts in the watch to run dry. The execution is complex, but the underlying idea is simple: with changing temperature and use over time, lubricants degrade, which affects the accuracy and longevity of a watch. As a result, their watch can work at temperatures of -40 degree Celsius&nbsp:, where conventional lubricants and oils would freeze and stop the movement.

The use of new technologies can be the next revolution in mechanical watchmaking. The consequence of such innovation for service is clear: waiting times are not only reduced, but they are nearly eliminated altogether.

We continue our survey of the best and worst of customer services as experienced by the customer-facing retailers with the second part of the article that (...)