Every market needs a strong symbolic leader, a locomotive, a benchmark to ensure its survival. Rolex is that symbol for the “traditional” watch, and Apple for the “connected” watch. The two markets appear to be able to coexist happily in the long run, contrary to what we may have believed.

Every market needs a strong symbolic leader, a locomotive, a benchmark to ensure its survival. Rolex is that symbol for the “traditional” watch, and Apple for the “connected” watch. The two markets appear to be able to coexist happily in the long run, contrary to what we may have believed.
E

ach stands out, whether it’s through the sheer strength of its brand, or its ability to convince a bare wrist it’s better to be encircled by an object that delivers a variety of data. On the one hand, we’re talking about a symbolic logo embellished by hands, counters and pushpieces; and on the other, we have a heart rate, or an SMS from one’s girlfriend (the two are often connected...). We are, of course, referring to the big debate that rocked the watchmaking world when the launch of the Apple Watch was announced in 2014.

Yet that debate seems to have more or less disappeared from the radar, despite it being the daily topic of watchmaking discussion just a short while ago. Remember when Google and Intel turned up at the entrance of Baselworld? Horror! Meanwhile, Intel has largely abandoned the connected watch market... Not enough demand for the mass-market player. Conversely, Apple Watch has now become the hands down leader on the connected watch market. 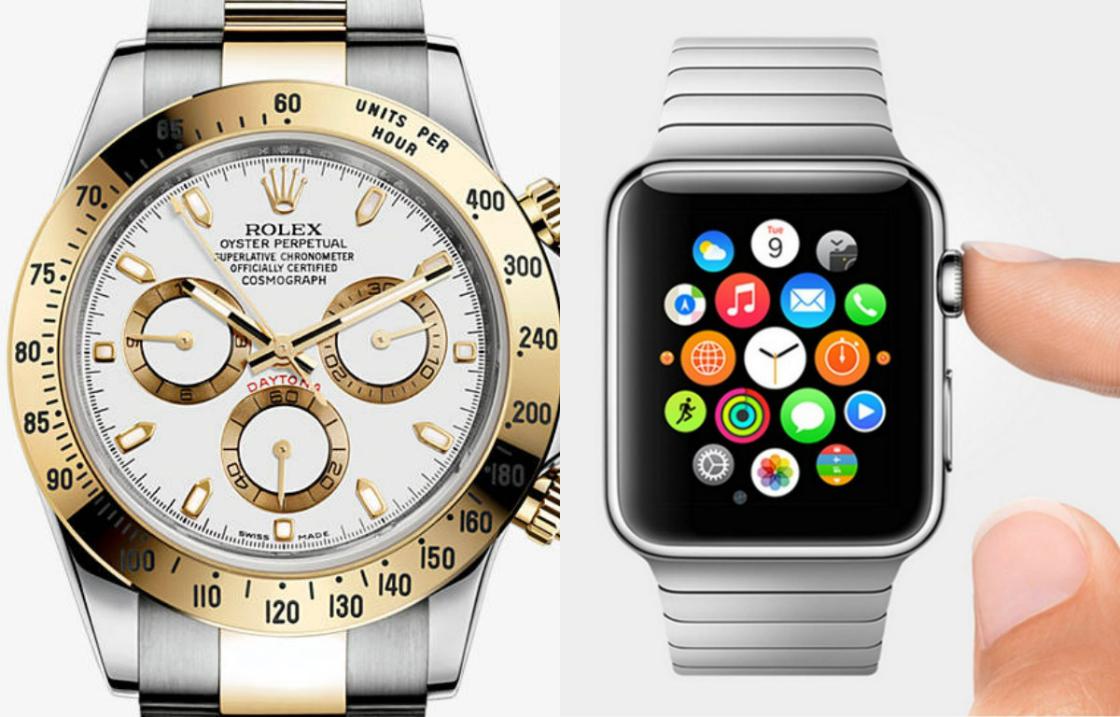 Telling the time can be useful

In an interesting article by our colleague over at Le Temps, Valère Gogniat mused on the timepieces gracing the wrists of the world’s most influential figures at the latest Davos Economic Forum, from businessmen to political leaders. The verdict? Despite the handful of naked wrists, there were a few mechanical or quartz watches, but the Rolexes and Apple Watches were plentiful.

It’s an accurate reflection of the current market situation. You buy a Rolex (and by extension other traditional watchmaking brands) not just for its symbolic power of attraction, but also for its tried and tested reliability and even (believe it or not!) to tell the time.

Because, despite the soothing words of many an industry executive when faced with accusations that watches have lost their ability to tell the time, you’ve got to admit, having a wristwatch is much easier than taking your smartphone out every five minutes. On the subject of time-telling, Rolex remains the master of the game, with 4.7 billion dollars in sales every year, according to Vontobel estimates, as against 1.8 billion for its challenger, Omega. Then again, “Vontobel’s figures are always wrong, but increasingly less so every year,” as one anonymous watchmaking executive commented wryly. 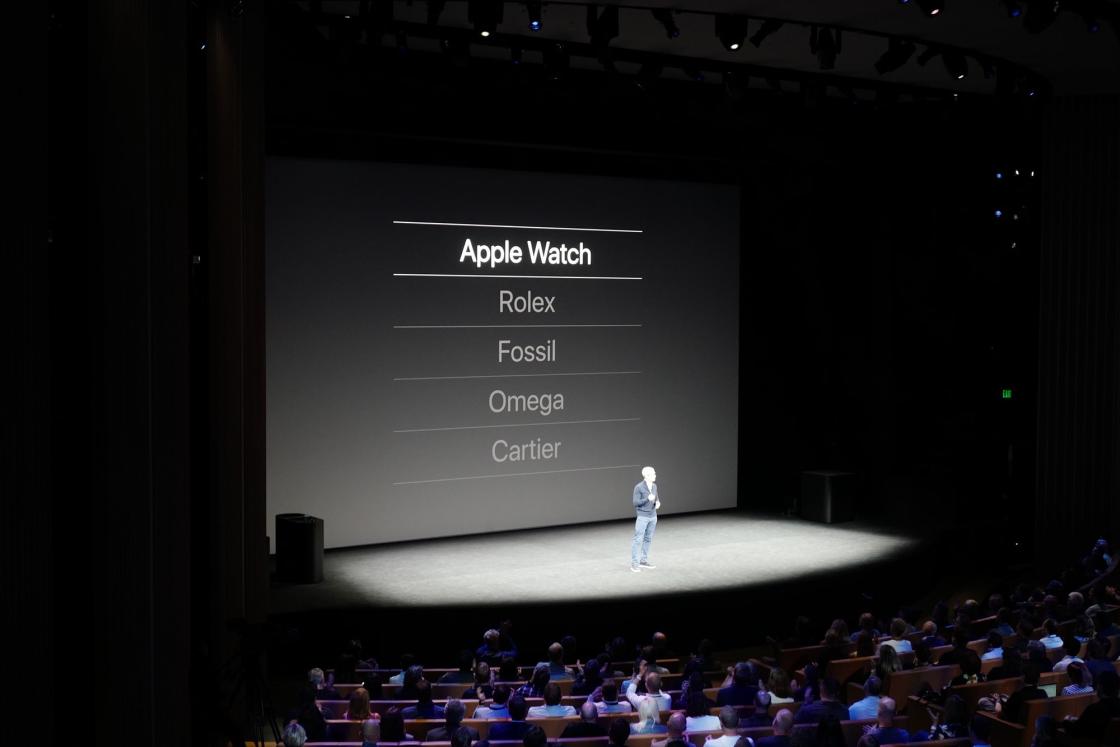 On the other hand, although Apple may not have had the same success with the Apple Watch as with the iPhone or the iPad, it is clear that the Californian giant has succeeded in capturing millions of wrists. With 18 million units sold last year, according to Fortune magazine, it accounts for more or less half the sales of smartwatches in the world. On 1st February, the company, although lacking in any accurate official data, announced that its Series 3 model (for the time being disconnected from the mobile phone), was selling for “twice as much” as its predecessor and that it was thought to be posting a growth in sales of around 50% for the fourth consecutive quarter. In this era of the quantified self and at a time when the issue of healthobsession is rivalled only by that of self-obsession, does this really come as such a surprise?

... it’s amazing how often Rolex and Apple feature prominently in their subconscious.

Rooted in the collective unconscious

This does not preclude the possibility of a technological hybrid form in the future. The possibilities are endless, as we demonstrate in this feature. But the traditional and connected watch industries can at least count on a few strong symbols, which look like they’re here to stay.

We all have friends who are blissfully ignorant of the watchmaking world (poor souls!), so it might be fun to ask them to name a few watch brands... Apart from Swatch, which is popular with kids from an early age, or the leading names in the luxury goods industry who also dabble in watchmaking, it’s amazing how often Rolex and Apple feature prominently in their subconscious. And for the moment, even they can tell the difference between the two...

ARCHIVES The opening up of luxury watchmaking to contemporary creative horizons may have begun when Gerald Genta made a splash at the “Montres et Bijoux” exhibition (...)

THE WATCH FILE The coronavirus crisis is leading to grand-scale initiatives, such as total lockdowns, which would have been considered impossible only a few weeks ago. We (...)