The watchmaking industry shoots at hoot and slide, and everyone starts to play in their own corner. My living room, my exhibition, my summit, my meetings. A short-term strategy.

The watchmaking industry shoots at hoot and slide, and everyone starts to play in their own corner. My living room, my exhibition, my summit, my meetings. A short-term strategy.
W

hat does watchmaking in general and the brands that make it up in particular have to gain from the atomisation in progress?

As we have often said and repeated, watchmaking is only a mirror of society and the major currents that run through it. And, at this time, one of these major trends is the retreat within its own borders, the reaffirmation of its own sovereignty, the rise of a new protectionism. Examples abound, from the current Brexit to the trumpism destroying the established alliances, to name only two, major ones.

Aren’t we stronger, more creative, more stimulating and stimulated by being together rather than in a strict self?

It seems that the watchmaking industry, uncertain of its future, is caught up in the same frenzy. It is now everyone for themselves: my private lounge, my summit strictly reserved for my customers, my personal fair, my guests, my network of exclusive boutiques, my own distribution channel....

We ask again: does watchmaking have anything to gain from this fragmentation, this crumbling, this “puzzle-like” dispersion?

Aren’t we stronger, more creative, more stimulating and stimulated by being together rather than in a strict self? 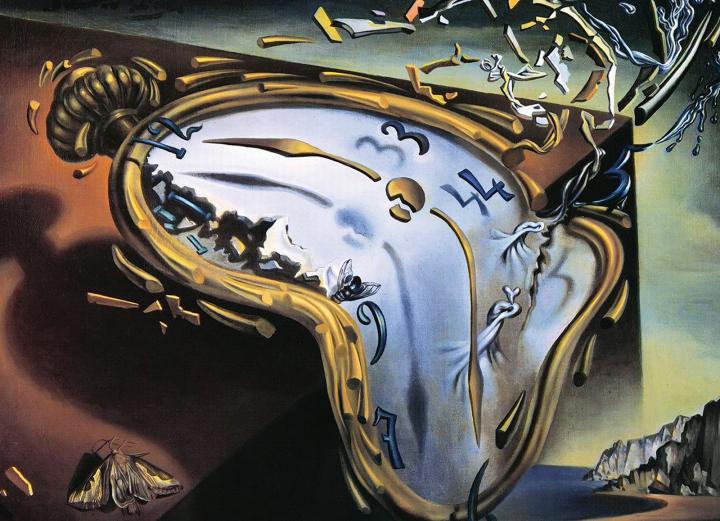 Salvador Dali: Soft watch at the time of the first explosion

A symptom of fear

On closer inspection, this retreat into his own castle is a symptom of fear and not a demonstration of strength. The watchmaking industry is disoriented. She feels, without admitting it to herself, that she is on the way to marginalization. The watch is no longer this central object of modernity, combining beauty, personality and utility. It has become one of many accessories that is easy to dispense with.

Time, its primary function, being now available everywhere with atomic precision, the watch has become an object of pure luxury. Whatever its price, it is something useless, “free” but reassuring about oneself, about one’s social status, about one’s personality. If you need a real tool, the connected watch is there. But it’s no longer watchmaking, it’s on-board electronics and more or less well packaged. It is still called “watch” but by default, because it occupies the place on the wrist.

None of this means that watchmaking will disappear from the radar. But her signal is fading and she has certainly lost her central place. She needs to be talked about. By leaving a Baselworld or SIHH, brands may save money in the short term but only weaken collectively in the long term.

If all of a sudden everyone is talking about cinema, it is because there is the Cannes Film Festival or the Oscar ceremony. And if suddenly everyone was talking about watchmaking, about all watchmaking, it was because there was a Baselworld or a SIHH, wonderful sound boxes, addressing a much wider and more diverse global audience than just the “friends” and affidados of this or that brand, hand-picked and gathered in private conclave.

If all of a sudden everyone is talking about cinema, it is because there is the Cannes Film Festival or the Oscar ceremony.

Watchmaking often thinks of itself as the centre of the world and of attention, but it is a sin of pride. To exist, it needs to attract the spotlight once or twice a year by bringing together all its actors, large and small, groups and independents.

The strategy of the rider alone can be effective for this or that. But if everyone gets down to it, imagine hell, for the retailers - yes, there are still some -, the journalists, the whole “community”. If everything scatters, the wind will pick up the dead leaves.

For example, who spoke of the Swatch Group’s new products, which were absent from Baselworld and withdrawn in Zurich, far from the spotlight? They will be distilled by dropping, scattered. Not sure it’s really the right track. 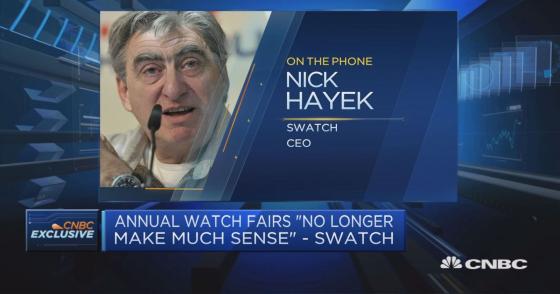 P.S. At the time of writing this article, we learn that LVMH has decided to stay in Baselworld. Good news.

KTS (Kairos Technology Switzerland SA) takes over the reins of HYT, acquires all of its assets and appoints David Cerrato CEO. This revival aims to ensure (...)