“A Purnell watch is a bit like kinetic art”


The Purnell brand was born in 2020, out of a meeting between an entrepreneur, Maurizio Mazzocchi, and a genius engineer, Eric Coudray. When the former discovered the latter’s master creation – the Spherion, a three-axis tourbillon – he decided to launch a brand dedicated primarily to tourbillons, which today appeal to a very wealthy clientele.

“A Purnell watch is a bit like kinetic art”

The Purnell brand was born in 2020, out of a meeting between an entrepreneur, Maurizio Mazzocchi, and a genius engineer, Eric Coudray. When the former discovered the latter’s master creation – the Spherion, a three-axis tourbillon – he decided to launch a brand dedicated primarily to tourbillons, which today appeal to a very wealthy clientele.
T

he watchmaking world is one with which Maurizio Mazzocchi, CEO of Purnell, has been very familiar with since his teenage years. His father was the president of Heuer in the United States. Through him, he witnessed the renaissance of Swiss watchmaking. This kind of experience leaves its mark.

It was a special time: “We were in the post-quartz and pre-boom era of mechanical watches, an in-between world,” he says. “There were still brands like Patek Philippe, Vacheron Constantin and a few others, the last of the Mohicans, who were trying to save Swiss watchmaking. But, according to the vision of the time, they were dinosaurs heading for extinction.”

Maurizio Mazzocchi thought he wanted to be a professional footballer, but when he realized he wasn’t going to make it he followed his father into watchmaking. His mentors included the likes of Nicolas Hayek and Jean-Claude Biver. He also worked with Carlos Dias at Roger Dubuis and Jacob Arabo, the founder of Jacob & Co. All of them taught him that the only limits are those we create for ourselves. 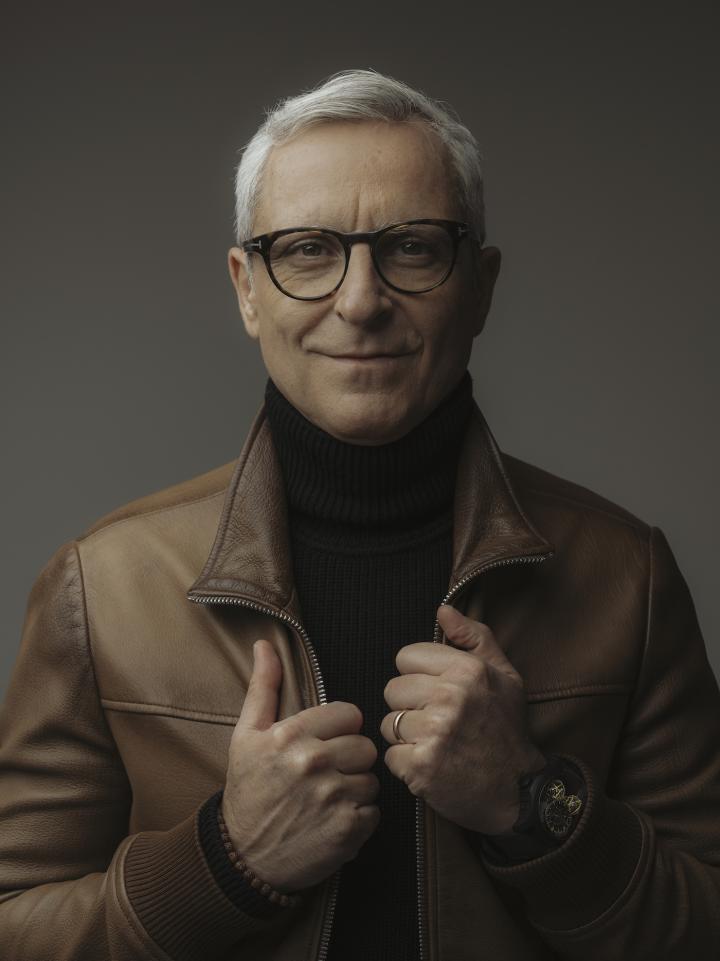 The meeting with Eric Coudray, who designed the Spherion movement, a novel three-axis tourbillon, proved decisive. Maurizio Mazzocchi decided to bet everything on this watchmaking wizard, and in 2020 created a brand primarily dedicated to tourbillons. The brand was named Purnell. Interview. 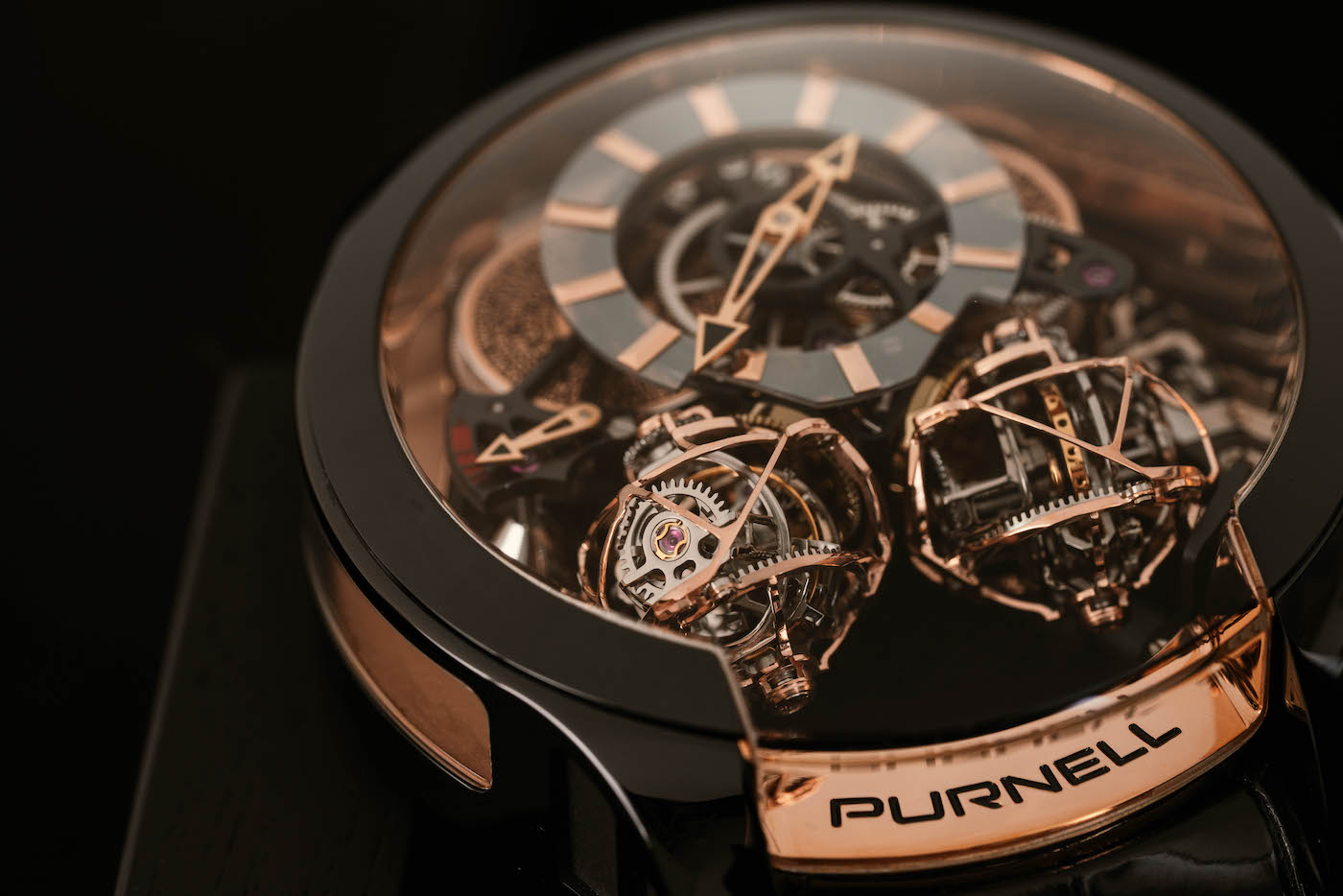 Europa Star: What persuaded you to embark on this adventure?

Maurizio Mazzocchi: One day I received a call to consult on a project. It turned out to be Eric Coudray’s Spherion movement. I decided to take full responsibility for it: I created the Purnell company and the adventure began. My main virtue, if you can call it that, is that I believed I could build a brand with this movement, which is very difficult to do. Eric Coudray used both the Potter escapement (named after the 19th century watchmaker and inventor Albert H. Potter) and the concept of the gyrotourbillon that he had created for Jaeger-LeCoultre. And that’s how he developed the Spherion. This technique will go down in history! If you look at the genesis of tourbillons since the first one invented by Abraham-Louis Breguet 220 years ago, the Spherion is the final step. No one has created anything more complex since then. Eric Coudray is an engineer whose achievements border on genius.

“If you look at the genesis of tourbillons since the first one invented by Abraham-Louis Breguet 220 years ago, the Spherion is the final step.” 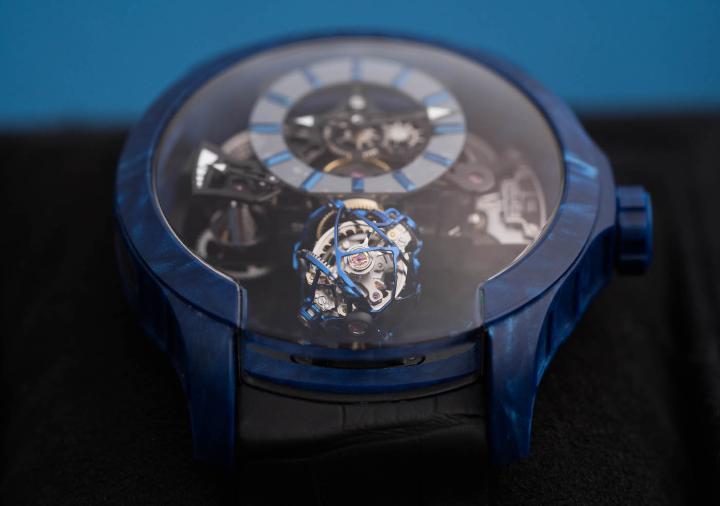 The average price of your watches is CHF 400,000. That’s a bold positioning.

This movement is very expensive to make. Our craftsmen break four or five monobloc sapphire cases before they get one right. Everything is done by hand, it takes hours. Eric Coudray designed the tourbillon cages: each one weighs 0.79 g. Only a technician can understand this. All this comes at a price! We made fewer than 100 pieces last year, and this year we’ll make 150 to 200 pieces at most. But I’d like to know of anything more incredible produced in the last three years! The Spherion is visually very striking. It’s the most energy-intensive movement in the world, and to power it we had to use six barrels. The power reserve is only 32 hours, which is why we invented a small tool to automatically wind the watch. This product is still not well understood, but I think in the future it will become a classic. 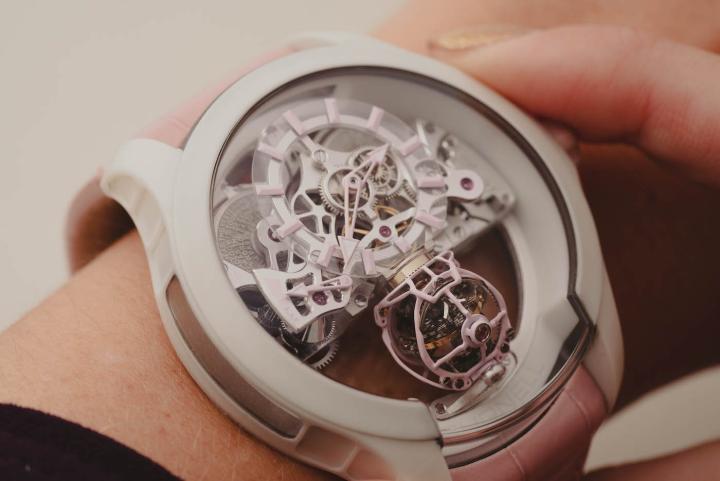 You are targeting a clientele with very high purchasing power. How do they find you?

You have to go back years, to the origins of Franck Muller. He succeeded in reaching a clientele that bought Patek Philippe watches, but who quickly became interested in contemporary watchmaking, which respects the classic codes while daring to push the envelope. Roger Dubuis took over with the Excalibur watch, then it was Richard Mille’s turn. These brands succeeded in reaching a clientele looking to acquire contemporary timepieces, in the same way as they buy contemporary art.

I’ve been with this clientele, I know where they go, where they dine, what they listen to. They include surgeons and entrepreneurs who buy four or five watches from us at a time. When these customers open their safes and look at their fifty watches, I want the Purnell to be the one they choose, because it puts a smile on their face. When you look at our watch, you don’t have to open the case to see the movement. The emotion comes from the movement.

“The Spherion is visually very striking. It’s the most energy-intensive movement in the world, and to power it we had to use six barrels.”

You have created a special model for the Ballon d’Or, and you’re the official watchmaker for AS Monaco. Why this focus on the world of football?

For many reasons. I used to be a footballer, so it’s a world that speaks to me. Secondly, sport is a powerful vehicle for communication. The Ballon d’Or is unique and exclusive: we share the same values. We’re linking ourselves to a sport, not to a personality. Our clients don’t want to identify with any individual player. But we can certainly identify with the values of the trophy, and the history of France Football magazine, which dates back to 1946. As for AS Monaco, we fully identify with its slogan: “Rise. Risk. Repeat.”