If you needed a demonstration that time is cyclical, the ebb and flow of trends could serve as useful pointers. After a decade in which watches have continued to grow in size, they are now shrinking again, in both diameter and thickness.

If you needed a demonstration that time is cyclical, the ebb and flow of trends could serve as useful pointers. After a decade in which watches have continued to grow in size, they are now shrinking again, in both diameter and thickness.
S

lim, thin, extra-flat watches are the latest trend, as they have been on occasion in the past. 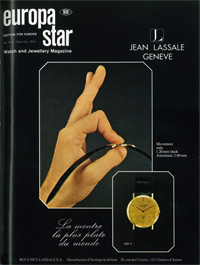 In 1976, for example, the cover of Europa Star was dedicated to Jean Lassale, who had just unveiled “the world’s thinnest watch”, with a hand-wound movement measuring just 1.2 mm thick (2.00 mm for the automatic version). At the time, Gilles Baillod, editor-in-chief of L’Impartial and a great watch connoisseur, wrote: “In the field of mechanical watchmaking, we didn’t really expect any more mechanical inventions that could be considered great discoveries.

And yet! At the Basel Fair in April 1976, a man who was unknown, or virtually unknown, to the watchmaking establishment, unveiled an innovation that captured the attention of technicians and stylists alike with a movement so thin that it defied the logical underpinnings of watch mechanics, measuring just 1.2 millimetres thick. This calibre is as bold as it is brilliant. It incorporates a number of ingenious solutions that could be of interest to all watch manufacturers, although not at a thickness of 1.2 millimetres...”

Designed by watchmaker Pierre Mathys, this movement was revolutionary in a number of ways, but particularly in one of its more unique aspects: for the first time, every element of the gear train rotated on a single bearing driven into a bearing block, which itself was part of the baseplate, incorporating the thickness of the movement itself. However, the Jean Lassale company got into difficulties, and Seiko took over in 1979 (beating Omega to it). The patents for calibre 1200 and calibre 2000, however, ended up in the hands of Nouvelle Lemania. Lemania supplied them exclusively to Piaget and, later, after Piaget was taken over by Cartier, Lemania also supplied them to Vacheron Constantin. Today, slim watches are making a comeback. 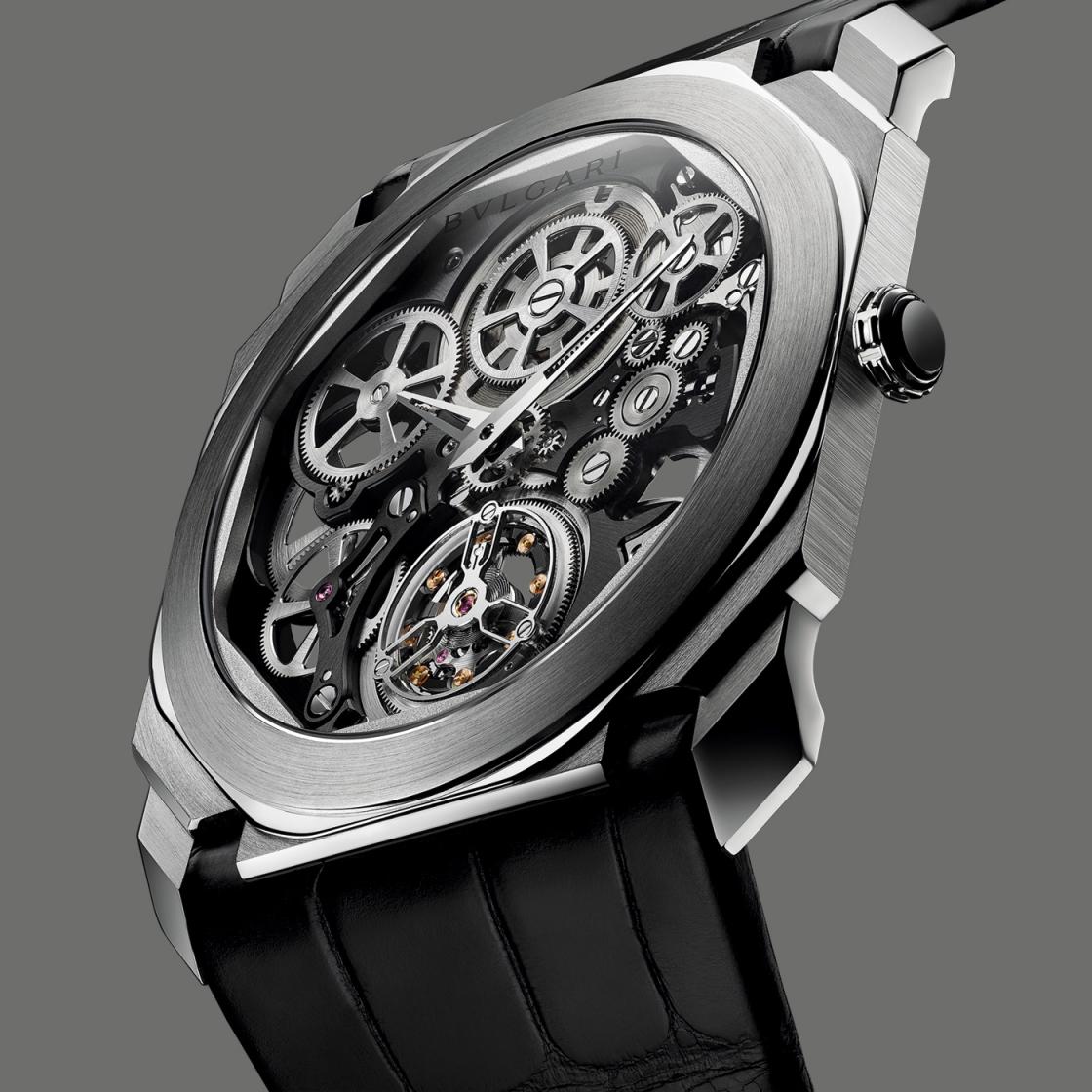 At a record-setting 1.95 mm, the Bulgari calibre BVL 268 Finissimo Tourbillon remains the world’s thinnest tourbillon movement. Now fully skeletonised and visible from both sides of the watch, it gives up some of the “secrets” that enabled Bulgari to achieve this astonishing feat of miniaturisation. The cage of the flying tourbillon is driven by a peripheral mechanism mounted on ball-bearings, which considerably reduces the total height of the movement. Its 62-hour power reserve, an amazing feat for an ultra-thin movement, is also the result of innovative use of ball-bearings: the barrel spring is in fact a slip-spring, and the barrel itself is supported on three ball-bearings, which doubles the height of the spring and thus achieves an 80% increase in the power reserve.

The Octo Finissimo Tourbillon Squelette is the latest addition to the Octo Finissimo collection, following in the footsteps of the extraordinary Minute Repeater presented last year, which was equipped with the calibre BVL 362, itself no slouch in the thinness department, at 3.12 mm. 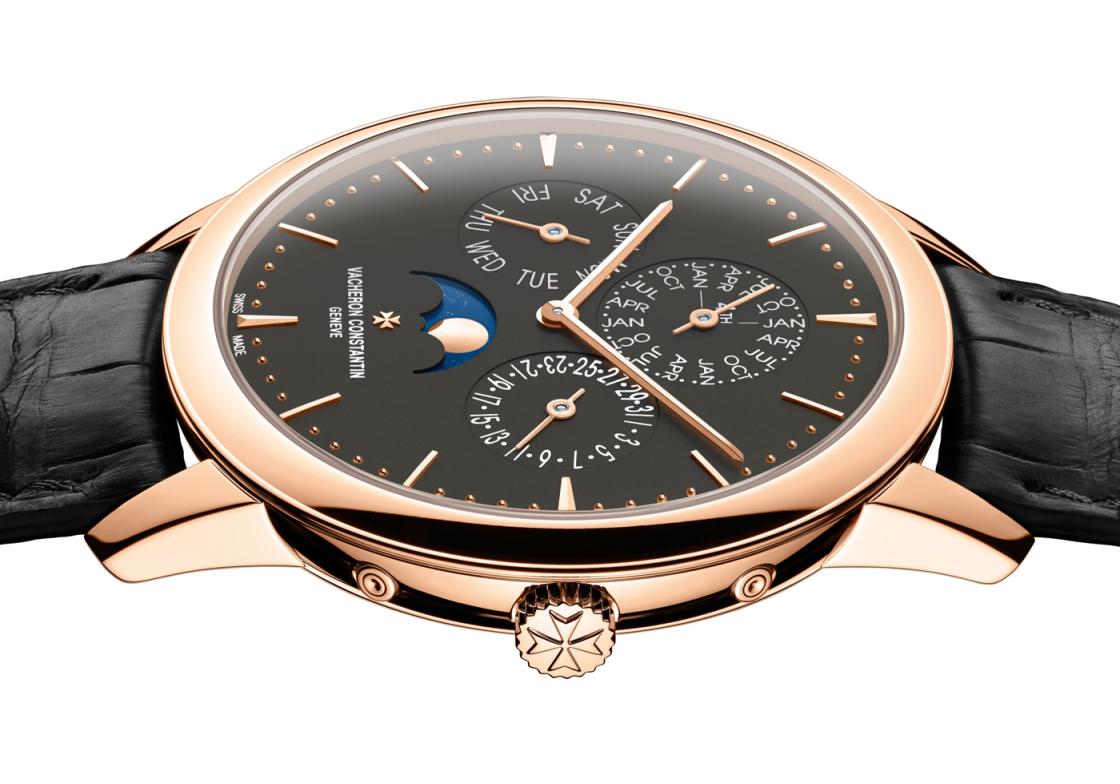 Among the great watchmaking houses, Vacheron Constantin has some very serious references in the ultra-thin segment, including the calibre 1003, which came out in 1955. At its debut, this manually wound Geneva-hallmarked movement was the thinnest in the world, measuring just 1.64 mm (almost the same as a 5 Euro cent coin), a mere 0.44 mm more than Jean Lassale’s calibre 1200, which would not appear until 21 years later. Vacheron Constantin’s expertise in ultra-thin technology goes back even further, in fact: in 1931 Vacheron Constantin unveiled the world’s thinnest pocket watch, built on a movement 0.90 mm deep. But at such minute tolerances, the exercise becomes something of a tightrope walk.

The last product of Vacheron Constantin’s longstanding relationship with millimetres and their tenths and hundredths is the automatic 1120 QP calibre, which is 4.05 mm deep. This stunning achievement of miniaturisation and reliability was the result of a classic, traditional construction. Displaying hours, minutes, perpetual calendar (day of the week, date, 48-month counter with leap year) and moon phases, the Vacheron Constantin Patrimony Quantième Perpétuel comes in a case just 8.90 mm deep. 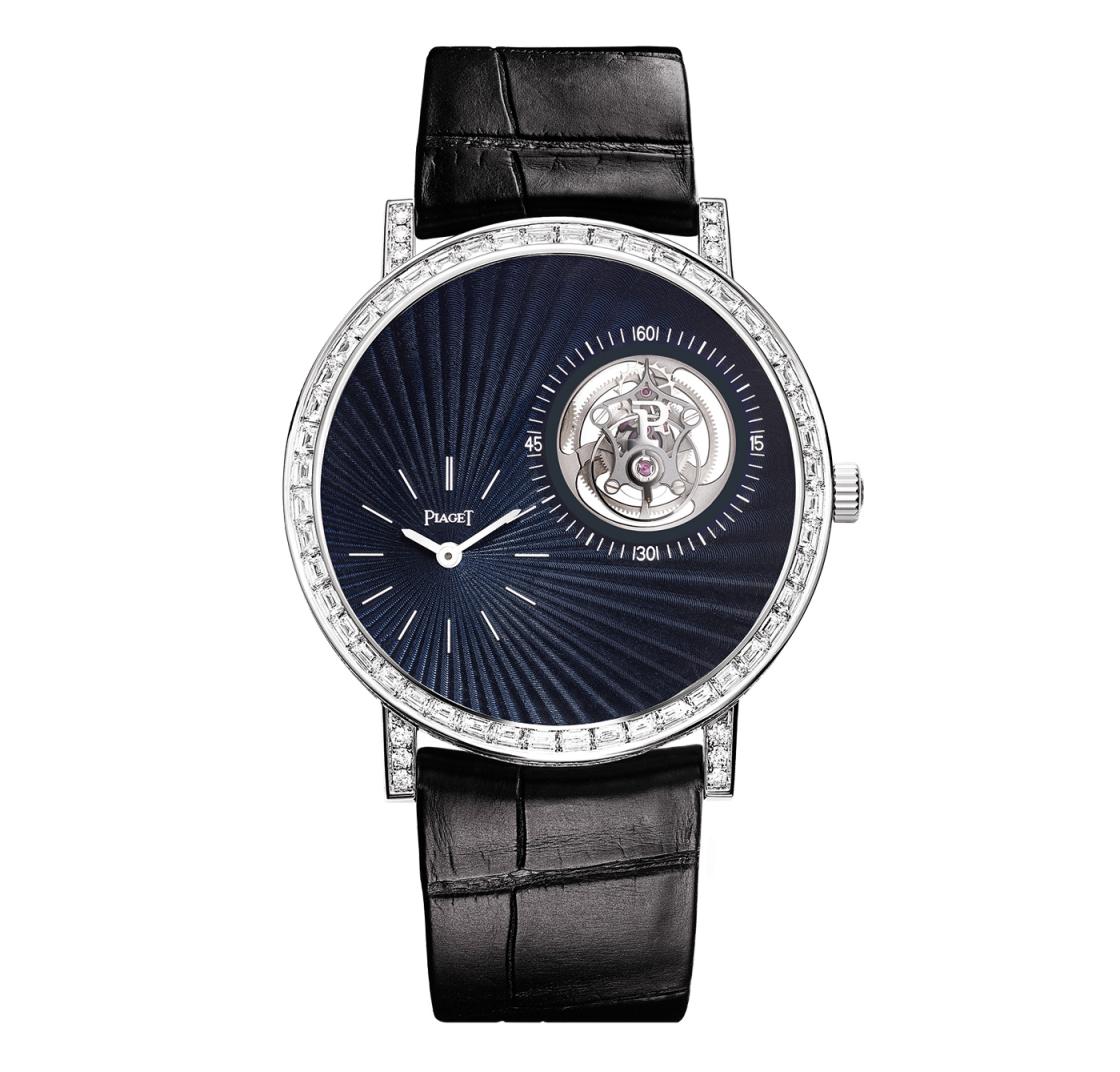 Piaget didn’t wait around for Jean Lassale to develop his 1200 calibre to venture into the domain of the ultra-thin watch. As early as the 1957 Basel Fair, Piaget presented its manually wound calibre 9P, which measured 2.00 mm (0.8 mm more than Lassale’s future 1200). Three years later, in 1960, the 12P made its appearance: an automatic 2.3 mm calibre, made possible by the use of an off-centre micro-rotor. This achievement was justly applauded at the time. This mastery of ultra-thin movements, combined with a generous dial size, enabled Piaget to develop a particularly elegant, understated style which became an international success. This year, to mark the 60th anniversary of Piaget’s commitment to the ultra-thin watch, the company is unveiling a whole series of new slim versions. They include the Altiplano Tourbillon Haute Joaillerie, a rare example of a tourbillon in an extra-thin watch. The movement that drives it, the manually-wound 670P, measures a remarkable 4.6 mm deep. The tourbillon cage weighs just 0.2 g. 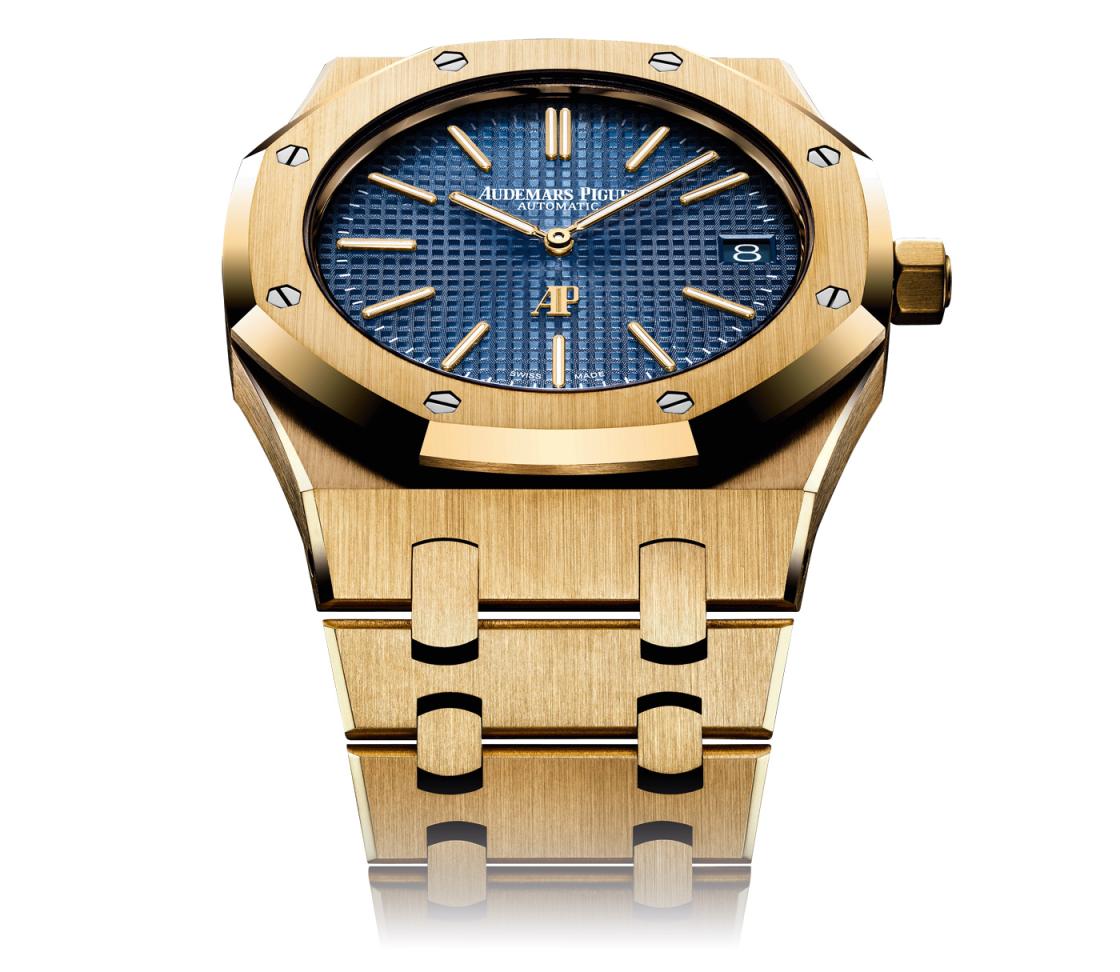 The calibre 2121 that drives the new AP Royal Oak Extra-Thin is the secret behind the legendary Royal Oak, which made its debut in 1972. Contrary to appearances, the apparent solidity of Gérald Genta’s design of the first Royal Oak required an ultra-thin movement. But the calibre didn’t come out of nowhere. It was preceded by a long history of rivalry and collaboration between Audemars Piguet, Jaeger-LeCoultre and Vacheron Constantin. Its heritage can be traced back to 1921, when Audemars Piguet introduced a pocket watch movement measuring 1.32 mm thick, in response to the 1.38 mm movement unveiled by Jaeger-LeCoultre in 1907. This was followed in 1953 by the calibre 2003, developed by all three watchmakers in collaboration, then in 1967 the first automatic calibre, the 2020 measuring 2.45 mm, designed by a fourth partner, Patek Philippe. Its descendant, the 2121, with a thickness of 3.05 mm, launched by Audemars Piguet in 1972, is where the Royal Oak saga begins. The latest chapter of that saga features the new extra-thin Royal Oak in yellow gold, driven by the 2121. 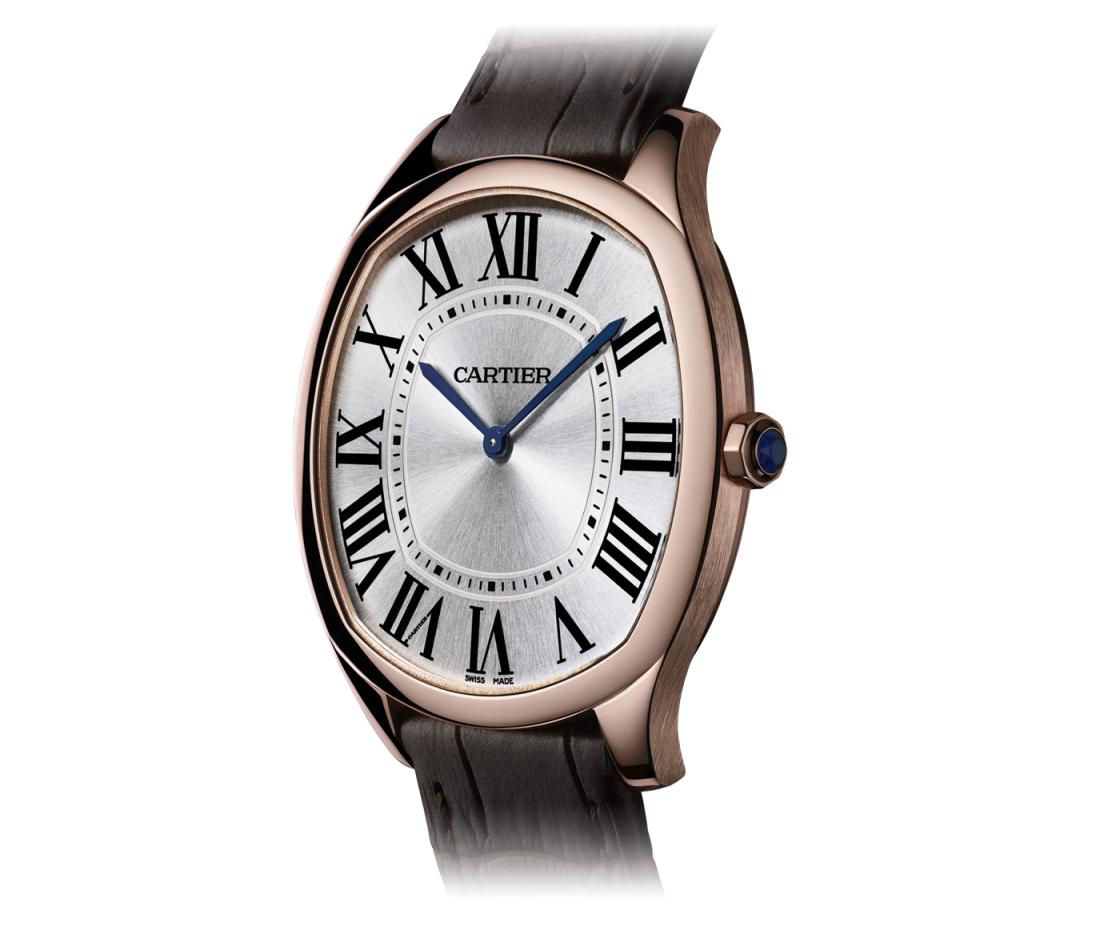 With a total thickness of 6.6 mm, which is 40% slimmer than the previous automatic version, the Cartier Drive Extra-Plate is undeniably elegant. Its slim profile is down to the manually-wound 430 MC movement. The same movement, with its 131 parts, was used to drive the very slender (5.1 mm total depth) Tank XL ultra-thin, which came out in 2012. 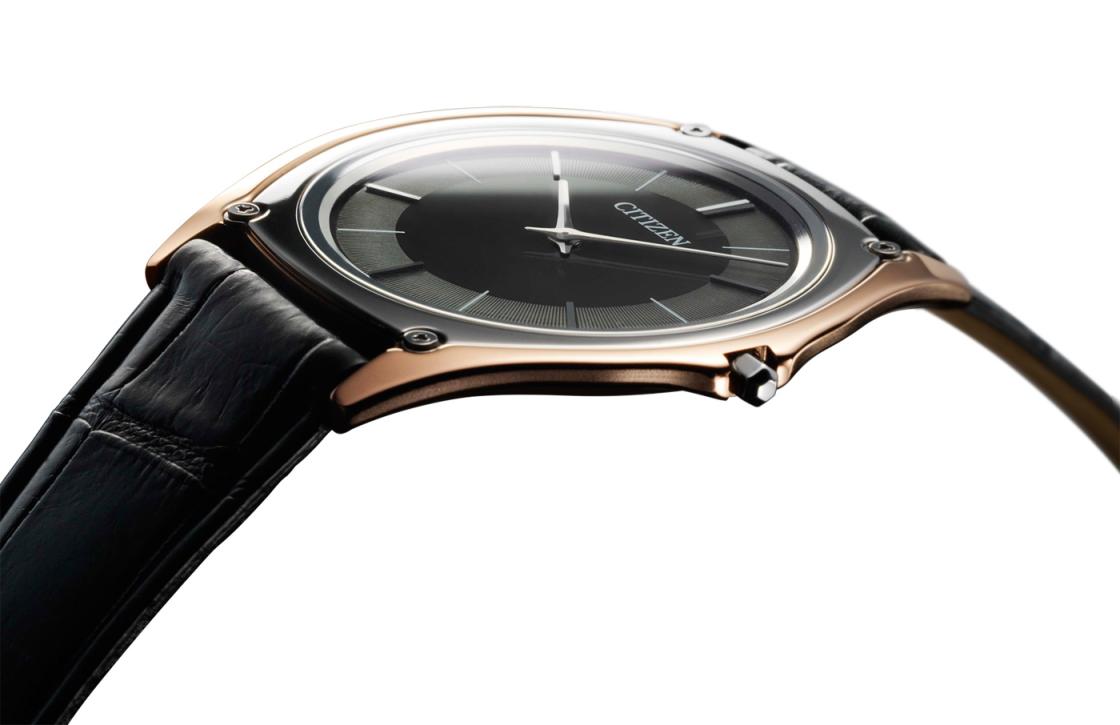 Record: broken. Encased, the Eco-Drive One measures an incredibly slender 2.98 mm, which makes it unquestionably the slimmest solar-powered quartz watch in the world. In order to achieve this spectacular and extremely elegant result, Citizen’s engineers designed a movement 1.0 mm deep. They had to redesign all the components, and pioneered the use of new materials for the case, including cermet, a composite of ceramic and metal. The bezel is made of “binderless cemented carbide”, which is extremely hard and impervious to oxidisation. “Technology exists to enhance beauty. That’s how we define it,” states Toshio Tokura, President and CEO of the Japanese watchmaker. 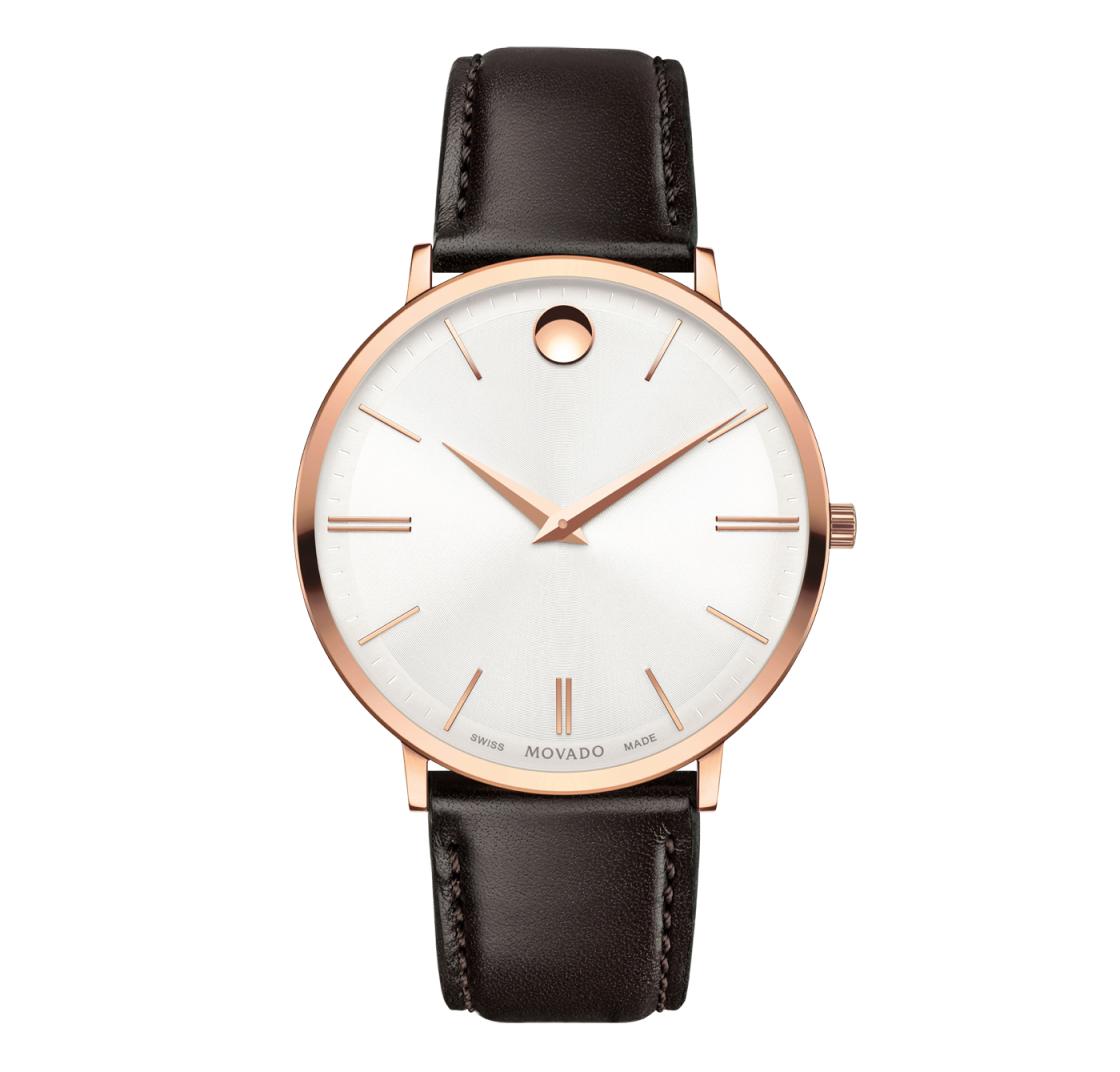 Created in 1947 by the famous Nathan George Horwitt, the Museum doesn’t look a day older as it prepares to celebrate its 70th birthday. It remains the undisputed symbol of stylistic rigour and simplicity. Brilliantly reinterpreted in 2016 by designer Yves Béhar, who fulfilled his sensitive brief with a daring concave shape, this year the Museum displays a more slender profile. With a depth of 6.3 mm, it is more minimalist than ever. 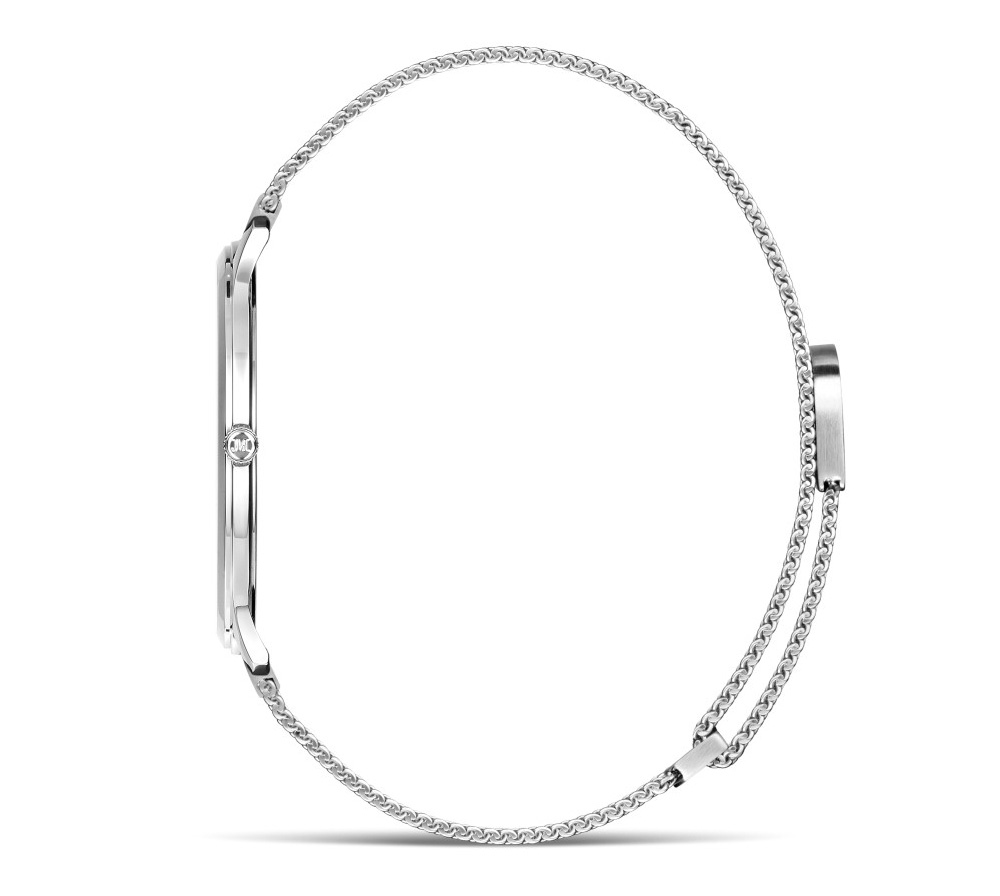 Breaking the 4 mm barrier was the challenge Jean Marcel set itself after the success of its previous collection, the Ultraslim, which successfully met the mark of 4.5 mm. After a number of feats of engineering wizardry, the brand overcame the challenge with a case measuring 3.9 mm (hence the name – Nano 3900μ). With a water resistance of 3 atm, sapphire crystal and a simple, elegant face, the Nano collection features some of the slimmest watches in the world. 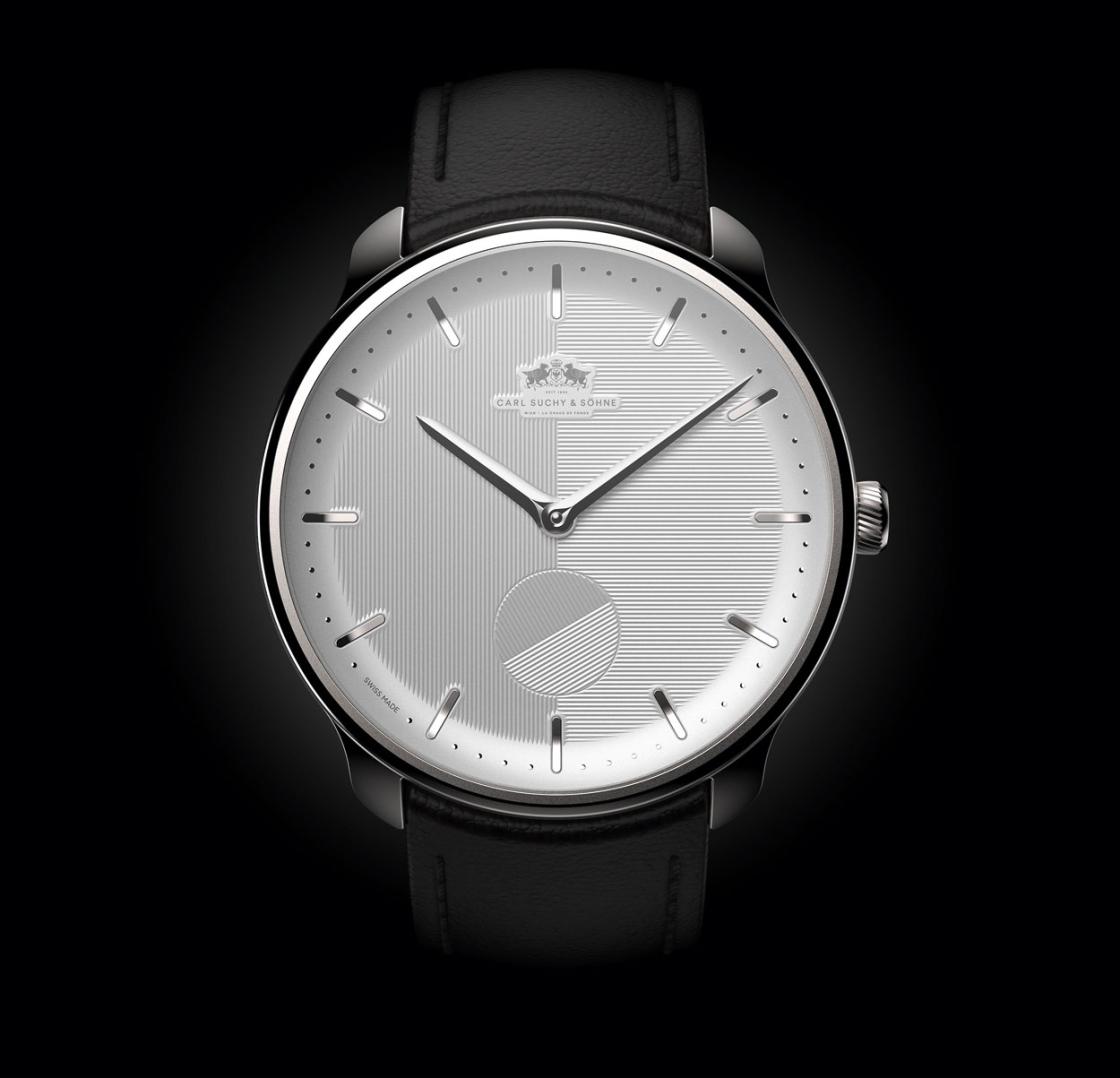 After a creative break of almost 100 years, the watch brand Carl Suchy & Söhne, founded in 1822 in Vienna, Austria, is reborn. The Swiss-made COSC certified mechanical watch “Waltz Nº1” is the result of an inspiring collaboration between Marc Jenni, member of the Académie Horlogère des Créateurs Indépendants, designers Reinhard Steger and Milos Ristin as well as creative director Robert Punkenhofer. “Waltz Nº1” follows a design approach inspired by Adolf Loos, the pioneering architect of Vienna around 1900. It expresses a strict minimalistic aesthetic direction. The iconic seconds hand is a reference to the Viennese Waltz and Vienna´s sense of time where the second does not count.