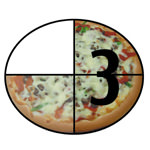 If there is one thing that is sure in the general consumer crisis affecting the watch sector in Italy today, it is, first of all, that the quality of products is constantly improving, and secondly, that prices have stopped their upward climb. Market watchers agree on this point, and they also concur that there are no earth shattering new products in the offing. There is basically nothing that would upset the geographical and qualitative structure of watch distribution in Italy, beyond the belief that Italian consumers are becoming increasingly attracted to product quality as well as the emotional connection they feel for their watch products.

In light of the current situation, the 13,000 sales points in Italy acknowledge that the public’s primary concern is to have more and better information and a higher level of professionalism. The public is also demanding better, more widespread, and more efficient after-sales service. Consumers are now expecting salespeople to be better informed on all the latest models and knowledgeable about their technical specifications.
These same retailers indicate that the start of the downturn dates back to the first half of 2002. Faced with falling demand, most brands remained somewhat comforted by the fact that sales had been extremely good during the previous five years and felt that by initiating all sorts of marketing and promotional ploys, they would be fine. At the same time, they tried to force the hand of the retailers.
If the recession had not lasted so long, these actions might have been positive, at least from a commercial point of view. But the persistence of the crisis resulted in an abnormal and dangerous overstocking in most retail stores. The watches came flooding in but didn’t move off the shelves.
This situation however has become quite critical, especially for the large groups that represent about 50% of Italian watch imports. The more or less important independent brands, on the other hand, are managing to get through this period a little easier because of their greater flexibility and their ability to adapt more quickly to adverse conditions.
In terms of the large groups, it is instructive to look at the launch of the new Santos watches by Cartier, the flagship brand of the Richemont Group. With a base price of around 3,720 euros, these timepieces are being sold well below the prices of similar products from its direct competitors, which are asking about 6,000 to 7,000 euros! If we look at Rolex, it launched the new version of the Turn-O-Graph at a price that was the same as its previous versions, at around 4,800 euros. Bulgari is launching a line of superb new models with a designer look in the Ergon collection, at an entry level price of 2,500 euros (see ‘Bulgari and the Ergon family’ in this issue). The entire Swatch Group is keeping the prices of all its brands within the limits of previous years.
Faced with this new scenario that is not limited to Italy but is a global trend, Italian retailers are starting to provide what their customers want, better information, better service, a greater level of professionalism, and better advice. The response has been positive and seems to be starting a chain reaction that can only benefit the consumer.
In listening to the most important watch retailers in the largest Italian cities, it is apparent now that the public is showing a renewed interest in watchmaking and has enthusiastically embraced the models that were presented during the Basel fair and the SIHH salon last spring. This gives hope that, unless something catastrophic happens, the year should end on a positive note.

Watches of Switzerland, a “super retailer” in the (...)

Operating from its British stronghold and publicly listed since 2019, the group has massively expanded its foothold both in the UK and the US, through (...)