BACK TO THE FUTURE - TISSOT & SMARTWATCHES: The Swiss Response


BACK TO THE FUTURE - TISSOT & SMARTWATCHES: The Swiss Response

Tissot is planning to launch a smartwatch that will be very different from current Apple and Samsung products. Interview with director François Thiébaud.

EXECUTIVE BRIEF • Tissot will enter the smartwatch market with a “Swiss made” product before Baselword 2015. • They promise to make a watch unique from the current smartwatches on the market. • Tissot does not consider brands like Apple or Samsung as direct competitors.

When Apple announced the launch of its smartwatch for 2015, all eyes turned to the two Swiss brands that seemed to be in the Californian giant’s sights: Swatch and Tissot. Both companies have announced their intention to launch their own connected products. But ‘connected’ is a very broad term, covering countless possibilities. Although he doesn’t want to give too much away about the specifications of his future smartwatch, François Thiébaud, director of Tissot, agreed to discuss the broad features of the project with Europa Star. This is his vision of the smartwatch, Swiss style. Interview.

“ Tissot, like Swatch, will be presenting a new smartwatch in the coming months, before Baselworld.”

You have announced that you will launch a smartwatch by the end of this year. Where are you up to? François Thiébaud: Tissot, like Swatch , will be presenting a new smartwatch in the coming months, before Baselworld. As you may recall, the Swatch Group was a pioneer in smartwatch technology, with its Paparazzi and Access models.

How will your smartwatches be different from those of Apple or Samsung? FT: First of all, we are a Swiss brand! So we couldn’t take the risk of losing the ‘Swiss made’ imprimatur when we launched a smartwatch. Nevertheless, a number of components have been sourced abroad, although we are keen to retain our independence from external suppliers. I’m drawn to new technology: when I arrived at Tissot I launched the ambitious T-Touch project, partly because of my personal experience as an amateur pilot with functions such as the compass and accelerometer. But technology is not everything. Our mission is to ‘dress time’, and that will not change. A watch is a vehicle for emotion, not a purely technological product. Without emotion, we’re serving up a dish with no flavour. 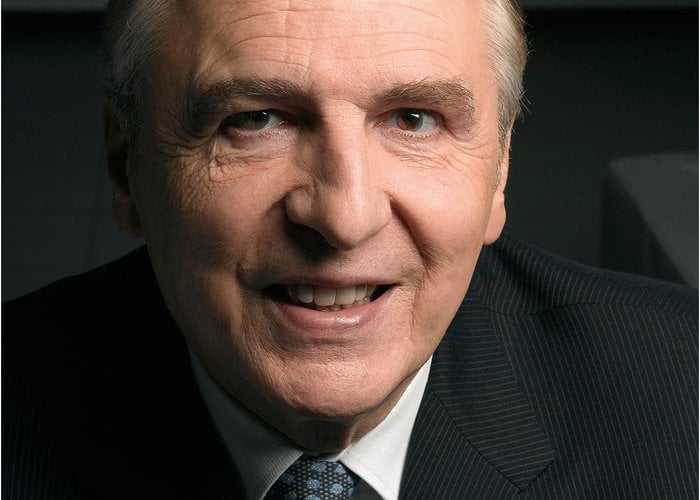 So what do you think of the Apple Watch? Does it pose a direct threat? FT: It is not at all comparable with the quartz revolution, as some people – who seem to think the world changes drastically every five years – would have us believe. In my opinion, it’s primarily the Asian brands that will be affected, not Swiss watchmaking. Recently, at a conference, I asked all the delegates who were wearing a smartwatch to raise their hands. Just one hand went up, and it belonged to the representative of a smartwatch manufacturer! Personally, I have no wish to receive notifications every 30 seconds. I’m not constantly looking at my smartphone now, as I’m talking to you.

What, in your opinion, are the disadvantages of current smartwatches? FT: First of all, they have to be linked to a smartphone, such as one of Apple’s expensive models. If you add the cost of the watch to that of the telephone, they’re not really competing with the entry level! Another downside is that these watches have to be charged regularly. If I need one charger for my iPhone, another for my iPad and yet another for the Apple Watch I’ll have more chargers than clothes in my suitcase. What is more, current smartwatches are quite fragile: their square or rectangular shape can never equal the water resistance of a round watch case. And finally, distribution will be a problem for these brands. Probably not for Apple, but for the others: will retailers really want to take their Tissots out of the display cases to make room for smartwatches? They are quite ephemeral products in a way, they very quickly go out of date. They are more likely to be sold in big electronics stores.

If the market is so weak, why bother? FT: Competition drives us forward, it stimulates us! Clearly, we can’t fight against technology. But we watchmakers will be offering something different from the electronics giants. Why not, for example, have a mechanical watch with a ‘smart’ strap, that could be used as an access key for secure areas? There is also an advantage for us: young people who are not used to wearing watches will be introduced to watchmaking through the smartwatch. Our products could potentially be complementary. The portable phone didn’t kill off the traditional watch, did it? Once initiated, these novices could progress to higher-quality products. After all, the first time you taste cognac, you don’t necessarily enjoy the taste. You have to learn to appreciate luxury, and that takes time. If that were not true then, as Nicolas Hayek Sr. used to say, you might as well cut your cigars with your teeth...

“Switzerland is our test market: as a rule, what works here also sells well elsewhere.”

How was your latest solar-powered touch-screen watch, the T-Touch Expert Solar, received? FT: It is still a little too early to say; the first watches were only delivered in August. We always begin with the Swiss market, before we supply the rest of the world. Switzerland is our test market: as a rule, what works here also sells well elsewhere. Here, we have both a local clientèle of connoisseurs, as well as foreign visitors, which makes it a good test bench. Our sales staff are also well trained. In addition, if a watch has teething problems they can be fixed quickly. But I do believe that combining the fun aspect of the touch screen with solar technology, which is very ‘now’, will bear fruit. 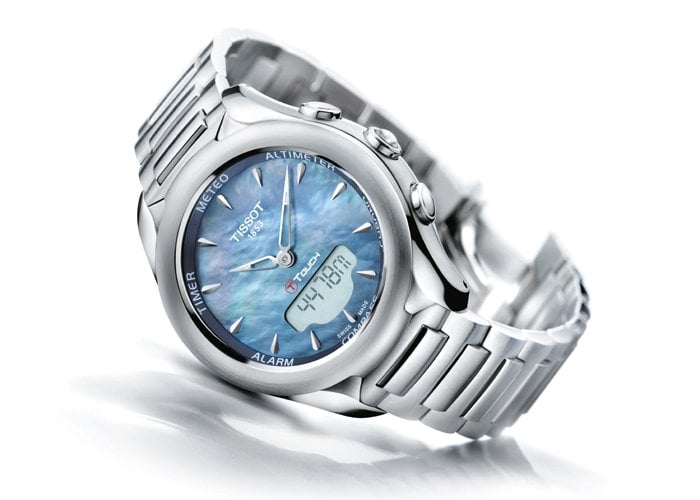 In 2013 you produced more than four million watches, 8.1% more than the previous year. What are you expecting from the 2014 financial year? FT: 2014 will be a positive year. Although we won’t see the same growth as in 2013, there has been an increase in value compared with last year. We hope to reach the target of 4.3 million models sold in 2014. That’s also a sure sign that smartwatches have not affected us!

What growth areas are you counting on to compensate for the ‘correction’ in the Chinese market? FT: Our strategy is global, we’re not dependent on Asia. We recently opened boutiques on 5th Avenue and Wall Street in New York, Oxford Street in London and Bahnhofstrasse in Zurich, to name just a few. These are prestigious and strategic locations. Brazilians, for example, buy many watches abroad because of heavy import duties at home.

How do you allocate your distribution between dedicated boutiques and retailers? FT: We have almost 14,000 points of sale around the world, of which 220 are boutiques, and a further 2,000 are ‘shops in shops’, dedicated counters in department stores. We are in the process of reducing the number of retail outlets somewhat, but we are not obsessed with the concept of own-brand shops. They must not compete with our retail partners. The flagship stores are there primarily to get the brand’s message across.

What proportion of your sales is represented by female clients? FT: Tissot is still too masculine in my view, largely because of its sports focus. The ratio is 60% men’s watches to 40% women’s. But I’d like to bring this ratio to 55/45.

The number of watches, in millions, turned over by Tissot in 2013. The brand hopes to reach the target of 4.3 million sales in 2014.

The number of sales outlets around the world

The number of ‘shop-in-shop’ sales outlets in department stores

The number of own-brand boutiques

The proportion of men’s watch sales