The brands leading the way on International Women’s Day


Just in time for International Women’s Day, here are the four brands that have really impressed us so far with their latest watch releases for women.

The brands leading the way on International Women’s Day

Breguet’s eyes on the moon

Breguet’s latest ladies’ watch shines with a minute track made up of small stars and features a white grand feu-enamelled dial, with a bezel and lugs set with 66 diamonds. The watch is packaged in a 30mm case with fluted sides, which houses the impressive Breguet 537L, which happens to sports a silicon escapement and.

The new Classique Phase de Lune Dame 9088 also has a special surprise in its 6 o’clock aperture: a moon face peeping through, and set against the navy blue star-set backdrop. This is the same moon phase already found in other models – including the Reine de Naples.

With this watch, its not just you looking at the stars, but the stars also look back at you!

The American brand has added dimensionality to its latest Jazzmaster, introducing a 3D-effect dial with a lotus flower motif. Although the watch is minimalist – especially when we think about ladies’ watches – this design is certainly not short on substance.

The focal point of the new watch is definitely the spectacular dial, which as the name suggests, opens its heart to the world. 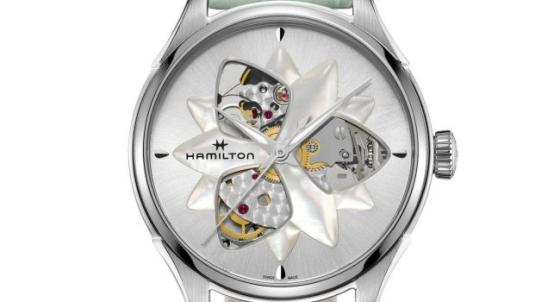 The dial features a mother-of-pearl lotus flower against a glistening backdrop, with the three windows with diamond-cut edges revealing the movement. The exquisite finishing continues throughout, with the 34mm case finished in satin-polished stainless steel. It houses the Hamilton H-10 caliber self-winding movement, which boasts a power reserve of over three days.

Blancpain isn’t celebrating just the 8th of March with its latest releases. The brand is also celebrating the 60th anniversary of the watch this year, which has been commemorated with a few different models. Actually Blancpain already released a special Valentine’s Day version of this watch. But this automatic version comes in white gold and a self-winding movement with a silicon balance spring, which will be limited to only 60 pieces. 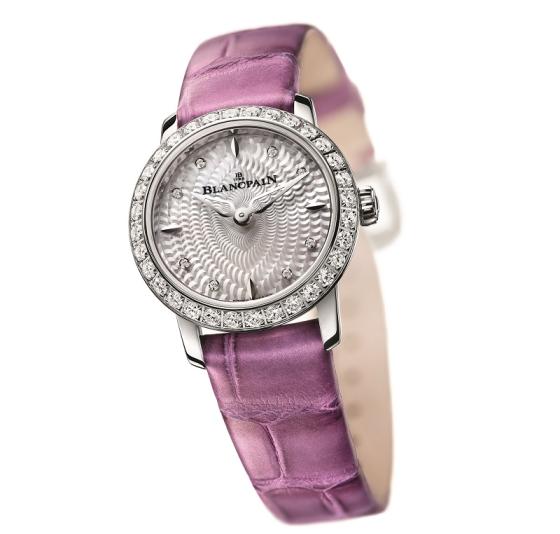 When the Ladybird was first launched back in 1956, it was equipped with the smallest round movement on the market, a true technical feat. The anniversary edition of the watch continues the trend with its dainty 21.5mm case, set with 32 diamonds on the bezel and 8 more on the foliage-patterned dial with drop-shaped hands.

The special dial pattern is what differentiates this version of the Ladybird from those already released this year, featuring a dial with luminous contrasts and displaying an elaborate foliage motif. Adding to its refined look, the watch is exclusively crafted from the small scales of Louisiana crocodile leather, keeping true to its proportions.

Moving from the traditional to the modern, we have Chanel’s re-edition of its BOY.FRIEND collection. Minimalistic is the first thing that comes to mind with this collection. But, to be honest, it’s hard to say a watch is really minimalistic when it also comes with an option of a string of diamonds that surround the case.

The gems add a dose of femininity to what is otherwise a pretty masculine looking watch. And that’s exactly where the name of the collection comes from: as if she is wearing her boyfriend’s watch. 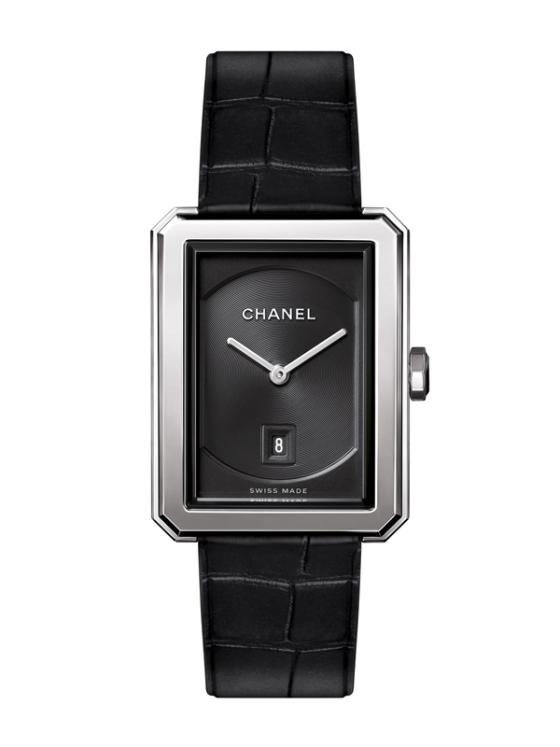 The BOY.FRIEND collection has a bold shape and defined by its strong lines and crisp angles. It’s a throwback to Coco Chanel’s tendency for masculine lines in her tailoring, but at the same time looks decidedly modern on the wrist thanks to its clean design. Just like Blancpain’s Ladybird, this watch is a fresh twist on a classic.

Each of these four models embodies the spirit and strength of women in their different ways. They are our standout performers so far in 2016, and they are the perfect way to commemorate International Women’s Day!