RETAILERS UNDER PRESSURE from watchmakers as never before


RETAILERS UNDER PRESSURE from watchmakers as never before

Watchmakers, particularly at the higher end of the market, are getting tougher with watch retailers. Over the last ten years or so, relations between the two partners, which were previously untroubled, have taken an entirely different direction, to the dismay of watch retailers and distributors both. The honeymoon is over. The phenomenon is not a new one; the number of single-brand stores has mushroomed over the last decade, but the stakes are getting higher and tolerances lower. Bernard Fornas, Co-Chief Executive Officer of the Richemont group, recently sounded a warning note in Le Temps.

“Richemont owns 1043 boutiques around the world.”

“We need a level of excellence in the distribution sector. Retailers must become more active partners, they must help us to build our brands and project our image in their sales outlets. Indeed, and I don’t say this lightly, we have become significantly stricter about the quality of our partners.” In other words, some of them no longer make the grade. Consequently, in recent years the Geneva-based luxury goods group has opened a number of its own shops and franchises. The result is that the group, headquartered in Bellevue, now generates 52% of its income via its own sales network. As of the end of September 2013 (based on the first half of the 2013-2014 financial year), the group owned a record 1043 shops around the world.

“Swatch Group is targeting 35% of sales by own-brand stores.”

SWATCH GROUP: “SOME WAY TO GO” Swatch Group, although in second place, is quickly gaining ground. The watchmaking world number one is set to continue expanding its network of shops through 2014 and beyond. Although at the moment its own sales outlets generate just 20% of overall revenues, this number is expected to grow significantly in the future. As Swatch Group CEO Nick Hayek said last week, sales from these stores could reach 30 to 35% over the coming years, although he believes there is still “some way to go.”

Many of the group’s brands will be given their own retail outlets, in addition to which, new multi-brand outlets will continue to open around the globe. Take the example of Hour Passion, a label that brings together the group’s mid- and high-end brands. Present in airports since 2004, by the end of 2013 the chain had around fifty stores from China to Italy, Germany and the United Kingdom. Last year the concept was rolled out to a number of city centres, including London, New York, Las Vegas, Kuala Lumpur and Poznan in Poland. The first city-centre boutique was located in Rue de Sèvre in Paris. 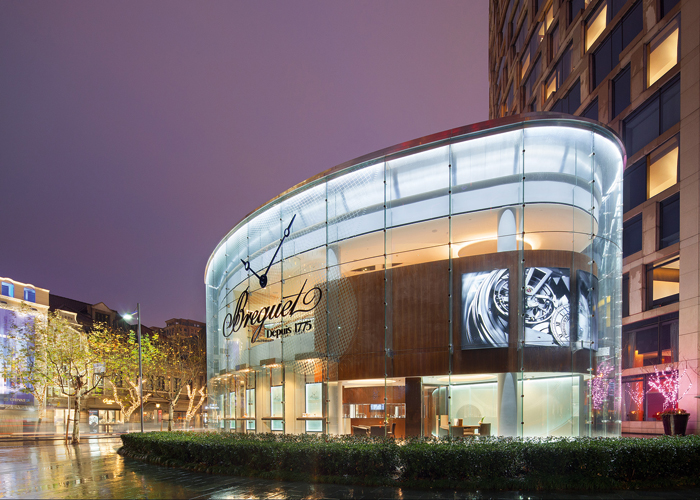 In barely thirteen years Swatch Group brand Omega has seen the opening of 123 own-brand boutiques, making a total of 322 sales outlets. Its boss makes no secret of his preference for single-brand stores over traditional retailers. Stephen Urquhart told Le Temps: “In an ideal world, we’d only have corporate outlets. We can control our own destiny. It avoids all the inherent risks of a partnership, such as changes of management or bankruptcy,” he said. Retailers take note. These statements have not gone unnoticed, and have already caused something of a stir in Germany. Inevitably, brands fear that their competitors are being sold better, presented better and promoted better in single-brand stores. At the end of the day, it all depends on the margins offered to the retailer. And as Manuel Emch, CEO of RJ Romain Jerome notes, this figure is on a downward trend, falling from around 40 to 50% to less than 30% in recent years.

ROLEX, A NOTABLE EXCEPTION Nevertheless, the majority of brands cannot afford to dispense with their partners, or at least not entirely. And in any case, this is not the aim. Omega still uses 3,000 sales outlets in addition to its own shops. But the pill can sometimes be hard to swallow. “Brand X [name removed] opened a boutique in the same street as my shop, despite the fact that we had been partners for over thirty years. It was like being stabbed in the back. Particularly since I wasn’t informed officially,” observes the owner of a number of watch outlets in Switzerland. However, not all brands are interested in building up a network of their own shops. Rolex is one notable exception. The “Crown” prefers to cultivate its differences.

There are no own-brand Rolex boutiques on the horizon for the Geneva giant, which sets great store by its relationship with longstanding retailers such as Bucherer in Switzerland, arguing that they fulfill two entirely different roles. Rolex assures us that this approach is unlikely to change. Watchmaker Patek Philippe, which has significantly reduced the number of sales outlets in recent years (from 750 to 450), continues to focus on its retail partners. In the words of president Thierry Stern, “Without them, we simply would not exist.”

Do single-brand boutiques affect the sales of retailers? The diplomatically-worded official response is that they don’t. But it is difficult to believe that this offensive has had no impact at all. Watch brand Hublot has opened 70 boutiques worldwide since 2007, concluding thousands of sales that would otherwise have gone to other outlets. However, no retailers are prepared to state openly that times are hard. Shops claim that they still have a role to play by offering diversity and providing a choice of brands to their clients. And it’s true, the customers are free to choose. What is also true is that the effects have been mitigated by the stratospheric increase in watch sales in recent years.

Retailers have also benefited from “shopping tourism”, particularly from Chinese visitors. But what will happen if there is a sharp downturn? Who will remain in the game – single-brand boutiques or multi-brand retailers? The answer is worth its weight in gold. 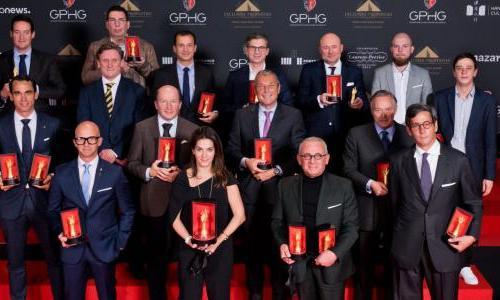