Daniel Roth? A lovely man! And a master among master watchmakers. But despite that, humble, smiling and considerate. He lost everything, including his own name – he now signs his work Jean Daniel Nicolas – but watchmaking has by no means lost its hold on him.

Daniel Roth? A lovely man! And a master among master watchmakers. But despite that, humble, smiling and considerate. He lost everything, including his own name – he now signs his work Jean Daniel Nicolas – but watchmaking has by no means lost its hold on him.

n the top floor of Daniel Roth’s house on the shores of the Lac de Joux, the watchmaker works in his small workshop, assisted by his wife and son. The three of them (him, his wife Nicole and son Jean-Daniel) produce three watches a year. Watches that are snapped up no sooner than hatched. Precious rarities.

Because you have to remember that the hand that shapes them lived through a whole chapter of the grand renaissance of mechanical watchmaking, of which Daniel Roth was one of the premonitory artisans.

Daniel was born in Nice, on the shores of the Mediterranean, in 1945. But his family came from the Jura, from La Chaux-de-Fonds, starting with his grandfather, a Voumard, who escaped to the USA and lived with the Mennonites. The whole family was imbued with Protestantism and his father, a seller of bibles who had attended the Geneva Bible School, eventually opened a shop called L’Horloger Suisse (The Swiss Watchmaker) in Nice, where he sold watches and bibles side by side.

The whole family was imbued with Protestantism and his father eventually opened a shop in Nice where he sold watches and bibles side by side. 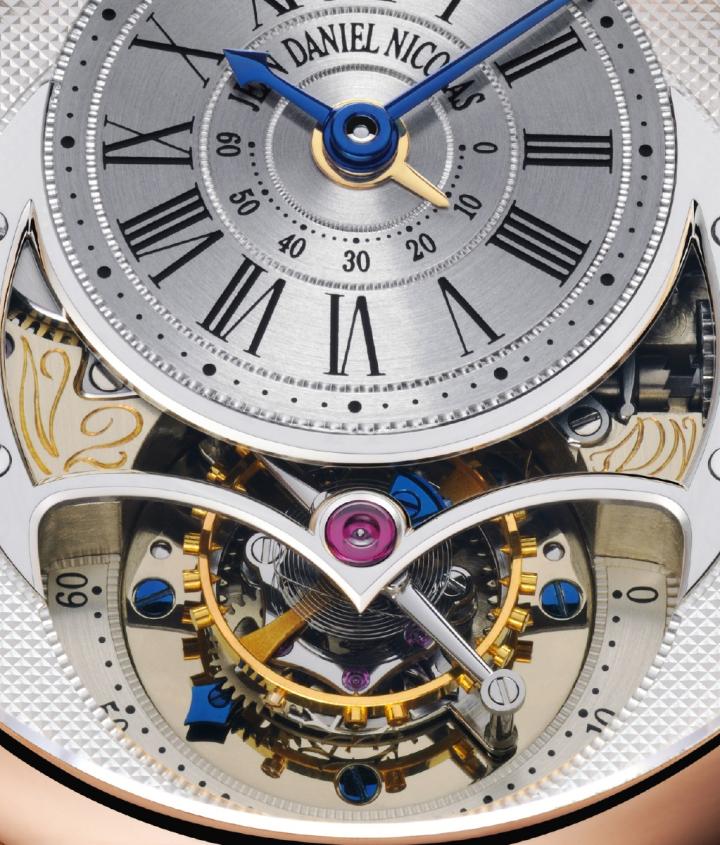 Young Daniel’s fascination for mechanics developed at an early age. As a child at his aunt’s house in Lyon, he was spellbound by the sight of the steam locomotives that he saw passing just a few metres from the bottom of a little garden that offered a direct view of the tracks. One day, by way of greeting, a train driver reared up his monstrous mechanical machine in front of the astounded little boy.

As a child he was skilful with his hands, very manual. His parents enrolled him at the Nice School of Watchmaking, and he loved it. Watchmaking had him in its spell. What about religion, we ask him? “I’m a believer, but I don’t live with God. Because it’s not easy,” he replies with a gently ironic air. 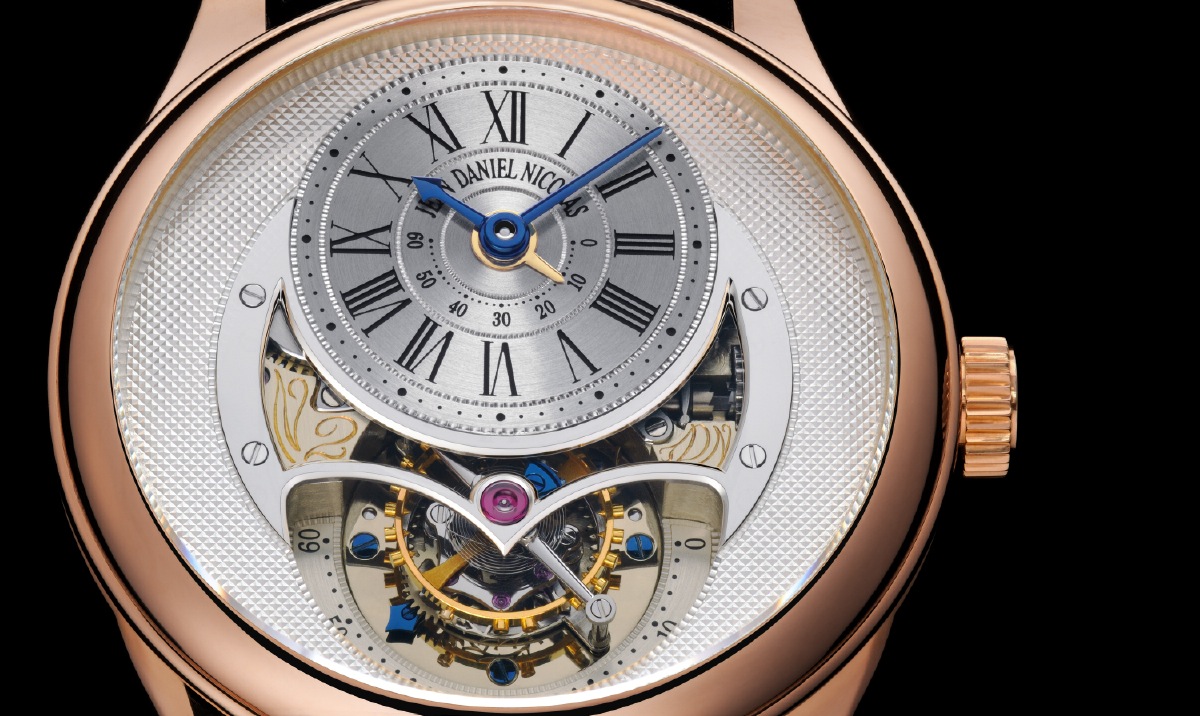 A return to tradition

It is true that, in the course of his career, he has had to struggle against the odds. His military service behind him, he returned to Nice only to find that the bible and watch shop, which he had intended to take over, had been sold.

There was only one path left open to him: the one to Switzerland. Because he had always known that “the most beautiful watches are found in the Joux Valley”. There, he was hired by Audemars Piguet and stayed for seven years. At that time, the factory employed no more than around twenty watchmakers. He learned pivoting and adjustment and worked on the extra-thin models and complications. It was like university after school.

He was hired by Audemars Piguet and stayed for seven years. At that time, the factory employed no more than around twenty watchmakers. It was like university after school.

The early 1980s saw the start of the venture with Breguet that the Chaumet brothers – Parisian jewellers – aimed to relaunch. In the Joux Valley, they heard about the watchmaker from Nice and called him up. Daniel Roth set to work on his own. After three years, there emerged a watch intended to symbolise the rebirth of the famous name and cement the brand style.

The Breguet venture grew, collections were produced and the company reclaimed its place at the high end of the watch market. But in 1989, Daniel Roth took his “great decision”: independence. 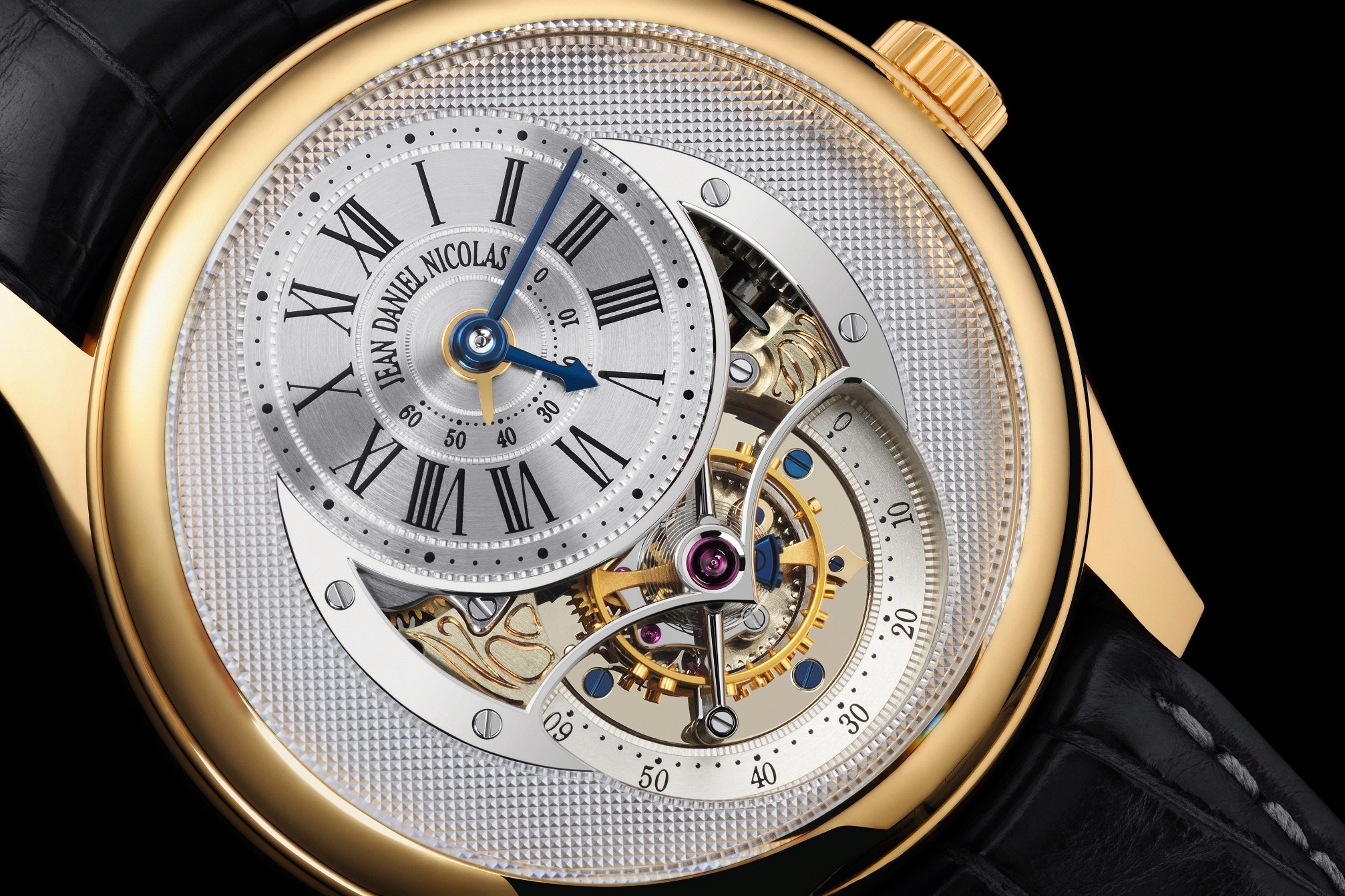 Alone at his workbench, he designed and built a tourbillon for a wristwatch, COSC-certified and in a category of its own. This was no mean feat at a time when tourbillons were still a real rarity. In addition to his talent for watchmaking he had genuine aesthetic skill, not only in his superlative finishing work, but also in the very elegant design of the case, which would become his unmistakable trademark.

From there, he went on to develop a series of collections, tourbillons, chronographs, skeleton chronographs and ladies’ watches. Daniel Roth was the sensation of the haute horlogerie revival.

He went on to develop a series of collections, tourbillons, chronographs, skeleton chronographs and ladies’ watches. Daniel Roth was the sensation of the haute horlogerie revival. 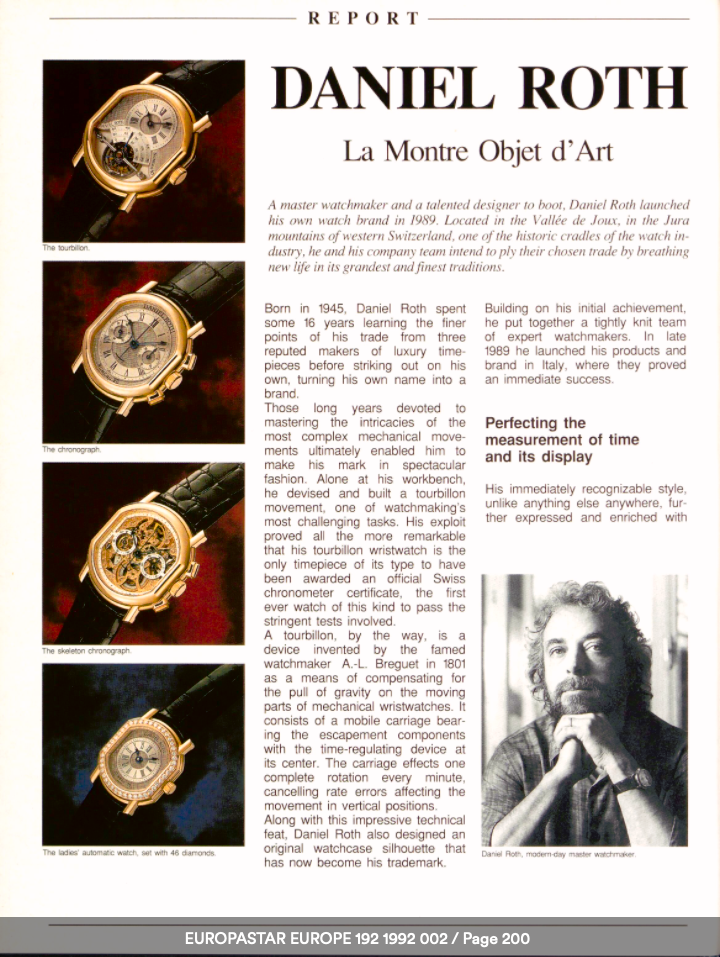 We will not go back over the details of the commercial misadventures that ensued. A skilled watchmaker, Daniel Roth apparently does not have the same sure instincts when choosing his partners. Having worked through Sieber Hegner, a large Zurich-based merchant, then Dr Tay, only to be taken over (“I didn’t sell, they took me”, he says) at the same time as Genta was taken over by Bulgari, Daniel Roth lost his own name.

His story is equally emblematic of the dangers that lurk along the path to independence, which is anything but paved with roses. And the question of “critical mass” is even more crucial than for high-volume companies. It takes time to find a balance. And once you have found it, you have to keep it. And be wary of the predators that prowl. 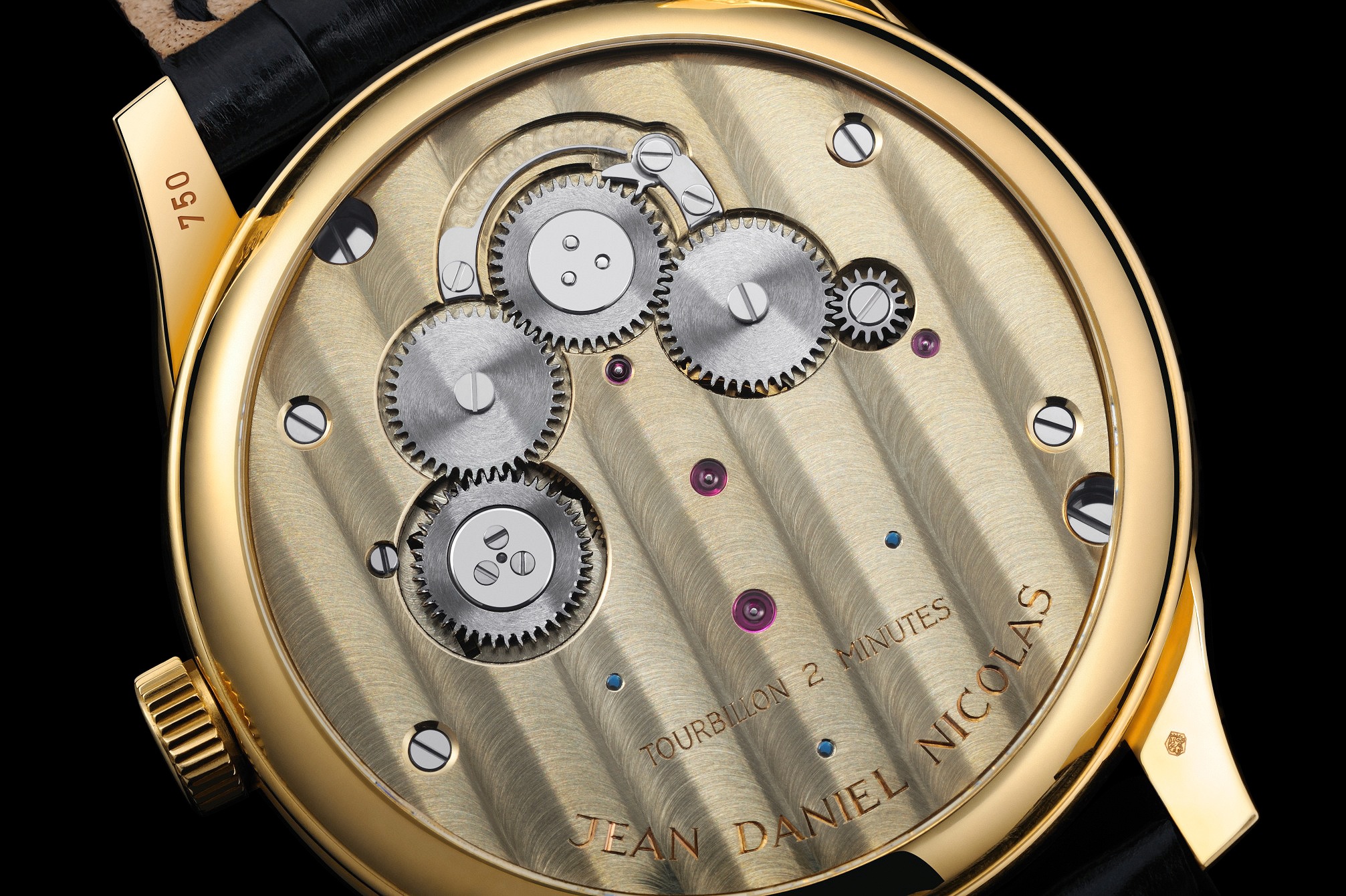 A lesson in tenacity

Despite all this, 25 years ago Daniel Roth started out as an independent watchmaker all over again. He honed his two-minute tourbillon, an absolute rarity (“but since it turns more slowly, it lasts longer,” he says, tongue-in-cheek). He designed a new case for it, unlike any other – “a violin”, immediately recognisable. With grit and determination he attains a degree of finish “beyond which it is impossible to go” and succeeds in completing two or three a year. 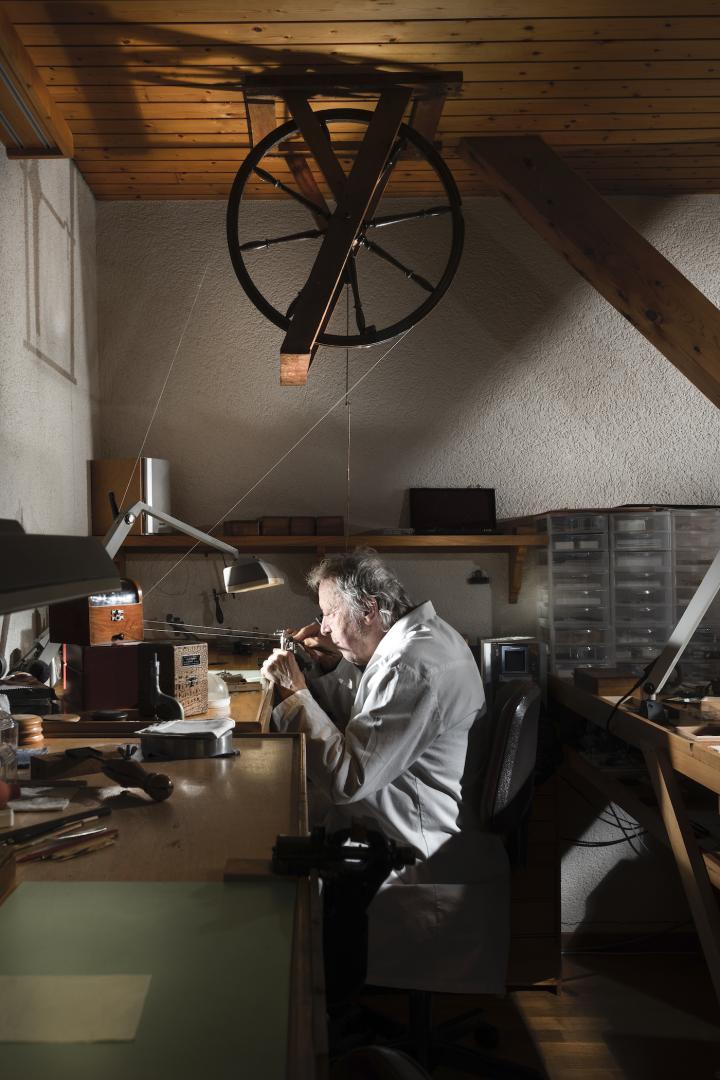 This 77-year-old watchmaker currently has at least six on his order books – enough to keep him going. His watches are among the best-kept secrets in watchmaking and obtaining one is seen as an extremely rare privilege.

His watches are among the best-kept secrets in watchmaking and obtaining one is seen as an extremely rare privilege. 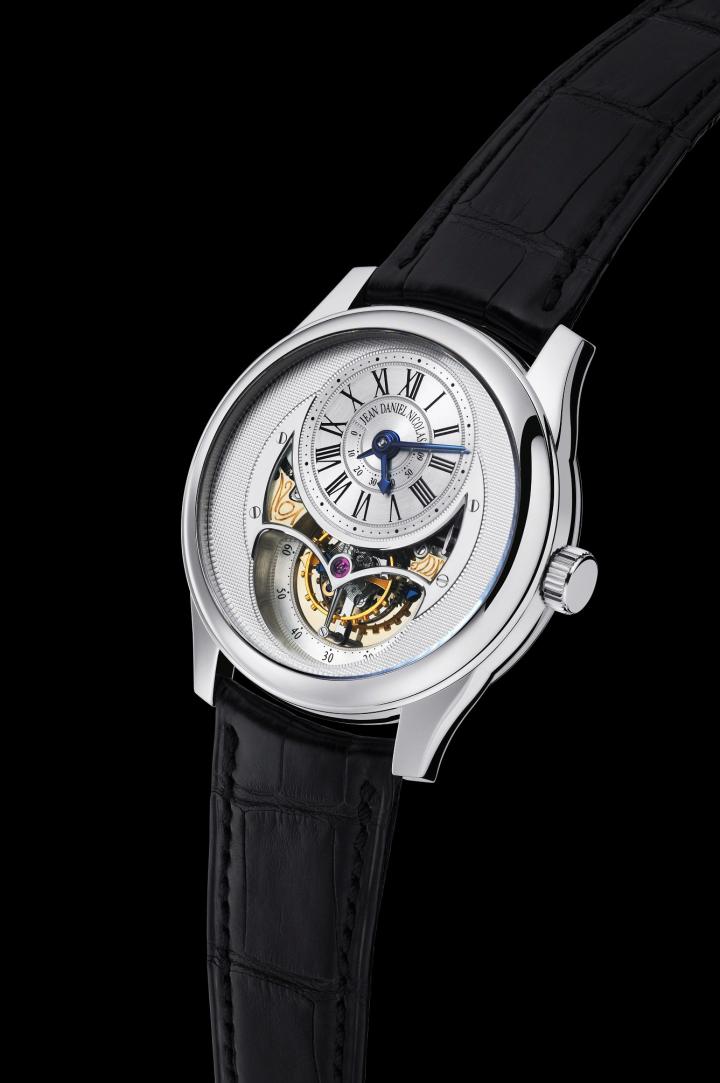 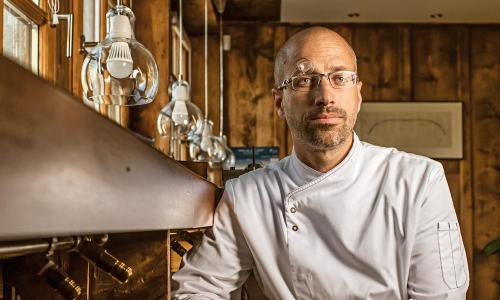 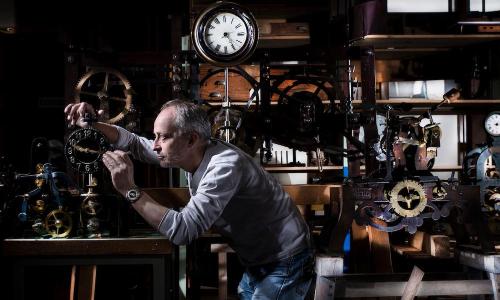 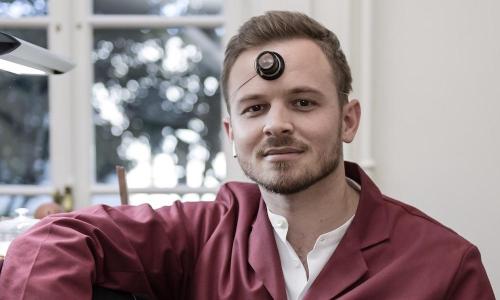 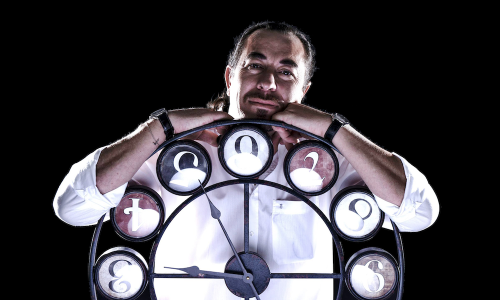 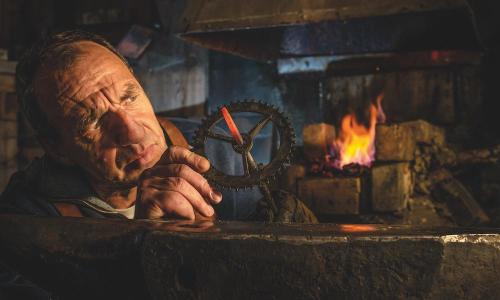 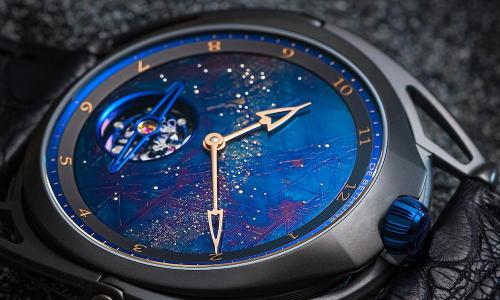 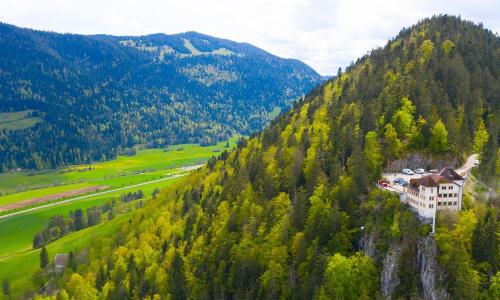 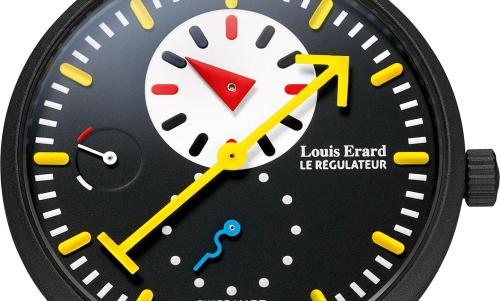 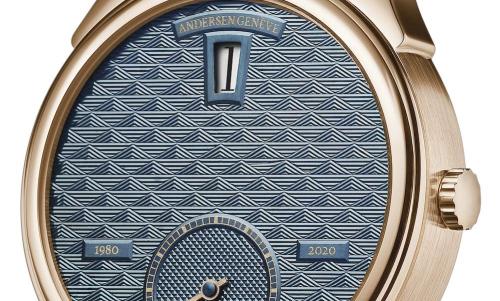 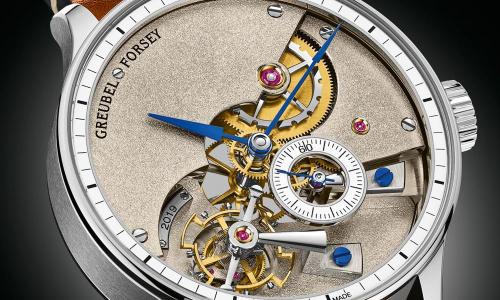 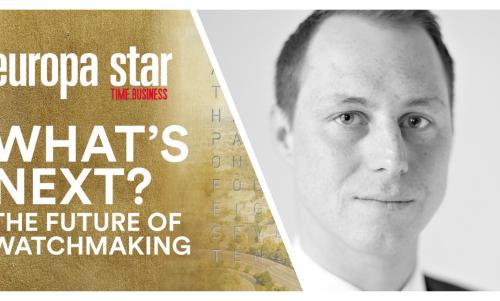 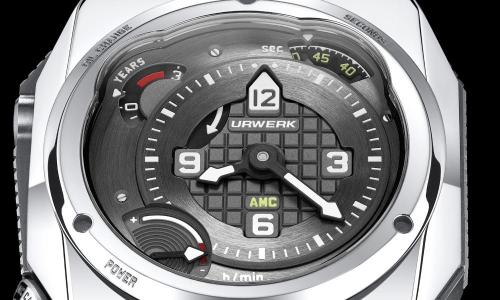 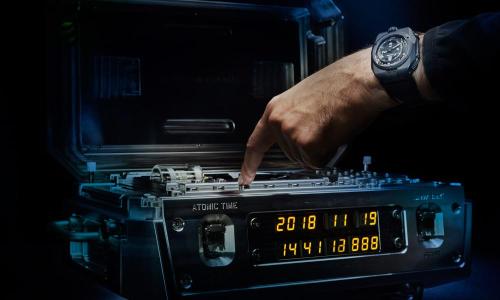 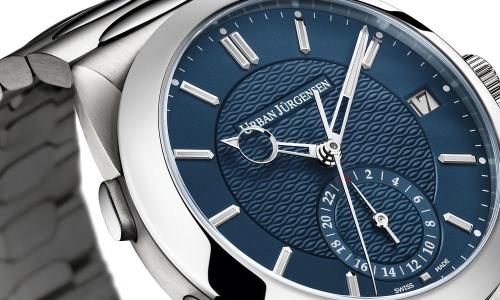 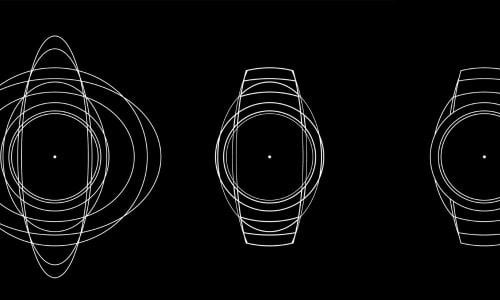 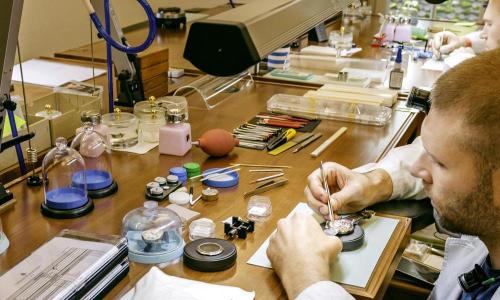 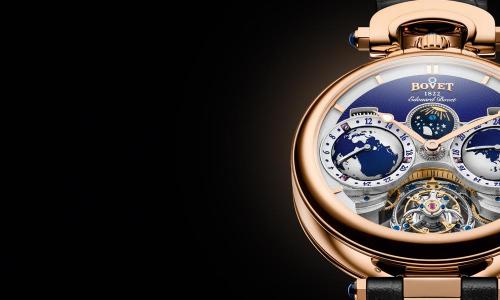 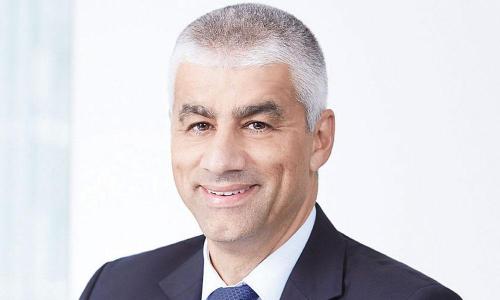 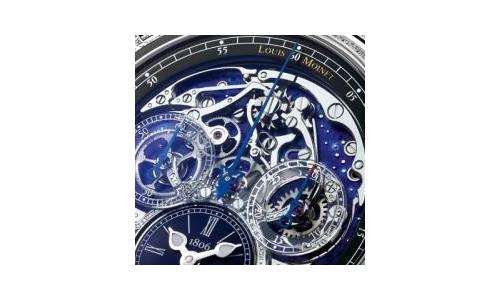