Digital technology is disrupting the world of watches, and the tools of disruption are being created chiefly in the Bay Area. The Swiss watch industry, although revered by local entrepreneurs, nevertheless seems very remote from the tech industry. The time would seem right to finally establish a local presence to monitor the innovations taking place in Silicon Valley, especially as they are increasingly targeting the huge home market. We spent a week there to meet some of the key players (click to read):
- PART 1 JARED SILVER, RETAILER OF TECH ENTREPRENEURS
- PART 2 YVES BEHAR, A SWISS STAR DESIGNER IN SAN FRANCISCO
- PART 3 SWISSNEX, A FUTURE WATCH CLUB FOR SWISS WATCHES?
- PART 4 TALKING WATCHES AT GOOGLE
- PART 5 SILICON VALLEY’S WATCH CLUB

Digital technology is disrupting the world of watches, and the tools of disruption are being created chiefly in the Bay Area. The Swiss watch industry, although revered by local entrepreneurs, nevertheless seems very remote from the tech industry. The time would seem right to finally establish a local presence to monitor the innovations taking place in Silicon Valley, especially as they are increasingly targeting the huge home market. We spent a week there to meet some of the key players (click to read):
- PART 1 JARED SILVER, RETAILER OF TECH ENTREPRENEURS
- PART 2 YVES BEHAR, A SWISS STAR DESIGNER IN SAN FRANCISCO
- PART 3 SWISSNEX, A FUTURE WATCH CLUB FOR SWISS WATCHES?
- PART 4 TALKING WATCHES AT GOOGLE
- PART 5 SILICON VALLEY’S WATCH CLUB
S

houldn’t the Swiss watch industry have established some kind of presence in Silicon Valley back in 2014? This was to be a recurring topic throughout the week we spent in the San Francisco Bay Area. In the Swiss watch industry, we often hear that if you want to understand the true “spirit” of a brand, you have to visit a manufacture. This is equally true of the tech world, the world that is crafting the tools that are changing the way watches are now being made, sold and consumed.

A courtesy visit is long overdue. While exploring the impressive premises of Swissnex (a Swiss global network promoting education, research and innovation) on San Francisco’s Pier 17, we see representatives of iconic Swiss companies such as Nestlé, Swisscom and SBB. But not a single watch company or association is represented, even though the watch is undoubtedly one of the emblematic Swiss objects that is most impacted by the likes of Apple, Instagram and Google. 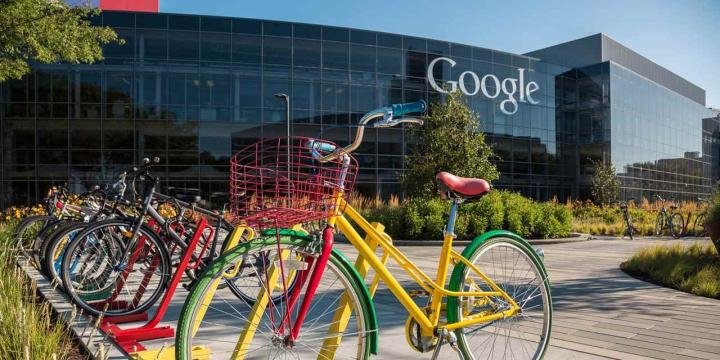 During our visit we also met Swiss star industrial designer Yves Behar, who has set up a sizeable office in San Francisco. The renowned specialist has already applied his talents to the rebranding of another iconic Swiss product, the Rivella soft drink, which has made a bold move to keep up with changing times. But the only watch companies he has worked with so far are not from his native country: they’re American (Movado) or Japanese (Issey Miyake).

The Swiss watch industry, accustomed to unchallenged global domination, has observed the rise of a new category of watches powered by Silicon Valley’s software with a mix of indifference, fear and denial (with a few notable exceptions such as TAG Heuer or Frédérique Constant). And with good reason. The Swiss mechanical watch has experienced a boost in sales in the United States, while simultaneously, Apple has virtually single- handedly “created” the smartwatch segment, of which it now accounts for around half of global sales. As is so often the case, the revival of “vintage” goes hand-in-hand with technological disruption.

In fact, Silicon Valley is a place with a deep reverence for mechanical watches. We met Jared Silver, the retailer who sells the most exclusive timepieces from niche brands such as MB&F, Urwerk, De Bethune and Ressence to tech entrepreneurs. For him, business is going fantastically well. To give one example of the vitality of the local watch scene, a group of tech industry executives has recently launched a new watch collectors’ club, Collective, which has led to a collaboration with Zenith on the production of a limited-edition El Primero.

To a large extent, the two worlds seem to be able to coexist. But while local tech companies, as software specialists themselves, may be impressed by the centuries-old expertise in “hardware” acquired by traditional watch companies, the tools they are crafting and the wearables they have been imagining for the last five years are a new part of the world of wristwatches, and they are introducing a considerable amount of disruption. They are changing the watch industry in (as yet) unimaginable ways. To monitor these tools is also to begin to understand their potential impact. And with that in mind, some kind of presence on the ground seems essential. We hope this report will show why.