It is hard to put an accurate figure on the population of the biggest cities in the world. What we do know is that most of them are in developing countries, such as Pakistan (Karachi, 23 million). And they will matter for the future of the watch industry. We met key professionals from these giants that are still dwarfs on the global watch map… for the moment.

It is hard to put an accurate figure on the population of the biggest cities in the world. What we do know is that most of them are in developing countries, such as Pakistan (Karachi, 23 million). And they will matter for the future of the watch industry. We met key professionals from these giants that are still dwarfs on the global watch map… for the moment.
A

s one of the country’s largest retailers, Rameez Sattar is relying on an emerging middle class to increase sales. Pakistan’s economic future depends in particular on a major infrastructure project, One Belt One Road, initiated by its Chinese ally.

Like many of Pakistan’s businessmen, Rameez Sattar lives between Karachi, the country’s economic capital, and London, the metropolis that is home to a large Pakistani community. He is establishing a new watchmaking entity in London. He already owns the Sonraj network of watch stores in Pakistan which has some ten points of sale in Karachi, Islamabad, Lahore and Mirpur (Kashmir), representing a broad selection of Swiss brands, including Omega, IWC, Ulysse Nardin, Hublot, Vacheron Constantin and Panerai. 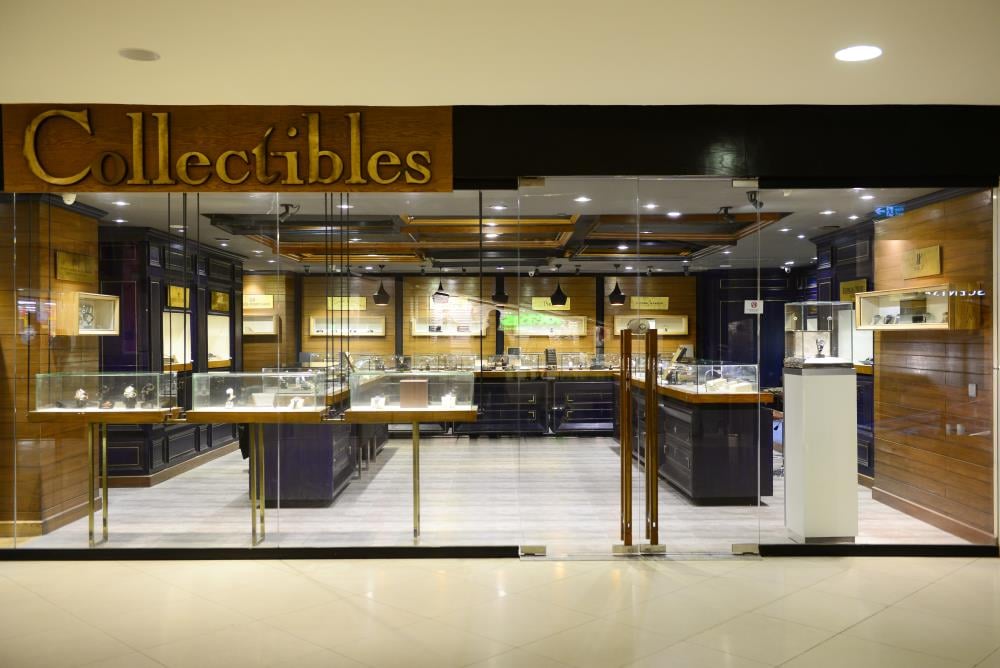 Rameez Sattar, who descends from a Memon family of jewellers from Gujarat, took over his father’s business in the early 1990s. His father was the representative in Pakistan of Rado – a historically dominant brand on the Indian subcontinent. Rameez Sattar has since transformed the business completely, via a patient upgrade in the range of watchmaking products he offers. “Back then, we were mainly selling on credit, which caused problems because we had very few guarantees,” explains Rameez Sattar. “I then decided to act by completely changing the business strategy.” At the SIHH, he discovered Vacheron Constantin, his first coup de coeur, which he added to the store’s portfolio in 1996, along with Hublot. 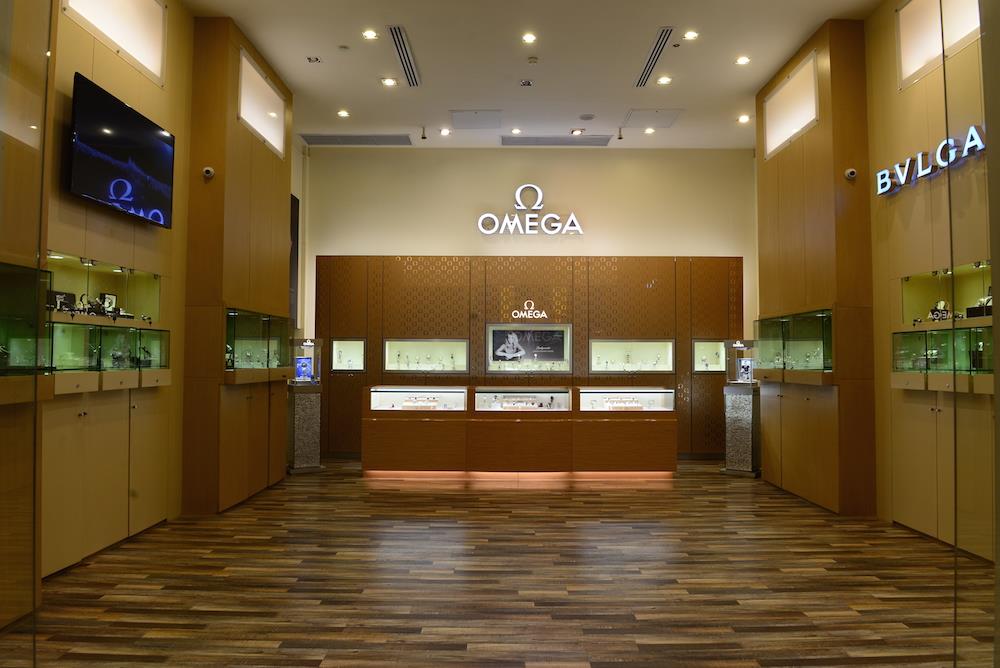 The Omega heavyweight is found in the AM:PM chain of the Sonraj Group

Karachi, the seventh largest city in the world

“In 2002, we opened a new store in Karachi that changed the dynamics of our business, by focusing exclusively on high-end watchmaking,” says Rameez Sattar. With some 23 million inhabitants, Karachi is now the seventh most populous city in the world. Its main economic and strategic asset is its large port on the Indian Ocean.

The arrival of malls and shopping centres has changed the situation of retail in Pakistan – as it has elsewhere in the world.

“Faced with the phenomenon of luxury supermarkets, we have decided to further increase our specialisation in watches by investing massively in company structure, research, and training for our teams and after-sales services.” In particular, Rameez Sattar has launched a continuous training initiative for watchmakers operating in the most remote regions of this vast country. “There is a historical network of talented local watchmakers. It also opens up business opportunities for us, like the new shop we have inaugurated in Kashmir.”

A corridor between China and the ocean

Pakistan has a very young population (the average age is 22), but it also has many inequalities. Nevertheless, local retailers are counting on the emergence of an upper-middle class to develop their business. Some sectors, such as IT, seem promising. The country’s economic future will depend in large part on the evolution of its relationship with its strategic ally and major trading partner, China. The vast infrastructure project called One Belt, One Road, which aims to revive the old Silk Road by connecting the country directly to Central Asia and Europe, also includes a seafront that leads to the new port of Gwadar in Pakistan.

In April 2015, Pakistan and China announced their intention to invest $46 billion in infrastructure leading to Balochistan on the Indian Ocean, a project called the China-Pakistan Economic Corridor.

Chinese influence is expected to increase further and the renminbi, the Chinese currency, is already accepted as an official means of payment, in the same way as the dollar, euro or pound. New cities are being built along the One Belt, One Road route. Rameez Sattar also believes that the conditions for doing business in the country will improve: “The new Prime Minister Imran Khan is educated, probusiness; he lives in the ‘new world’.

Security has improved since 2010 and the government is seeking to reassure investors. The country has one of the fastest growing middle classes in the world. In international comparison, Pakistan has the 18th largest middle class on the planet, according to the World Bank.” 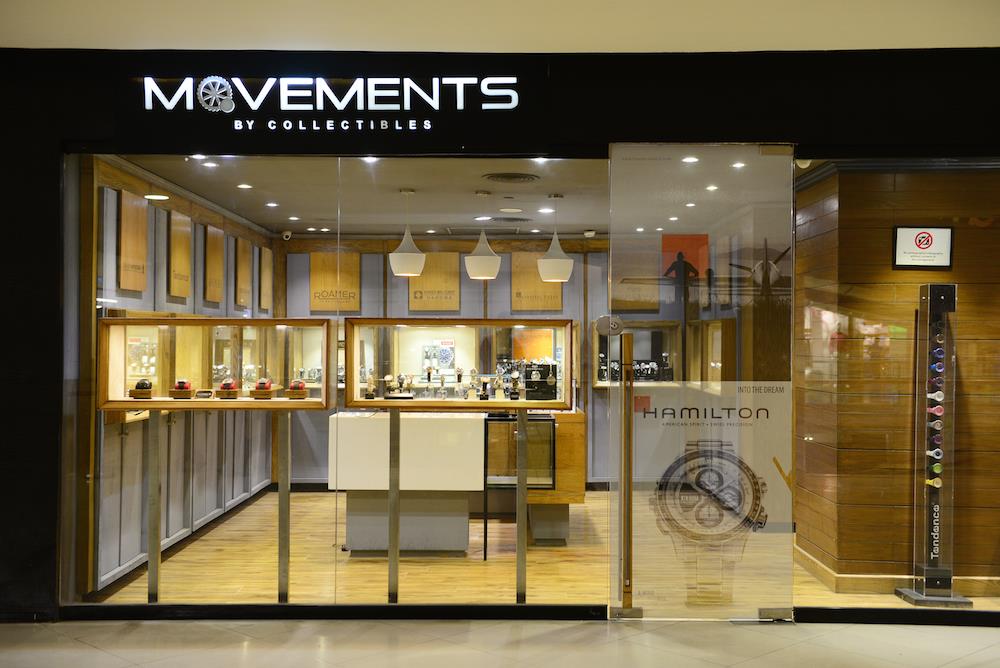 In response to capital outflow, the government is also emphasising the importance of investing in the country rather than buying abroad. “Many emerging countries are now seeking to retain domestic capital and also their most educated and talented inhabitants, rather than experiencing a brain drain,” says Rameez Sattar. Another factor of change is of course the arrival of the internet. Sonraj is about to launch its own e-commerce site, which should be online by early 2019. “I finance everything out of my own pocket and I prefer to go slowly but surely,” explains the owner. “Only a few brands will participate at first. We still need clarification from the government on what we can and cannot do regarding e-commerce in Pakistan.”

Above all, the retailer intends to stimulate the country’s watchmaking culture. “I am still regularly asked: why should I buy a watch that is the same price as a car? Another time, a customer wanted to order 50 watches from me in 6 weeks. When you know the industry’s time to market, it’s a challenge!”