2015 results for the French watch market 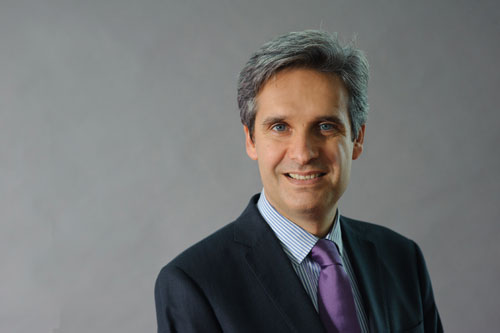 What overall conclusions can be drawn from the results of 2015 on the French watch market?

In 2015 the French watch market once again recorded a slight decline in consumption (in volume terms). Traditional watchmaking products are suffering from competition from new products such as smartwatches, and the widespread availability of other devices that can tell the time (e.g. smartphones and tablets). Nevertheless, consumption in value terms is gradually increasing, indicating that watches have become a fashion accessory in their own right. The higher end of the market is enjoying particularly strong growth. Manufacturers, however, are subject to greater competition on the domestic market, with a significant increase in imports, particularly from Switzerland and Asia.

We have also seen the emergence of new French brands driven by young entrepreneurs such as William L.

In terms of market segments, which price ranges worked best, which worked less well, and what brands are we talking about?

While watches priced under €50 still have the lion’s share of the market in volume terms, sales of watches costing over €100 have increased year on year, and this extends into the luxury sector. Here, the majority of sales go to the big watch names (Swatch Group, Richemont, Rolex, LVMH) whose brands (Longines, Tissot, Cartier, Rolex, Hublot, TAG Heuer) enjoy strong recognition among consumers, whether they are French or visitors from abroad. Mid-range watches (around €100), where names including Morellato, Swatch and Fossil dominate, are also popular in France. Finally, we have also seen the emergence of new French brands driven by young entrepreneurs such as William L.; made in China, these watches combine design codes borrowed from the major French and Swiss brands with high-quality materials and a low price (€149).

What impact have the terror attacks and the security situation had on the French watch market?

It is still difficult to evaluate the real impact of the security situation on the French watch market, but some consumer trends can give us food for thought. First of all, more than 50% of watch sales in France take place in city-centre jewellers, with around 25% in shopping malls and department stores, a trend that has remained more or less stable since 2008. Also, online shopping continues to strengthen its position in this market. While consumers have chosen to turn to local businesses and the internet for their Christmas shopping, and assuming that watches are appropriately packaged for shipping, it seems highly unlikely that the slight decline in watch sales in France (around -2% in 2015) might be due to a feeling of insecurity. Nevertheless, as the Swatch Group noted in a recent press release, it will be interesting to see whether sales of luxury watches, which are largely the province of wealthy visitors, correlate with the significant downturn in tourism we have seen, particularly in Paris.

Has the global slowdown in the watch industry had an effect in France?

Watch purchases are declining in France, as they are in all the other neighbouring countries. Nevertheless, this decline (in volume) should be no more than -1% for 2014–2015, returning to similar levels to 2009.

The French remain loyal wristwatch wearers, but they tend to focus mainly on watches priced between €50 and €100. Luxury product sales, however, are strongly influenced by tourist visits to Paris. While the Japanese and Americans have historically been regular clients of French high-end boutiques, the Chinese and, more recently, the Brazilians are now entering the luxury market. As far as French watch exports are concerned, the main markets in 2014 were Italy, the United Kingdom, Germany, Spain and Switzerland.

Has the slow growth in France had any impact on the local watch market?

Given that watches have become fashion accessories rather than utilitarian products in their own right, their consumption is clearly linked to the standard of living of the French. If we take the sales volumes figures published by the Comité Francéclat since 2005, it is clear that sales are closely correlated with financial crises. Between 2007 and 2008, then between 2012 and 2013, sales fell by around 9%, reflecting the unstable economic situation in France. On the other hand, the average watch price and the total value of watch sales has continued to rise, reflecting stability in sales of mid-range and high-end watches (with the exception, perhaps, of 2015, when Paris, the international mecca of luxury, was virtually deserted by wealthy tourists).

What about the French brands (Michel Herbelin, Pequignet, Bell & Ross)? Is the national market a vital outlet for these companies?

France still possesses some fine watchmakers, most of them in the luxury watch sector. The biggest of them, in terms of revenue, include Christian Bernard, Bodet, Michel Herbelin, Ambre and Pierre Lannier. Bell & Ross is representative of the sector, in that almost 80% of its revenue comes from exports. Nevertheless, the French market remains key for many watchmakers. In 2011, just 16% of revenues of the Christian Bernard group came from exports. And, to give just one more example, Michel Herbelin watches now make up around 30% of the French watch market in the price range from €300 to €2,000.

Do you think that reviving the French watch industry is a feasible scenario in the medium to long term?

It’s a scenario very dear to the hearts of many seasoned entrepreneurs, who want to promote the Made in France label. Alexandre Bianchi is one of them, along with Lip, which has moved back to the Franche-Comté region. Nevertheless, there are some obstacles in the way. To begin with, there’s the issue of profitability: in order to be able to make mid-range watches, many components have to be imported, often from Asia. In terms of human resources, the watch industry requires highly-trained professionals, and there is a dearth of candidates going into the professional lycées. Those that do complete their training, notably in Franche-Comté, which adjoins Switzerland, are often drawn to work for Swiss companies, where salaries are higher and where they enjoy international recognition. Finally, from a social standpoint, the community spirit among manufacturers of parts, bracelets and movements has broken down over time, as the factories have gradually closed. Nevertheless, with the support of great historic brands such as Pequignet, Yonger & Bresson and Michel Herbelin, and the arrival of new actors on the scene who are beating the drum for the values of Made in France and the power of innovation, we can still hope to see a French watchmaking renaissance.