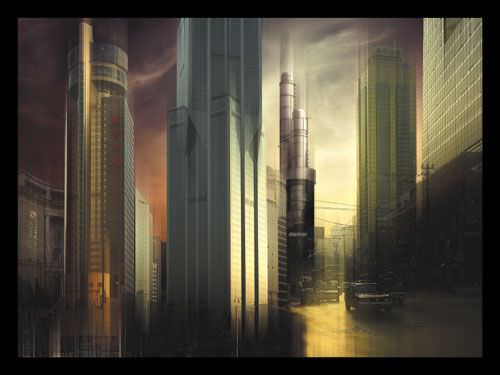 The Richemont group has adopted a rather particular strategy towards the Chinese market. It is based on the long term and is characterized by an approach that is more cultural in nature than aggressively commercial, a strategy summed up in the words of Franco Cologni: “We have not come as merchants but as ambassadors of savoir-faire.”
In concrete terms, this ‘cultural’ strategy has been demonstrated by two major events. First was the grand exposition ‘Watches & Wonders’ that took place in September 2004 at the Temple Tai Miao in Beijing. Second was the retrospective ‘Art of Cartier’ exhibition organized in July 2004 at the Shanghai Museum. These two spectacular presentations support the increasing implantation of the group’s brands in China.

At the beginning of the 1990s, Cartier was the first brand in Richemont’s stable to establish itself in China. It was rapidly followed by Piaget and Dunhill, then a little later by Vacheron Constantin, Jaeger-LeCoultre, IWC, Baume & Mercier and Montblanc. Panerai has just made its presence felt, starting in the northern part of the country and will soon open its first boutique in Shanghai. The final brand to move into the Chinese mainland is
A. Lange & Söhne, which is expected to open sales points over the course of 2005.
In all, the brands in the Richemont group are present in 250 sales points, of which 59 are boutiques of individual brands. They are located in 41 of the major cities, essentially in the coastal areas from Beijing to Dalian and Harbin in the north. Besides Japan, China was the fifth largest asiatic market for Richemont in 2002. In 2004, it rose to third, and in the near future, it will most probably move to second place after Hong Kong. Richemont expects to realize a turnover in the area of 73 million euros in China in 2005.

Up to the brands
While the real ‘opening ceremony’ in the Chinese market was organized by Richemont for its ten brands in a ‘collective’ manner, it is now “up to the brands to continue the process,” says Franco Cologni. “Richemont is now passing into the background.”
During their move to centre stage, the brands will continue to receive the support of Richemont Asia Pacific Ltd, managed from Hong Kong by Francis Gouten, with offices in Shanghai. In Cologni’s opinion, the timing of the prestigious events held by Richemont was perfect. “China is a market of ‘brands’.” he explains. “Contrary to Europe, where the consumer often favours specialized chain stores [for watches, eyewear or accessories…], the Chinese tend to become attracted to a specific brand and its universe and therefore will more easily shop at a mono-brand boutique. Also, there is a rapid rise in the feminine market. Men were the first to purchase luxury products in the country, notably because of the strong tradition of giving gifts. But, although they have remained the majority buyers for a long time, the number of women purchasers in the luxury arena is quickly growing, and may soon overtake the men. Another factor in our favour,” adds Cologni, “is the exceptional reputation of watches that are made in Switzerland, with their immense prestige.”
The first phase of establishing the group’s brands in China, which has been concentrated in the coastal areas, is soon to be accomplished, as witnessed by the 250 sales points in the nation. The second stage involves moving into the interior of the country, regions that are less familiar to foreigners, but that are enjoying tremendous economic growth.
Leaders of the various Richemont brands are putting the accent on gradual development over the long haul in this vast market. They say and keep saying that “we have come to China for the long term.”