Each year, the international watch marketing days, organised by Kalust Zorik, co-founder of Switzerland’s Watchmaking Marketing Institute, allocate a day of research and a day of presentations to a particular theme related to the watchmaking industry. The 2013 edition focused on the issue of customer service, in particular using the huge amount of data now available on the Internet to present various analyses of customer behaviour. 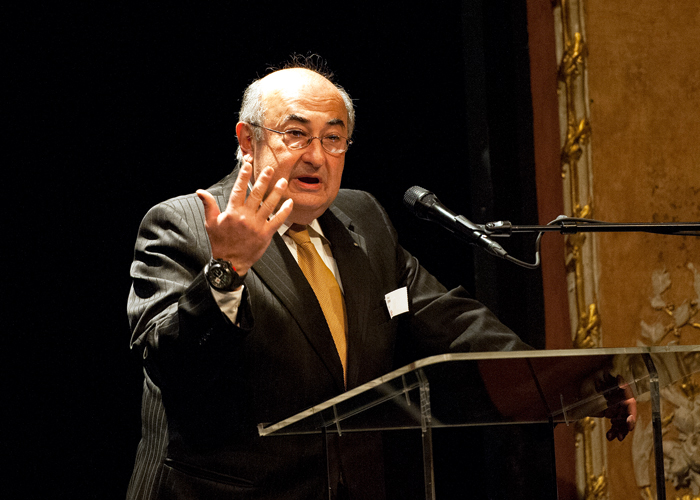 Marco Gabella, co-founder of the watch website Watchonista, set the scene for the day by presenting the results of his site’s survey of 150 of its users spread across 17 countries. Taking watches in all price segments into account, the respondents in this survey gave customer service an overall score of 6.97 out of 10. This is not a bad score in itself and looks even better when you consider that those responding are mainly bloggers, moderators, collectors and watch fans – what Mr Gabella refers to as the “communicating minority” – who are more likely to take a deeper, more critical view. With the industry wrapped up in its own microcosm, it is, however, often easy to forget that alongside this minority there is a silent majority of largely satisfied customers.

Given the demographics of Watchonista’s survey, it is hardly surprising that 90 per cent of respondents thought that customer service should not be a profit centre.

Given the demographics of Watchonista’s survey, it is hardly surprising that 90 per cent of respondents thought that customer service should not be a profit centre. After all, how many watch collectors want to think that a brand is making extra money from their passion for fine mechanics? But as François Girardet, former customer service manager for Breitling, pointed out, this equates to customer service departments funding an advertising campaign (their objective being after all to ensure a positive image for the brand) but at break-even – a task that no marketing or advertising department would be expected to accomplish.

Whether or not they operate as a profit centre, customer service departments need watchmakers. According to Maarten Pieters, Director of the WOSTEP watchmaking school, these watchmakers will be increasingly hard to find. Using projections of future returns of new watches each year, added to those already in circulation, which will of course still need servicing, Mr Pieters predicted a chronic shortage of watchmakers. His startling revelation that only 200 people in the United States (population: 317 million in 2013 according to the US Census Bureau) are interested in becoming a watchmaker shows the massive amount of effort required to promote the different watchmaking professions as attractive career prospects. The Swiss watch industry may be delighted at the 6,200 tourbillons it exports every year (according to Mr Pieters), but who will be able to service or repair them? 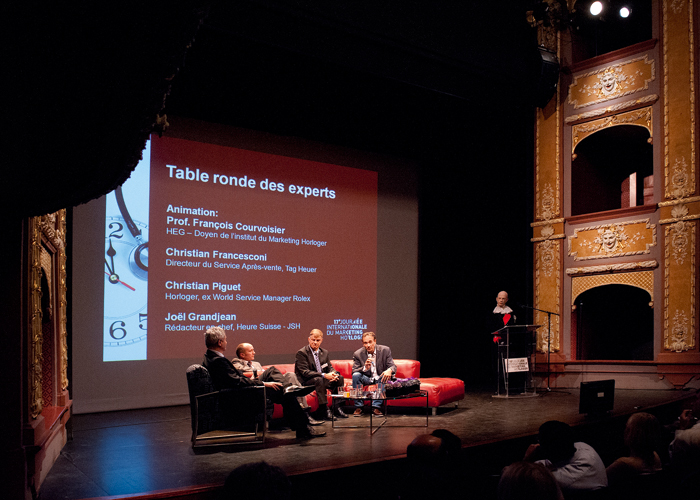 Two of the presentations made at the research day were presented at the international watch marketing day. Like all but two of the presentations made at the research day, they both used the Internet as a resource for measuring customer behaviour. The winning presentation, by Nathalie Veg-Sala et Angy Geerts, from the Université du Maine, Le Mans (which earned its two authors the prize of a TAG Heuer timepiece each), sought to classify customers into various groups according to their likelihood to voice their concerns about customer service – perhaps one the of the most useful tools that could be put at the disposal of brands. 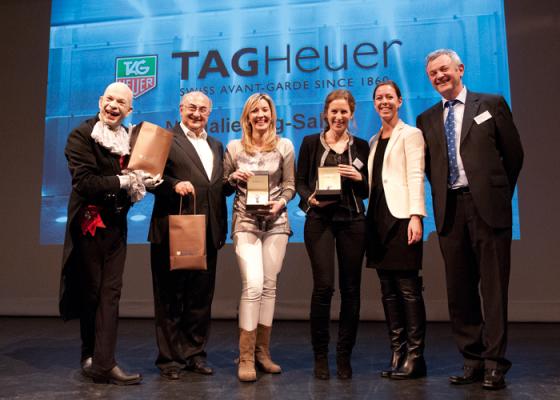 Another presentation, by Raphael Ly, from the company Virtua, used a complex methodology to produce a series of tables on a number of themes, each dividing the same 47 watch brands into four distinct groups for the purposes of comparison. This “Fine Watchmaking Digital Awareness Index” is based on the results of an analysis of online comments over the period June 2012 to July 2013 gleaned using the resources of eCAIRN, a company that offers social media marketing solutions, which trawled 110,000 comments from 313 sources such as blogs (by far the dominant source), Facebook pages, specialised websites, forums, brand websites and brand news sites for comments regarding the brands concerned. (It is worth noting that Twitter was not considered in the analysis because, according to the authors, at the moment it “simply relays news from other sources”). 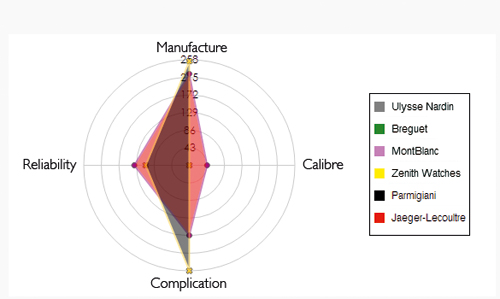 For the most relevant example to customer service, the index of reliability puts brands such as Patek Philippe, Audemars Piguet and Vacheron Constantin in the same group with a high level of awareness but a low level of penetration in discussions about reliability. But a meaningful analysis of this information requires the context provided by the full index, for which you will have to put down a hefty 2,500 Swiss francs for a brand-by-brand analysis and recommendations.

One of the main issues related to the huge volume of data about customers’ activity that is available on the Internet is how to aggregate and evaluate this information. IBM, which is generating more and more of its revenue from services to customers rather than selling hardware, proposed its solution at the day’s conclusion. Using the same level of technology that saw the company’s robot Watson beat human competitors to win an episode of the famous US quiz show Jeopardy in real time, IBM has the capacity to bring together numerous disparate sources of information, make them available across an entire company, and search them in an instant. It may be a while before watch brands manage to harness this technology in a meaningful way. But giving everyone at the company instant access to any information they may need – from the watchmakers to the sales department and the CEO – could provide the crucial advantage as customer service gains ever more importance.

The Fine Watchmaking Digital Awareness Index goes to great lengths to validate its findings and remove “noise” from the data it samples. One of the most important aspects of this was to establish whether there was a correlation between discussions in English and French about the same brand. To do so, the index used the so-called Pearson product-moment correlation coefficient. The equation below looks daunting but is relatively simple to calculate from a sample, since it merely involves working with squares of the sums of the two values in the sample (in this case, the occurrence of discussions in French and English) and produces a value between -1 and +1 to indicate the level of correlation between the two. A result of -1 indicates a total negative correlation, 0 means that there is no correlation and +1 indicates a total positive correlation. In the case of English and French discussions on the same watch brand, the correlation was 0.881, suggesting a strong link between the number of discussions in the two different languages.

The increasing demands on after-sales service have resulted in long delays for customers. In order to minimize the bad mood that accompanies this period, (...)