By Serge, Pierre and Philippe Maillard


At 76, Walter von Känel still rules Longines with an iron hand. This colourful and charismatic former Swiss army colonel is affable, but firm. “The Boss”, as his troops call him, is a veteran of many battles and has succeeded in making Longines a veritable “war machine” in an affordable price segment often neglected by the upper echelons of Haute Horlogerie. Today, Longines is on the way to achieving a turnover of 2 billion.

By Serge, Pierre and Philippe Maillard

At 76, Walter von Känel still rules Longines with an iron hand. This colourful and charismatic former Swiss army colonel is affable, but firm. “The Boss”, as his troops call him, is a veteran of many battles and has succeeded in making Longines a veritable “war machine” in an affordable price segment often neglected by the upper echelons of Haute Horlogerie. Today, Longines is on the way to achieving a turnover of 2 billion.

Who gives the orders?

“When I started at Longines in 1969, the watchword was: ‘technology gives the orders, the market follows’. It took us a while to reverse this attitude. Moreover, up to 1988, Longines was a ‘manufacture’ (although there are as many definitions of ‘manufacture’ as there are pages in the Bible!), producing in-house cases and movements, including chronographs, but no dials or hands.

When SMH (the future Swatch Group) was created, they conducted a study and took the decision to stop manufacturing movements in-house and work solely with ETA movements. Mr. Hayek Sr. had decided to make a clear distinction between the brands, the movement manufacturers and the services, such as timing (see our article about Swiss Timing).

And let me tell you, I don’t regret it, even if it was frustrating at first. So, on 3 February 1988, I had to inform the troops that we were stopping manufacturing movements and were delegating that to ETA. Today, we’re fortunate enough to have very high-quality product development partnerships with our brothers- in-arms at ETA. So we succeeded in changing the mindset at Longines and since then, it’s the market that gives the orders, and the technology follows!”

The mission: occupy a territory

“In 1984, Nicolas Hayek Sr. entrusted one sole and unique mission to me: ‘Walter, you’re going to be number one in your price range.’ It was clear and simple – a colonel who receives an order as simple as that needs nothing more!

As far as Swiss watch export statistics are concerned, we can measure ourselves against the rest of the field, and let me tell you, I’m perfectly happy in my price bracket! We account for more than one-third of Swiss exports in the 1,000 to 3,000-franc recommended price range. I generate two-thirds of my sales with 50 references (in terms of cases).

Last year we produced 1.5 million watches, 80% of them mechanical, divided 50-50 between men’s and ladies’ models and with special emphasis on the three-hand and calendar models. Backed up by the industrial strike force of Swatch Group, Nick Hayek recently announced we were heading for the two-billion-franc turnover mark. It’s a high-volume market. People are interested, that stands to reason… So we’ve created a ‘reception committee’ for those who come along.”

Reconnoitring in an electronic minefield

“When I first started, in 1969, I was sent to the United States as an intern. After that, I was assigned to cover Japan just when quartz was developing. Watchmaking was changing, we had to react.

As regards electronic watches, in terms of batteryrun movements we used the Dynotron, and then the Mosaba, which was a tuning fork watch, in response to the Accutron by Bulova.

Sales pressure prompted the Longines team to venture into analogue quartz territory and quite rightly. In 1969, we launched the Ultra-Quartz, then we began to buy quartz movements from EM-Marin and then ETA. Quartz dominated for a time, but today it accounts for only 20% of our production. We launched our own counter-offensive and were precursors with the V.H.P., which performed better than the traditional quartz – and which we re-issued just last year.”

“As regards mechanical watches, we had a handful of very powerful in-house movements, which were transferred to ETA. That soon gave us the advantage of being able to invest strongly in brand recognition and the end product, unlike other brands.

And thanks to our excellent relationship with ETA, we developed two movements specifically for the highvolume market, one men’s and one ladies’. They’re our basic infantry division!

For the men’s watch movement, we started with the ETA 2892A2, which at Longines became the A31. Its performance reflects the evolution in component production. For example, in the Record collection, the A31 exists in a silicon and COSC version.

The ladies’ movement accounts for around 50% of our automatic watches. Historically, it was the ETA 2000/1, a small round-diameter calibre (diameter 19.4mm, thickness 3.60mm) that allowed us, combined with other improvements, to make 25.5mm watches, which we improved by making it 0.5mm thicker. That became our A20 and it’s a very important product.

All that is done in dedicated ETA workshops on our own premises: 250 people work there.”

“The degree of automation of our production lines depends on the component. If you’re talking about high-volume movements, it’s incredible how many ETA is capable of producing. The model most emblematic of this industrial strength has to be the Sistem51 by Swatch. And I’m very glad that the group is helping automate or mechanise calibre production.

Even so, for a calibre as sensitive as the ladies’ model, I’m impressed by the production lines. For example, you don’t get the glitches you used to see in the oiling operations, which were caused by human error. And then it’s impressive to see how the case manufacturers have evolved. I do a tour of our suppliers every month. The performance of the new generation of the CNC machines that do 20-30 operations is beyond belief. Hand production is also largely automated now, but much less so the dials. And where machines haven’t been able to replace the human hand is in polishing, especially the cases and bracelets.”

The battleground of customer service

“Given the volumes we produce, I’m very committed to customer service. It’s very highly developed at Longines. I always say that’s the best publicity we could have, and the cheapest. Today, news of bad customer service gets around; on social media that kind of information spreads like wildfire.

All the customer service on the basic calibres is done either in our workshops at St-Imier or directly in the 37 branches of the Swatch Group all over the world. The level after that is the retailers. The best ones are approved for customer service and can request components.

We also have a special Heritage workshop where we do all the customer service for watches produced during Longines’ in-house manufacture period, up to 1988. The Swatch Group has made a great leap forward in customer service in terms of quality and effectiveness, including making reception premises, more welcoming.

But the public enemy number one of watches today is magnetism. I’m certain we’re going to make a big hit with the VHP that’s highly resistant to magnetism. The watch will stop if you enter a magnetic zone and automatically catches up the lost time.”

“As for e-commerce, we’ve just opened our own site in China, after the one in the USA. We also sell at the same prices, without discount, on e-commerce platforms. We started last year with TMall, a subsidiary of Alibaba. If it’s not the official price, we don’t sell! In Beijing, I met the director of TMall, which also sells on the parallel market. But we’re fighting the parallel market, that’s my personal war! I recently blasted parallel market players in Italy, Germany and Austria. And in terms of volume we’re not talking peanuts, let me tell you. We’re also putting pressure on TMall to curb the parallel market.

Since 1867, all our watches have had a personalised reference number on the back of the case, so we have traceability throughout our entire network. I know immediately who I sold each model to. Our subsidiaries have the obligation of recording the reference numbers of watches they sell to retailers. We have to cut off supplies to retailers who feed those markets! We recently seized a huge haul of watches on the parallel market thanks to the Chinese customs. We have very good relations with them, which means we can trace back the supply lines. We do the same with counterfeit watches. We produce huge quantities and unfortunately, that attracts parallel marketeers or counterfeiters. It’s the price of success.” 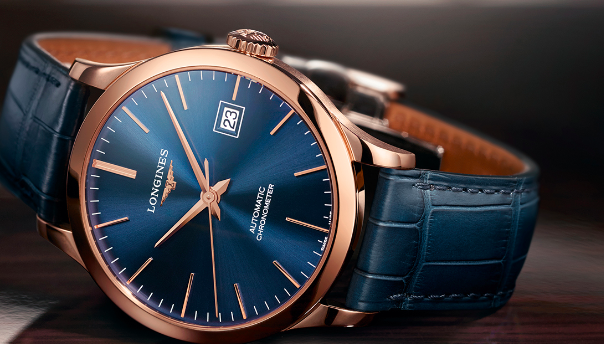 “We’ve been present in China for a century and a half. It’s a significant market for us and one that’s still growing. To balance our markets, we have to make more effort to promote and distribute our watches in Europe and the United States. But they’re very competitive markets. Luckily, we haven’t had any problems of surplus stocks. Every morning, I receive the lists of sales by reference and country. I can still look myself in the face!”

“My first Baselworld was in 1969. In the Swatch Group, we decided that the Baselworld question should be decided by HQ. And we’re obedient soldiers who do as we’re told.

What counts for us at Baselword is the retailers. And it’s a pity that the larger retailers have to come to Switzerland twice because of the different dates of the Geneva and Basel trade fairs. Having said that, we’ve always done well at Basel, but I never show a watch there that isn’t already in production. I have to deliver the same year... Basel is also the first litmus test to see whether what we’ve put in the pipeline is relevant.”

“This year, we’re making a special effort to consolidate the V.H.P. and Record collections we introduced last year. So we’re launching a Chrono V.H.P. Conquest and a Record model in stainless steel and gold.

In 2018, Longines has got off to an extraordinary start. In January I nearly fell off my chair, let me tell you. And more and more information is coming in suggesting that Longines would now be the third largest Swiss watch brand in the world (consolidated turnover). 2018 has got off to a good start for everybody and for the Swatch Group even better. 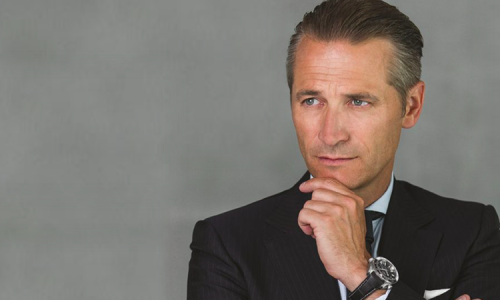 The “elder brother” of the Swatch family and the world number two watch brand, Omega has multiplied initiatives under the energetic leadership of Raynald (...) 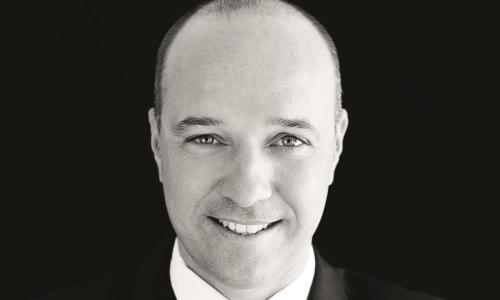 n this neo-vintage-crazed age, few brands can boast a past as glorious as that of Hamilton, considered the ultimate American brand before it took on a (...) 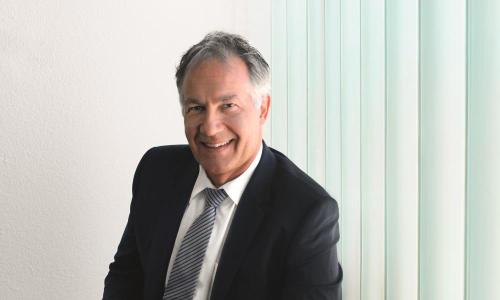 Rather discreet in comparison with the heavyweights of the Swatch Group, the brand with the turtle logo is appreciated in northern and eastern Europe for (...) 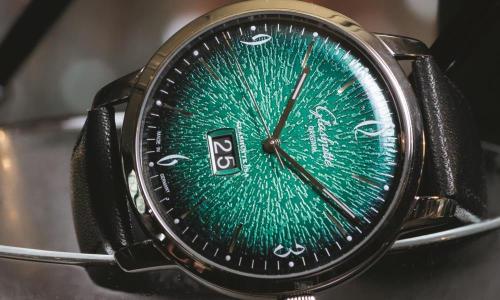 “THE GOAL IS TO MAKE OUR IDENTITY CLEAR”

The Swatch Group’s German brand is seeking to get back into the global watchmaking spotlight with models that are a bit out of the ordinary. Europa Star met (...) 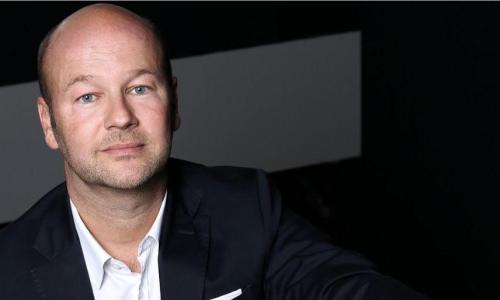 On the occasion of its 280th anniversary, Jaquet Droz is stepping up its contemporary exploration of historical luxury watchmaking, and focusing on one (...)