When Frank Lloyd Wright was commissioned to design the Solomon R. Guggenheim Museum, his mandate was to create “a temple of the spirit.” But on one evening this October, New York City’s monument to modern art and design was refashioned as a temple of watchmaking inspiration. The spiralling seven-story ramp that encircles the interior, usually a soft white, was framed in shifting beams of orange and purple light. The open atrium was filled with tables, each including a glass centrepiece.

When Frank Lloyd Wright was commissioned to design the Solomon R. Guggenheim Museum, his mandate was to create “a temple of the spirit.” But on one evening this October, New York City’s monument to modern art and design was refashioned as a temple of watchmaking inspiration. The spiralling seven-story ramp that encircles the interior, usually a soft white, was framed in shifting beams of orange and purple light. The open atrium was filled with tables, each including a glass centrepiece.
A

s guests gathered in the the Solomon R. Guggenheim Museum’s rotunda and toured the current exhibitions, Mido CEO Franz Linder described the Swiss brand’s newest watch: the Inspired by Architecture Limited-Edition, an automatic timepiece that draws its design from the Guggenheim. As if the room weren’t already theatrical enough, soon a team of aerialists, wrapped in orange silks, were circling and tumbling through the dramatic open space of the atrium, their forms flipping or angling up toward the ‘oculus’ skylight, 96 feet above.

Watching the aerialists spin in a circle of bodies, taut and entwined in the air, the architecture critic Paul Goldberger’s words on the Guggenheim made more sense than ever. “It’s a building that you cannot experience by sitting in one place,” he said. “It was Wright’s idea that the building is about movement through space as much as it is about space itself.” As the show drew to a close, the centrepiece on each table was removed by the performers, revealing the Guggenheim watch underneath. 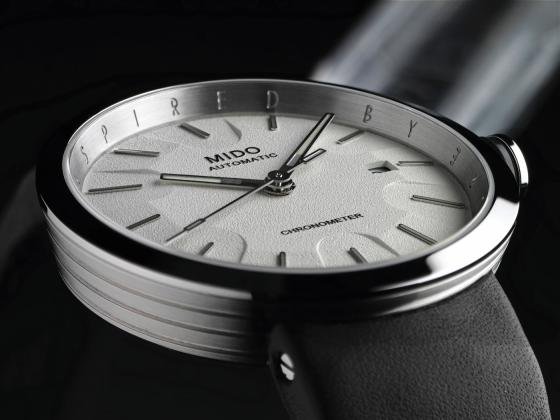 Meanwhile, some 30 blocks south, an altogether different shrine to haute horlogerie radiated light into the autumn evening. Bulgari, the luxury watch and jewellery brand owned by LVMH, had re-opened its boutique on Fifth Avenue just a week prior, and curious shoppers and tourists were peering in its gold-meshgrated windows. Placed on the southwest corner of 57th Street and Fifth Ave, the façade was bedecked in a lattice of 1,980 bronzed flowers, handmade in Italy and transported to New York’s most renowned shopping corridor.

The front door of the boutique was a perfect replica of the classic 1930’s portal found at the entry of Bulgari’s flagship store on the Via dei Condotti in Rome. Inside, one found many more references to the Italian architect Florestano di Fausto, who had designed the original Bulgari shop in 1905. Five-metre high marble columns lined the main room of the boutique, and from the balcony—decorated to recall an Italian theatre of the dolce vita era—one could gaze down at the mesmerising 700,000 tiles of mosaic and the star-patterned white Lasa marble that covered the floors.

The Bulgari store gave a feeling of entering another world, where Rome and New York City merged and classical architecture, mid-century design, and elegant modernism all swirled together. The store’s redesign had taken two years and been spearheaded by Peter Marino, the celebrity architect who has designed retail spaces for Hublot, Dior, Chanel, Louis Vuitton, and Barneys. 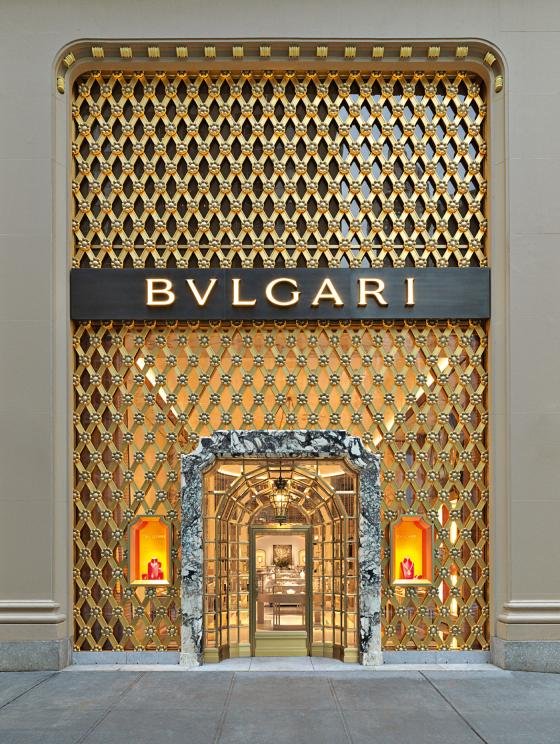 Architecture has always been a buzzword in the world of watchmaking, and all the more so in watch promotion. Among the metaphors that can help a consumer understanding horology, architecture is far more immediate and appropriate than, say, sailing.

But references to architecture in luxury brands’ messaging seem especially curious at the end of 2017. Swiss exports to America have been falling for two years. According to Deloitte’s report on the Swiss watch industry in 2017, this year the US was overtaken as the most promising market for Swiss watches, an event without precedent in the study’s history.

Industry opinions are divided about the US’s potential for growth. Many brands (like Mido) struggle to find a place in the market; others find themselves closing or contracting their points-of-sale. The economic doubt that followed the election of Donald Trump a year earlier seems to have ebbed, but many in the industry remain unsure about America and what to do with it. In many ways, the attention to architecture seems counterintuitive: the watch industry is experiencing a downturn and the growth sector is in digital, social media, and online retail. So how do we make sense of this? Why is architecture still so important to the watch business?

Of course, there’s always been certain reasons that architecture is useful to watch brands. In marketing watches, a host of different creative disciplines and measures of mastery or prowess have proven useful— each allows a brand to use metaphor and align itself with another medium.

Often, to lay consumers, it can help ground what might otherwise be ephemeral: you gain an appreciation for the virtuosity of watchmaking if you associate Movado with Baryshnikov or Rolex with Roger Federer, these known quantities in the realm of mastery. And everyone needs a differentiator, just like everybody else.

But by examining the ways that architecture is appearing in the messaging and the underlying patterns of brands’ behaviour currently, we can see the shifting impulses and tensions in the contemporary landscape of the watch market. 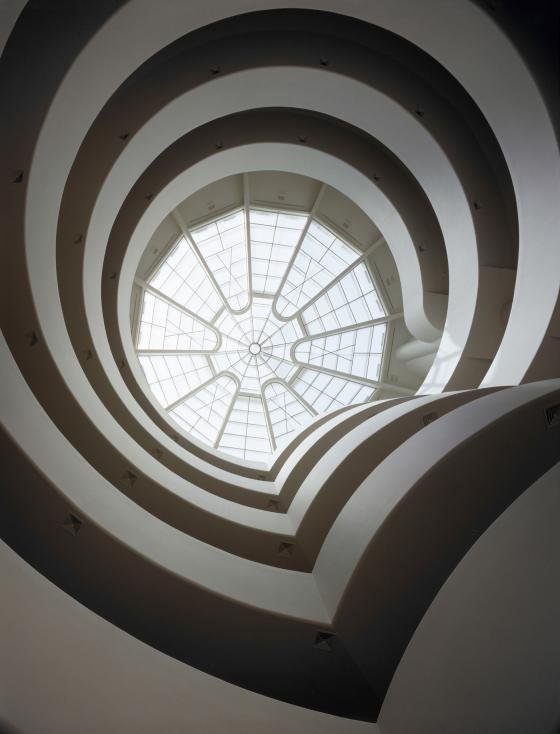 Architecture as a central theme

More than any other brand, Mido has overtly tapped into the importance of architecture as a theme and tone. Indeed, the Guggenheim watch is just the tip of the iceberg: Mido has been aligning itself increasingly with architecture since the beginning of the century.

“Years back, we analysed the DNA of Mido,” Franz Linder explains. “We came to the conclusion that Mido really stands for innovation, quality, functionality, and timeless design. And we thought, how can we communicate these values to our consumers? The conclusion is: we share these values with good architecture. That’s how we communicate—by using famous monuments that share the spirit of a specific collection; or, we’ll design a product directly inspired by a monument.”