The brand has stubbornly followed its own destiny in an era of domination by the groups. Richard Mille has paved the way for success by imposing his own tastes, without letting anyone else dictate his strategies. Interview with Tim Malachard, marketing director of this family business.

The brand has stubbornly followed its own destiny in an era of domination by the groups. Richard Mille has paved the way for success by imposing his own tastes, without letting anyone else dictate his strategies. Interview with Tim Malachard, marketing director of this family business.
I

f we were to list the three “historical” watch brands with the most consistent and successful strategies, we would reel off the names Rolex, Patek Philippe and Audemars Piguet, with an almost Pavlovian reflex. If we had to perform the same exercise looking at the last two decades, for a new actor, Richard Mille’s name would probably be at the top of the list.

It is enough to look at auctions – the best and most revealing benchmark of the desirability and rating of watchmaking companies over time – and not the frenzy of saturation watch coverage we are subjected to throughout the year. At Phillips, which reigns supreme in this sector, Richard Mille is a serious challenger to the historic “Big Three” – alongside another contemporary champion of independent intransigence, François-Paul Journe. 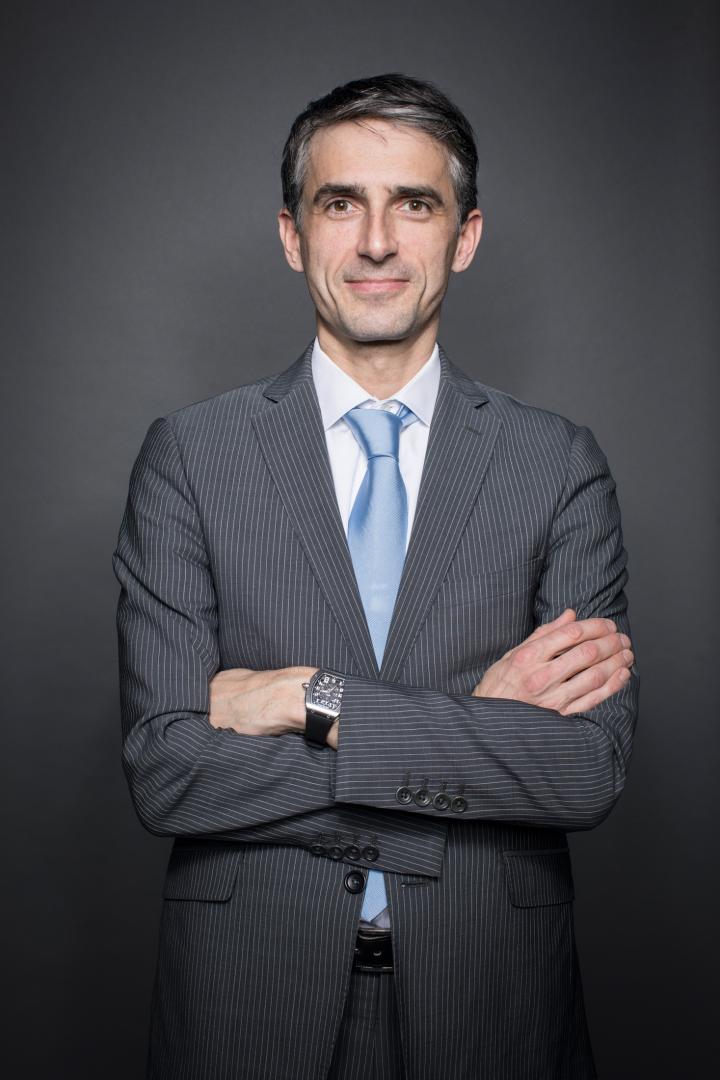 
“We want to be involved everywhere and at all times.”

It is not uncommon for a newly acquired timepiece to immediately lose 40% to 50% of its original value as soon as it leaves the store. However, in the booming pre-owned market, the brand founded in 2001 is one of the few to maintain or increase its value, with some of its new products even leading to waiting lists comparable to those of a Nautilus or a GMT-Master II Pepsi. Is this the reason why Richard Mille has taken the drastic decision to no longer be represented by multi-brand stores, and instead to concentrate on his network of boutiques, while simultaneously opting out of the SIHH?

As the brand was quietly preparing for its last trade fair in Geneva, Tim Malachard, one of the company’s key managers in charge of marketing, answered our questions.

Europa Star: In 2018 you produced 4,600 watches, a figure that is up from 2017. What is Richard Mille’s maximum limit in terms of volume, for you to retain your exclusivity?

Tim Malachard: Every year, we increase our production volumes by 10% to 15%. In 2019, we should therefore reach a total of 5,200 watches. It is difficult to put a maximum limit on our niche: indeed, with an average price of 200,000 francs, we don’t really have a direct competitor or a reference point! We certainly do not intend to do “volume”. Our quantities are also determined by store openings, such as our recent opening in New York – our largest store in the world to date – as well as Istanbul and Moscow. 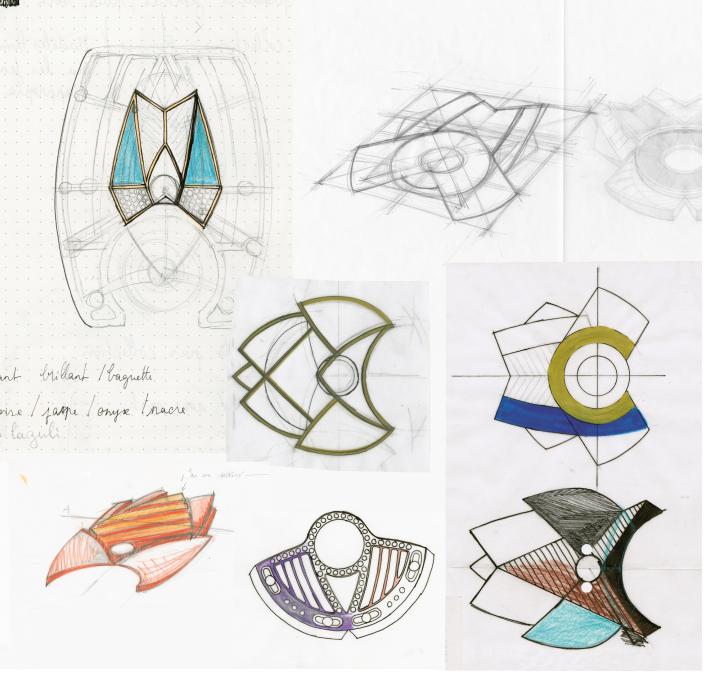 Indeed, you announced your decision to withdraw from the SIHH as of 2020 as a consequence of your desire to distribute your models exclusively through your own stores.

An important clarification on this subject: we are not cutting off links with our most important partners. Our distribution strategy is now based on boutiques that we control directly, or franchises operated by partners, as is the case in Toronto or Monaco today. We also want to take stakes in franchises. We want to be involved everywhere and at all times. What is certain is that we will no longer be present in multi-brand retail stores by the end of 2019.

Why this drastic choice?

We have been announcing this development for several years now. Our concern is really about how we present the brand to customers. We now have more than 60 models and eight in-house calibres. We are grateful to the retailers, and acknowledge all their work for the brand. But only Richard Mille’s own stores can show a representative sample of our collections, combined with the factor of the availability of the timepieces. This is less the case in a multi-brand environment.

By withdrawing from a major trade show and multi- brand points of sale, aren’t you cutting yourself off from the watchmaking ecosystem?

We remain very close to the industry. I believe, once again, that the case of Richard Mille is really special in watchmaking. Both the Fondation de la Haute Horlogerie and the retailers understand and respect this choice. I have not heard any criticism on this matter. In our own stores, we can train our sales people and take better care of our customers. We control our sales, margins and image directly. In other sectors, Hermès and Louis Vuitton, for example, chose this path a very long time ago.

What role do you give the internet, in terms of controlling your image and your sales?

We have totally ruled out the idea of selling watches online. This is simply not appropriate for our average price. And you cannot reproduce online the emotion of the physical experience, the emotion of the relationship between the human being and the object that is at the heart of our philosophy. But the digital world is obviously a valuable tool for leading customers to our stores. Moreover, I can reveal some surprising statistics: more than 50% of the people who follow us on social networks are between 20 and 35 years old.

A sensitive point in the industry is “time to market”. How do you manage it?

Some time ago, it was possible to introduce a new product at the SIHH in January and not deliver anything until the end of the year. Today, customers demand speed, and we have adapted. For example, the model presented at the Geneva Motor Show last March, the RM 11-03 McLaren, was available immediately. The same went for the new women’s collection, the RM 71- 01 Talisman. The limited edition RM 53-01 Tourbillon Pablo McDonough presented at SIHH 2018, on the other hand, was not delivered until last summer.

Do you plan, as more and more watch brands are doing, to buy and restore pre-owned models yourself?

In fact, we have been offering certified, revised and guaranteed pre-owned timepieces for two years now, at specific points of sale dedicated to pre-owned products. We are already offering this service in Japan and the United States, and we will gradually roll it out to Europe and Asia. 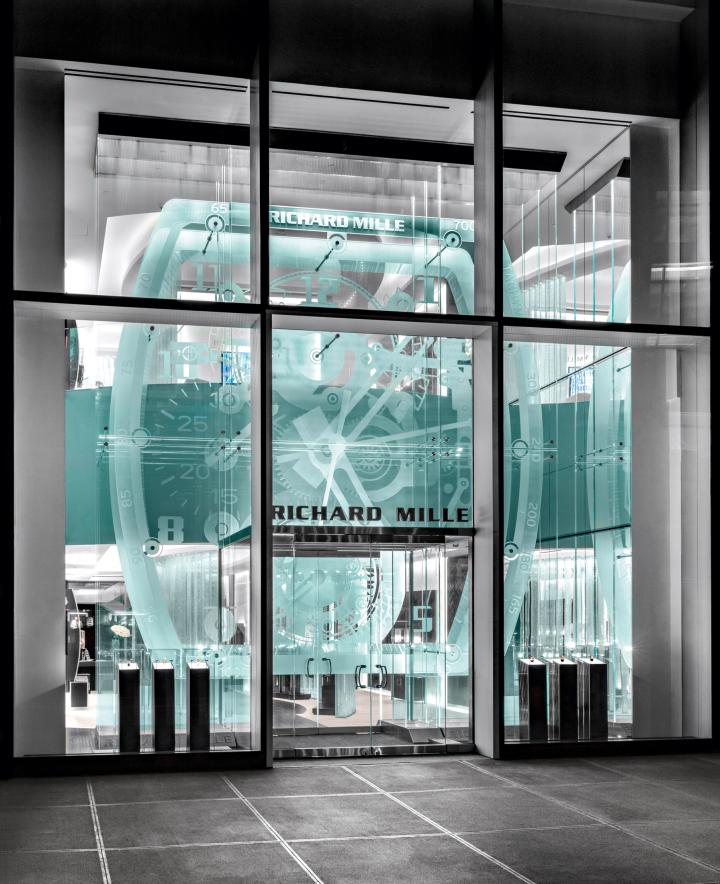 Can you give us a preview of your plans for 2019, both in terms of watchmaking innovations and strategy?

Our strategy will involve a production capacity of 5,200 watches and the expansion of our network of boutiques, with openings in Beijing, Boston, Vancouver, Mexico City, Kobe and Nagoya. Our London store will be expanded. Their decoration will also be renovated. In terms of products, we will launch about seven watches during the year, starting at the SIHH.

Mr Mille and Mr Guenat are gradually bringing other members of the management team into the spotlight, including yourself. Is this a sign of an ongoing succession? What are the company’s long-term management plans?

First, we are committed to remaining independent. Additionally, our workshops in Les Breuleux are being extended and we are hiring staff. Finally, with regard to brand management, several of us are indeed taking on more and more responsibility. Mr Mille’s and Mr Guenat’s children are already well represented in the company. This is very important, as the “human” aspect of our company pleases our customers and reassures them. It is a fundamental value.

Indeed, what are the advantages of independence, when we have seen more and more watch brands incorporated into the luxury giants?

We are not under any shareholder pressure. We hold our destiny in our own hands. And I believe that this long-term control is all the more important in our price range and segment, which is unparalleled in the industry. We are all passionate about Richard Mille, both in the workshops and on the retail side.