‘There is no vintage bubble’

‘There is no vintage bubble’

atch auctions are on a roll, with Aurel Bacs at Phillips dominating the field. How do you view the auction houses that work in that market?

I’ve been taking part in auctions since 2004, but I was collecting watches well before then, through private suppliers and retailers. At that time Christie’s dominated the market, and the precursor of watch auctions, Antiquorum, was on the decline.

The present definitely belongs to Aurel Bacs at Phillips. But I’m not sure that will last. The milieu has become highly competitive; Antiquorum is trying to make a comeback, incidentally. The critical issue for Phillips will be whether or not it will be able to regenerate, either in terms of its watches or its buyers, after having obtained and put on the market outstanding collections from certain private customers. Will they be able to keep that up in the long term?

Christie’s and Sotheby’s have an advantage with new customers who are just making their debut in watches: they’re very well-known names in the auction world and these newcomers might already be familiar with them for other products. You shouldn’t forget the brand power wielded by these auction houses in the face of Phillips’ current dominating role. Phillips still has to build its brand image.

You manage Elite Advisers, an investment fund devoted exclusively to watches, which is quite unusual. Not long ago, your collection was estimated at around 25 million dollars. What is your approach to buying watches?

I’ve never bought a watch specifically for a customer, to tell the truth. I buy them first of all for myself; some of them I’ll keep and others I’ll sell. That’s how I manage the portfolio that my customers have access to. Today, the collection consists of 150 watches. I only keep the rarest items and I avoid models in only ‘average’ condition.

The advantage today is that the number of buying channels has multiplied. Even on eBay, I’ve been able to buy some very fine Longines, Mido or LeCoultre models! On the other hand, I’d like to be able to buy directly from private individuals more, and build up a relationship with them, but that’s not as easy as it used to be, because today their immediate reflex is to contact an auction house.

There’s a real frenzy for vintage watches today and sellers are always asking for more. I still make a profit, but it has shrunk. In actual fact, my dream when I sell a watch is to be able to buy it back a few years later. That’s my benchmark for setting the sale price. If I set the rates too high, I’ll suffer myself. That’s my self-regulating system!

Yes, prices are soaring, new records are being set all the time... Aren’t we experiencing a kind of vintage watch ‘bubble’? Will you really be able to buy those watches back in a few years’ time – unless prices collapse?

You always hear people talking about ‘bubbles’ as soon as a market starts to grow rapidly. I’m very familiar with the term, having previously worked in the City’s merchant banking milieu... But you have to take a closer look: people think that the market for vintage watches as a whole has enjoyed non-stop growth these past few years. But the rapid rise in prices actually only concerns a small portion of the market – that of really rare watches over which people have gone ‘loco’. More standard watches are still as difficult to sell as ever. Don’t hope to make a quick profit. You can see the same mechanisms at work on the used car market. 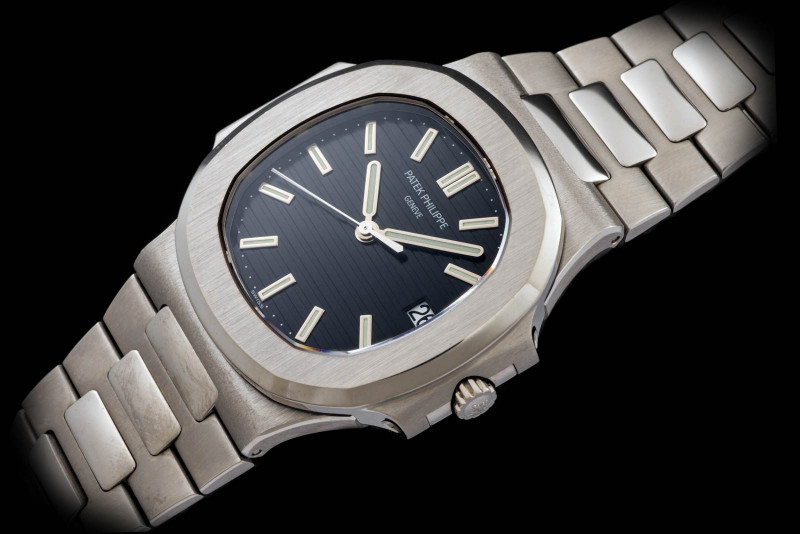 One gets the impression that when it comes to collectors’ watches there are Rolex and Patek Philippe, who monopolise all the top rankings, followed far behind by the rest of the field.

I wouldn’t be so categorical. Rather, I’d juxtapose the rarest and most prestigious watches with the most standard models, within each brand. That’s the distinction that really counts, over and above the brand itself. Personally, I sometimes prefer a Longines chronograph to a Patek Philippe chronograph, depending on the condition and the model. You can find rare, excellently well-made watches that are likely to gain further value at Mido, Omega, or Audemars Piguet. But it’s very difficult today to buy this type of watch, because they either stay in private collections, or they’re already on the market at very high prices precisely because of their rarity and quality.

You yourself once owned the Patek Philippe 1518 in stainless steel, which became the most expensive wristwatch in history, having sold for 11 million francs at Phillips last year. How much did you sell it for to the person who “hit the jackpot”?

I can’t reveal that exact price, but I can tell you that the sum was much lower... In my view, the sale price was overblown for that model, it isn’t in phase with its actual value. I’m always fighting to make sure prices stay ‘fair’. But you know, the world of auctioneering is still rather a strange place...

Have any new players entered the market? Is that what’s pushing up the price of certain exceptional models so much?

What I’m observing is that Asian buyers of contemporary Patek Philippe or Audemars Piguet watches are now directing their interest towards the world of collectors’ watches. Yet paradoxically, certain vintage Patek Philippe models are still underestimated in my view, such as references 1379, 5004, 3970 and 5020. It’s quite strange... Their 1990s models are highly valuable. Their last model that really corresponded to my taste was the reference 5970. From the 2000s, they tended to increase the diameter of their new models. For me, a watchmaker as prestigious as Patek Philippe should not be influenced by the ‘fashion’ of disproportionately large watches that we’ve been seeing for the past fifteen years. They ought to be the ones setting the tone!

How would you rate the numerous independent brands that sprang up in the 2000s – basically the ones you find in the Carré des Horlogers at the SIHH? Will collectors be falling over one another to snap up their by then vintage models in a decade or two?

I don’t think so. Those brands appeared at a time when the market was very buoyant and there was plenty of cash around. And when it comes down to it, the most successful brands today are those with a history and a vintage image. We can see that the market for vintage is creating great interest in the production of contemporary watches. I’m more inclined to think that these watches, which appeared at a tipping point, will always be associated with a precise, restricted period. Which doesn’t mean to say that I’m not interested in certain more contemporary brands, but they’re more of the type of F.P. Journe or Hublot...

We’re seeing a few paradoxes today: I’m thinking of a brand like Universal, whose contemporary watches are ‘dormant’, while their vintage watches are showing impressive ratings...

I don’t see any paradox there. On the contrary, I’d even say that the fact that the brand has disappeared off the contemporary radar raises its rating as a collectors’ brand. Look at me, I’m a great fan of Longines’ historical chronographs, whereas the ‘contemporary’ aspect of the brand isn’t very highly rated. The current state or production of a brand does not have an influence on the rating of its older products. In my view, the movements of the 1940s or 50s were better than the ones being produced today! 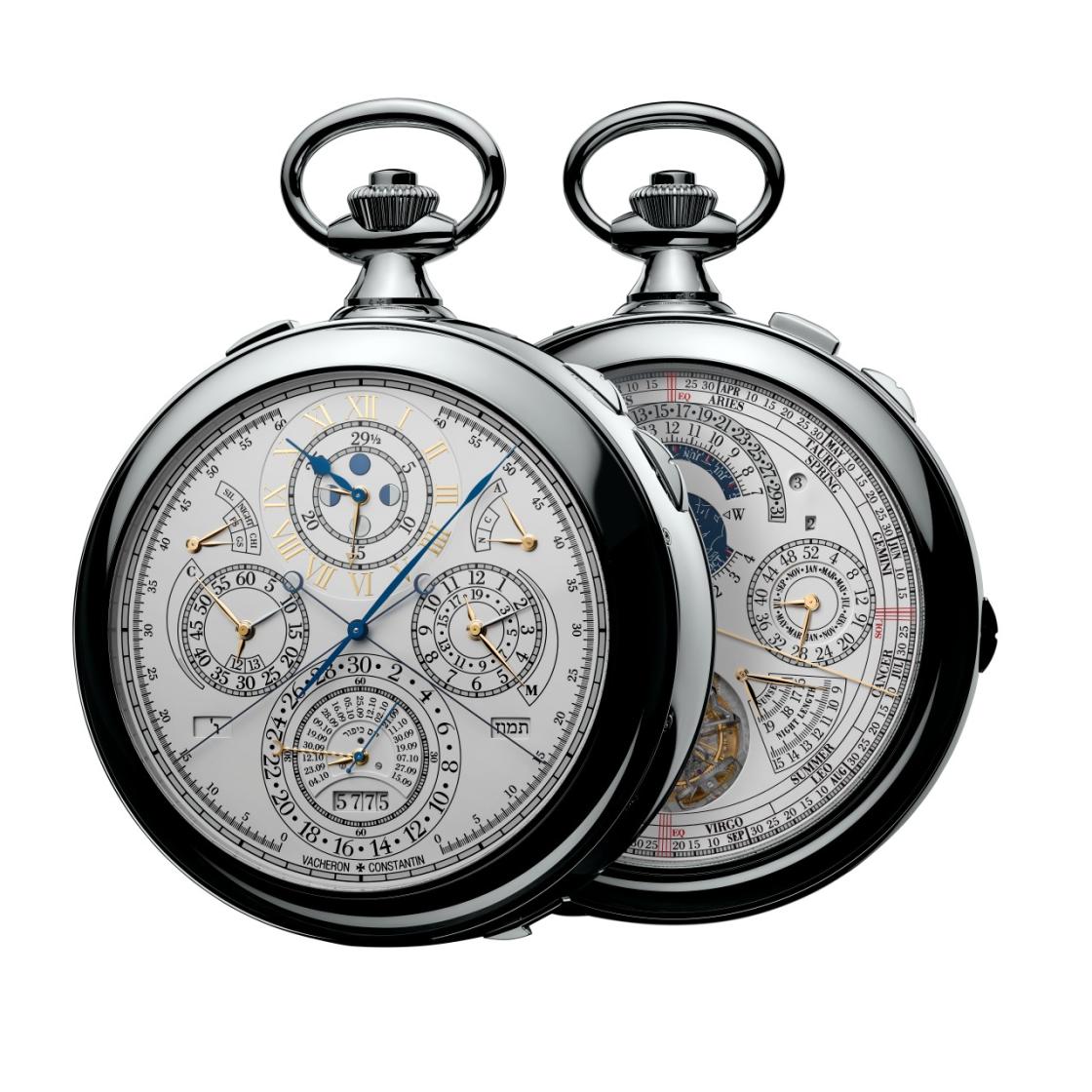 How are pocket watches doing? Vacheron Constantin brought out a model with 58 complications for its 260th anniversary; and don’t forget the famous Calibre 89 by Patek Philippe – which also celebrated an anniversary. Yet that watch did not find a buyer at the latest sales at Sotheby’s.

It’s an absolutely shameful result for Sotheby’s that they weren’t able to find a customer for that model. Aurel Bacs would have sold it with a 1000-percent mark-up at Phillips! But I’ve never collected pocket watches myself. They’re a bit too ‘traditional’ for my taste, although I admit that some models are absolutely extraordinary

What we’re seeing is that the entire vintage market has become more global, thanks both to the internet and to the auction houses, whereas it was much more fragmented and regional when I started my collection. That should, logically, keep it on a successful course.

If you could buy just one more watch...

It would be the Patek Philippe 1518 in pink gold and steel which was apparently – so it’s supposed – sold to the king of Romania. Does it really exist? I hope so...