The vintage tool watch VS. the modern luxury watch


We all remember how our first mobile phone impacted our daily routine. Suddenly we were offered the ability of calling, texting, surfing on the web, playing games, taking pictures, filming and much more. But one basic function hidden in the corner of our screen changed an industry forever.

The vintage tool watch VS. the modern luxury watch

We all remember how our first mobile phone impacted our daily routine. Suddenly we were offered the ability of calling, texting, surfing on the web, playing games, taking pictures, filming and much more. But one basic function hidden in the corner of our screen changed an industry forever.
T

he tiny clock on our screen slowly but surely affected the entire watch industry. Portable, precise and always on you, the mobile phone was, and still is the only object competing directly with your wristwatch.

As opposed to the Quartz crisis that massively weakened the industry, the mobile phones aren’t a direct hit on the product itself but more on the core value, function and practicality of a watch. 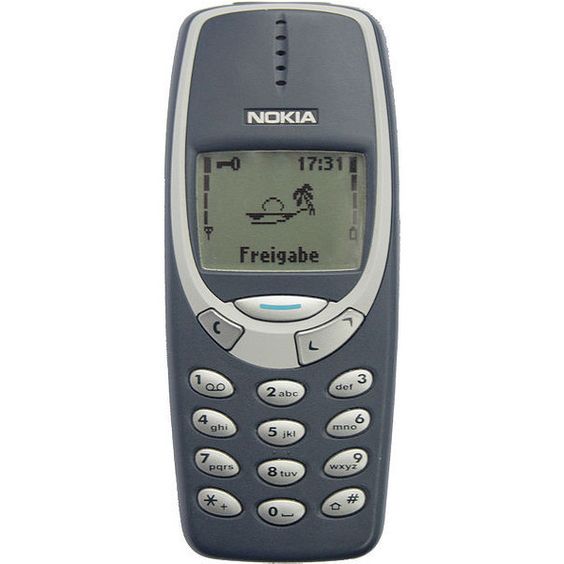 Why would you wear a watch today?

For most of us, certainly not for its day to day utility. We have our phones for that and let’s be frank they’re better at giving time and information than a classical timepiece. The brands understood that as early as the 90’s and shifted their product and storytelling towards “luxury”.

It quickly became the industry’s biggest weapon to fight the unnecessary need of wearing a watch.

But their message and marketing sometimes seem fishy, non-relevant and occasionally wrong. Some brands try their best to sell you a luxury item that is also designed as a tool for divers, pilots or explorers, but is isn’t that a paradox?

Let’s go back to the days when watches were made with a specific purpose in mind.

You don’t need to go that far to understand that timepieces were advertised and designed as proper tool watches. If you simply look at vintage ads, they will reveal that function was their main selling point.

After WWI when watches needed to be rugged for the rough terrain and harsh conditions of war, manufacturers understood that they needed to focus their output towards mass production. For that, watches couldn’t only be prestigious products (or specifically made for certain types of usage) but more a useful and affordable object.

Advertised for the working people, the sportsmen and women, the military, the pilots, the doctors, the explorers and used in many other fields, the production expanded and reached out to the entire society, satisfying the needs of the majority of the population.

A watch has always been a social status symbol, a differentiating tool, a piece of jewelry however the notion of practicality and usefulness were the core reasons why such a product existed.

Even if sometimes timepieces weren’t bought for their abilities, the basic and down to earth story telling of those brands were enough to transmit values, proudness and loyalty to their customers. Rolex was among the first to understand those concepts and to capitalized on it. Most of their ad campaigns were dedicated to either the feats of their brand ambassadors (Mercedes Gleitze, Sir Edmund Hillary, Sir Malcom Campbell) or to the core abilities of their watches.

However, it wouldn’t be fair to only mention Rolex, throughout the 20th century every single brand found original ways to promote the functionality and usefulness of their timepieces. All the big names Heuer, Universal Genève, Breitling, Omega but also less recognized brands such as Gruen, Doxa, Alpina, Certina or Lip mastered the trend. 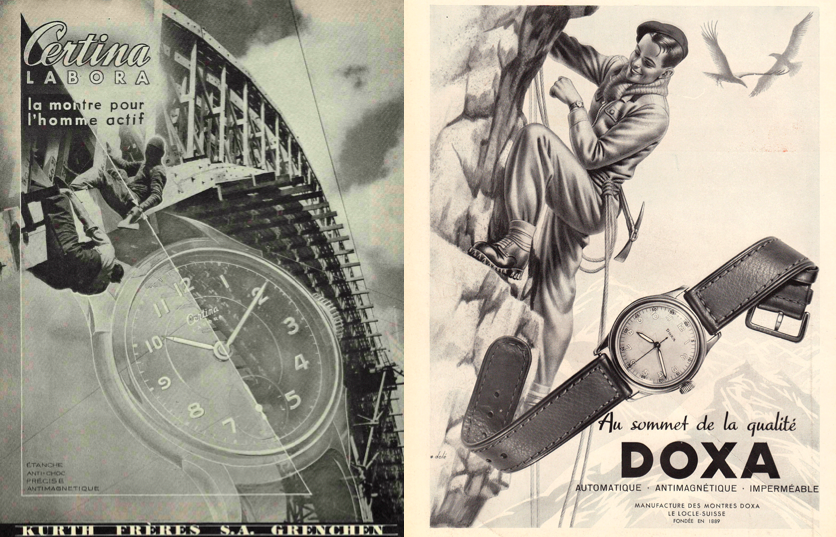 Certina & Doxa ads in the 40’s (note the name of the Certina model was Labora)
© cliniquehorlogere.ch

Was it really useful?

It may seem pompous to say it but at that time life could depend directly on the working order and functionality of your watch. For instance, in a deep diving situation if your watch gets damaged by water or if the bezel (used to calculate the remaining time under water) isn’t properly fixed it could result in bad decompression timing which can lead to death.

We could also mention the Longines Hour Angle watches that, developed in collaboration with Charles Lindbergh, allowed pilots to navigate and orientate themselves on long distance flights, crucially helpful for their surviving.

We can even be more concrete and mention the “14 seconds” of the Apollo 13 mission. To make it short, the astronauts had to make an extremely dangerous manoeuver to re-enter earth’s atmosphere as they were diverted (about 60 nautical miles) from their trajectory. They had to burn fuel for 14 seconds precisely and their on-board instrument didn’t work so Jack Swigert had to calculate the laps of time with his Omega Speedmaster chronograph. One mistake and the module would bounce back into space and the astronauts would all be dead. The mission was a success.

Even if these situations are rare and for the most part anecdotic, the watches were also useful in more common situation and some were even designed as amusement driven tools. Timepieces with complications such as GMT, Alarm, Moonphase or Worldtime are great examples of practical tools.

Some watches were even dedicated to particular activities such as hunting, regatta racing or timing a soccer game!

Complexity is not everything

Today’s production proposes luxury watches that puts complication and craftsmanship at the forefront of their offering but is that sufficient to attract future generations of buyers?

I have to say that I’m perplexed. On the one hand I would love to be impassioned by modern watches as they are the true guardian of a certain tradition and the offspring of their vintage ancestors, but on the other hand it’s tough for me to fall for what I consider sometimes tasteless and hard to believe marketing that comes with the package.

I must also mention another decision-making criteria, which is simply the price. Let’s take for instance the new Omega Seamaster 1948 Limited Edition, a well-executed, decently sized and true to the original watch. However, when I heard that Omega was asking 5700 CHF for it, I instantly thought of the five original Seamasters from 1948 I could get for that same amount of money. For me it’s a no brainer but, I’ll admit it, I might be biased as I am a lost soul, deeply affected by the “vintage” trend.

That being said, I can’t blame watch manufactures for not producing many tool watches because there is little need for them today to exist. These brands fight with what they have and I’m happy to see that most of them are trying to seduce the younger audience by making better and better re-edition and trying their best to lower their entry prices.

The appeal of vintage watches and their inventive marketing live on their own and I believe that modern brands should for sure look back and take some kind of inspiration from those golden ages but should more importantly learn to live next to them. Not in their shadows as soulless clones but as more modern, bold, technical and design-oriented pieces without being out of reach for the next generations or disconnected from their past.

Now if I ask you what time is it, will you instantly look at your wrist or at your phone?