PRE-BASEL - TITONI, in China for over 50 years


PRE-BASEL - TITONI, in China for over 50 years

Titoni is one of the rare family-owned watch brands left in Switzerland. It was established nearly 100 years ago (it will celebrate its centenary in 2019) and was first known under the name Felca. The company has been overseen by three generations of the Schluep family throughout its history and has had only three managing directors.

Today it is Daniel M. Schluep who is at the helm. He joined the company 32 years ago and therefore has an excellent overview of the progressive development of the industry, especially in China, where the brand, a genuine pioneer, has been present since the end of the 1950s. This early introduction to communist China was made possible at the time thanks to the very close partnership between the Schluep family and the Chinese Koh family, which was based in Singapore. It was also because of a desire to penetrate the Chinese markets that the brand was renamed Titoni, a name that could be more easily recalled by Chinese speakers than Felca. At a time when everyone is rushing into China, we thought it interesting to take a wider view with Daniel Schluep, who Europa Star met up with not far from Bienne, in Grenchen, the historic home of Titoni. 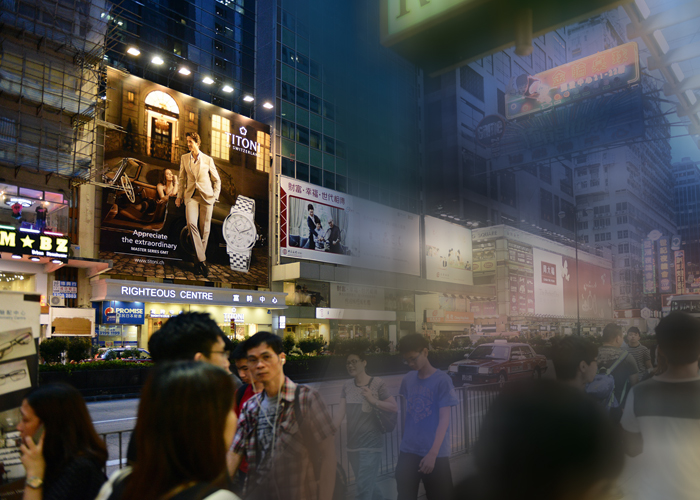 Europa Star: Everyone is talking about China! You at Titoni have been there for decades and therefore have a historical knowledge of the place. Is this a decisive advantage? Daniel Schluep: For an independent and medium-sized brand like us – we sold around 180,000 watches in 2013 – our in-depth knowledge of the country has allowed us to maintain a privileged position in the market, despite the arrival en masse of new brands with the support of big groups and their considerable marketing clout. According to statistics compiled by Famous Watches, among the foreign brands imported into China in 2012, Titoni was 6th in terms of volume and 7th in terms of value. Its position was even better in the 5,000 to 10,000 yuan (600 to 1,200 euro) price segment, where Titoni ranks fourth behind three Swatch Group brands, Longines, Tissot and Mido, as well as in the 10,000 to 30,000 yuan (1,200 to 3,600 euro) price segment, this time behind Longines, Rado and Tudor. We achieved this thanks to our network of 676 stores in China, of which 543 are shop in shops. 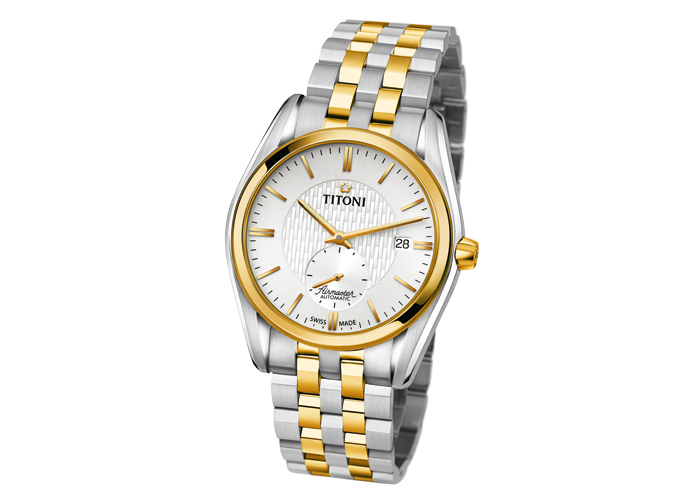 Airmaster model by Titoni
The Airmaster collection has been sold in China for 50 years and was already available at the time of state-owned stores. This very well-known watch in China has crossed generations thanks to the various adaptations that have been made to it. It costs between 1,000 and 3,000 Swiss francs.

How has the mass arrival of high-end Swiss brands transformed the retail landscape in China? DS: On the positive side, one of the consequences of the opening up of the luxury market in China is that it has allowed us to move up range. This is something that we wanted to keep within very reasonable proportions. So between 2003 and 2013, we doubled in quantity but tripled in turnover. This general move up range has also allowed us to launch new collections, like the Master Series, which consists exclusively of COSC certified chronometers, watches that nobody in China was interested in ten years ago. Furthermore, 90 per cent of our watches are mechanical. Still on the positive side, the economic development of China and the explosion of Chinese tourism beyond the country’s borders has opened up new opportunities for us in the countries that the Chinese visit, thanks to our notoriety in China. 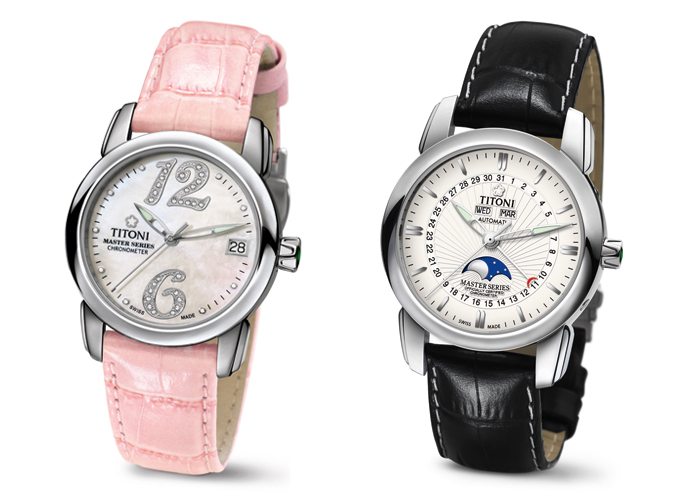 Master Series models by Titoni
The Master Series consists of COSC-certified mechanical chronometers and is the most expensive Titoni line, with prices from 2,000 to 5,000 Swiss francs for these very beautiful timepieces with a classic allure and small complications such as moonphases, power reserve, date indication by hand and second time zone. The Master Series watches are available in steel, steel and gold or gold. Some models are set with genuine diamonds.

And on the “negative” side…? DS: Everyone has been gripped by this crazy move up range, even the retailers. For them it is a question of prestige, especially after decades of being left wanting, so we were forced out of the windows of some retailers who only wanted to offer space to the big luxury brands. But this did not prevent us from developing within our own segment by working more with those who we call “happy retailers”, in other words those who have the highest sell-out. But this race for luxury may well be slowed down by the anti-corruption campaigns, which do not affect us in our category. I can also understand, from a social and political point of view, the need for such a campaign against the growing inequalities in the country.

But don’t the problems that a brand such as yours face now come from closer to home – in production? DS: Of course, and in 32 years I have seen things change dramatically. Before, the problem was access to international markets. Now the problems are here in Switzerland, “at home”. Despite our good relationship with suppliers, mainly ETA and Sellita, we cannot obtain the quantities we need. The figure is going to shock you: we have had to refuse 90 per cent of purchase and distribution orders! In China alone we could easily double or volumes. This is a shame, of course, but on the other hand I think that unlimited, rampant growth could be very dangerous as well. In general, our philosophy is to proceed with caution and look for stability. 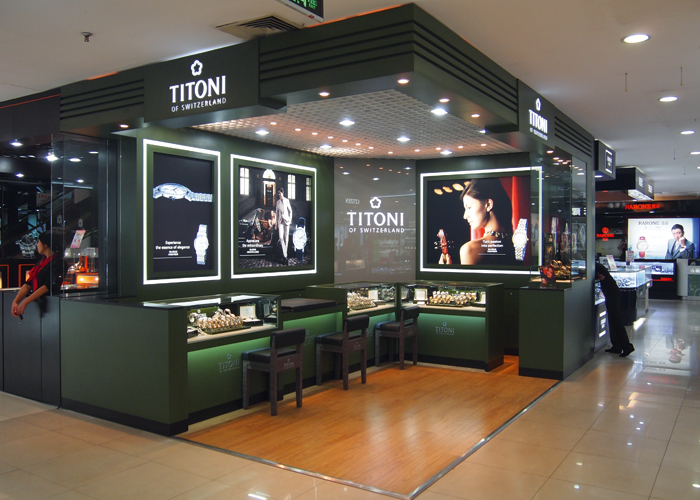 But it’s difficult to find stability in the current climate… DS: We know in theory what we can expect up until 2019. Beyond this it is a different story, but I remain quite optimistic. I’m sure that by then the Swiss watchmaking industry as a whole will have come to some arrangement because it’s a fallacy to think that every small brand should produce its own movements. The most important thing is the regularity of deliveries. If there is no assurance of a constant supply, this could be dangerous, especially since the alternatives – and by this I mean reliable and affordable mechanical movements – are still few and far between, or even non-existent in certain categories, such as that of the ETA 2671, a small ladies’ self-winding movement with a diameter of 17.2mm that has no equivalent on the market. 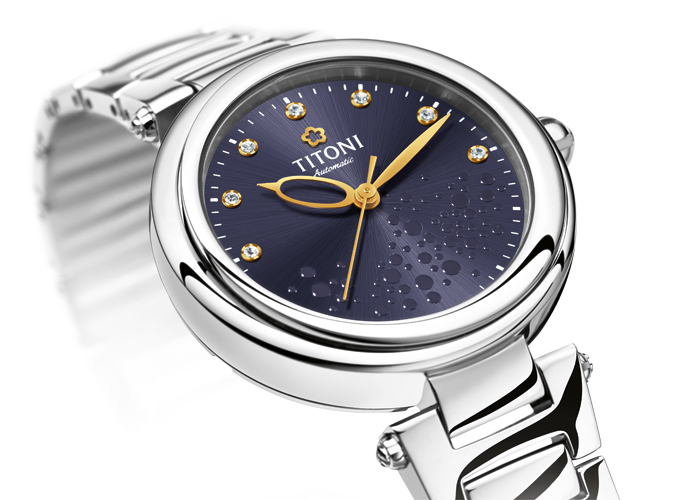 Miss Lovely watch by Titoni
Miss Lovely is a new ladies’ collection that consists entirely of self-winding mechanical watches. The intricate dials express a style that combines traditional touches with those aimed at a new generation. Their prices: between 1,200 and 1,800 Swiss francs, depending on the model.

And you also have to contend with Swiss Made at 60 per cent... DS: For our self-winding watches, 60 per cent is an achievable objective. But for the quartz models (which only account for 10 per cent of our range) it will be a lot more difficult given the problems of supply and the cost of cases, dials and straps. Having said this, Swiss Made must be protected because too many people are abusing the label. But “soft” factors such as quality, customer service and design should also be taken into account in the criteria… This whole business is still too vague at the moment. 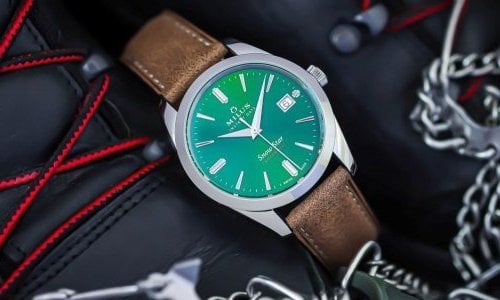