The Swiss mechanical watchmaking “revival” has essentially entailed a process of renewing existing mechanical skills. The task was to show that mechanical ingenuity had returned, not to play hide-and-seek, but to proudly reveal its capabilities. The best, but by no means the only, illustration of this is the remarkable vogue for double, triple and even quadruple tourbillons. Watchmaking performance thus became the latest weapon in the battle for corporate image among brands.

The Swiss mechanical watchmaking “revival” has essentially entailed a process of renewing existing mechanical skills. The task was to show that mechanical ingenuity had returned, not to play hide-and-seek, but to proudly reveal its capabilities. The best, but by no means the only, illustration of this is the remarkable vogue for double, triple and even quadruple tourbillons. Watchmaking performance thus became the latest weapon in the battle for corporate image among brands.
T

hen, after almost every corner had been explored, the focus surreptitiously shifted towards materials. With the conventional gold, platinum and steel no longer sufficient to meet the needs of finishing, or indeed achieving the necessary feats of technological prowess, attentions turned towards other materials, preferably high-tech.

Indeed, as Dominique Fléchon’s list of watchmaking materials used throughout the course of its history clearly shows , watchmaking has always enjoyed close ties with the metallurgical industry and its progress. However, for a long while, most watches were produced in traditional metals, with gold reigning supreme over the industry, followed by platinum, and way ahead of steel in terms of prestige, including when it became stainless.

The first wake-up call, as such, came in 1972 with the launch of the Royal Oak, the first high-end sports watch crafted in steel and singing loud and proud of its metallurgical origins. It was thus the Royal Oak that established the credibility of steel, in its own way opening up the race for materials. And since steel had gained in prestige, so other materials could follow suit. 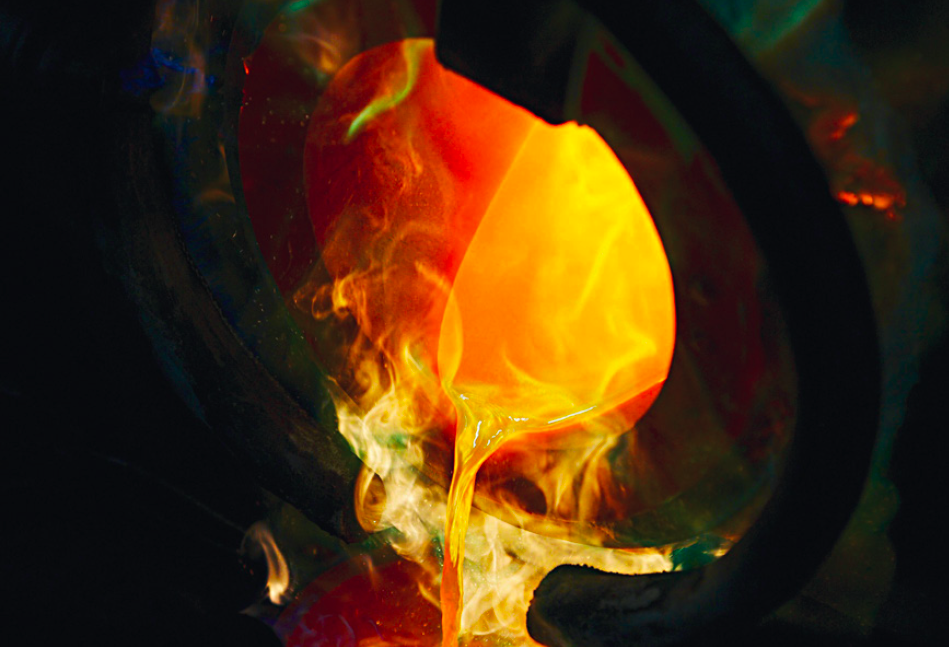 Meanwhile, another brand, Rado, was already patiently exploring the seam of “new materials”. As early as 1962, Rado had begun selling "the world’s first scratchproof watch“, the DiaStar 1 crafted in”hardmetal", in Rado’s case a composite material based on tungsten carbide and a binder metal. Moulded and compressed at a pressure of 1000 bar, the watch case blank is then sintered in a vacuum furnace at a temperature of 1450°C in a process that results in an astonishing hardness rating of between 1400 and 2000 Vickers. Rado also introduced the concept of sapphire crystal to the industry, glass being the brittle point in the construction process, thus killing two birds with one stone.

We choose to dwell on this example because it epitomises the aesthetic and technological consequences of materials research. Notoriously difficult to work with, hardmetal set in motion a stylistic change that left a profound mark on watch design in the 60s and 70s in the shape of the super-wide bezel symbolic of that era. It was a perfect illustration of the fact that the technical choice of materials can thus impact upon the lines, volumes and appearances of a watch, sometimes by choice, sometimes by necessity.

Rado, in effect, demonstrated this in its subsequent research work by introducing a metallised sapphire crystal glass to cover the entire case (1976), then by using ceramic, first for the bracelet, and then in 1990 for the Rado Ceramica with its sapphire crystal and “high-tech” ceramic. With regard to the use of ceramics in watchmaking, the rest, as they say, is history! And what the Royal Oak did for steel, Chanel did for ceramic. When it launched its ceramic J12 in 2000, Chanel lifted a material hitherto considered cold and necessarily technical to a whole new level. 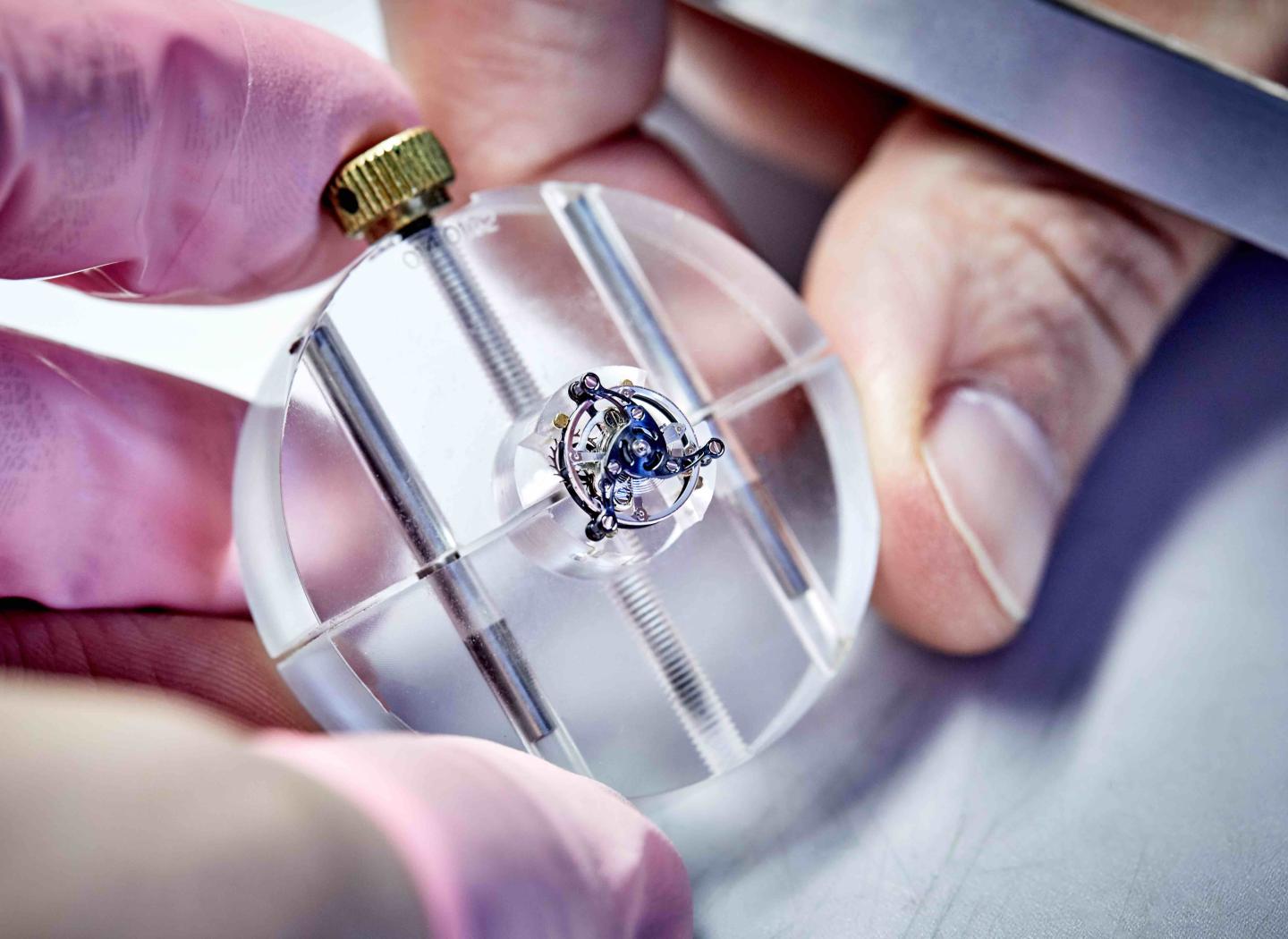 But the true pioneer of the “new materials” we now see paraded before us is Richard Mille. The brand even made them its cause. The focus was suddenly on lightness, strength, movement integration and finishing, openwork and spatial architecture. It sparked an exploration of materials too numerous to mention here. In its wake, we saw an explosion in the number of new, hitherto unseen materials. Alloys, composites, every conceivable form of carbon and the entire periodic table of elements put in an appearance, one after the other, asteroids and even, somewhat lugubriously, rust from the Titanic.

We saw an explosion in the number of new, hitherto unseen materials. Alloys, composites, every conceivable form of carbon and the entire periodic table of elements put in an appearance, one after the other.

The quest for lightness, strength, insensitivity to magnetic fields, form, colour and appearance gathered pace… Materials thus offer watchmakers a vast playground. Some want it to be seen, while others prefer to keep it under wraps (see articles about Roger Dubuis and Panerai). Behind these neo-materials, strategic responses are also taking shape. Competition is mounting among the laboratories. Every group has its research centre, every major brand now has its own lab and is busy recruiting.

At the EPFL or CSEM, for example, armies of talented young researchers devote themselves to materials, by no means exclusively for watchmaking. The watchmaking industry, however, thanks to the intellectual and industrial fabric of the Lake Geneva area, benefits greatly from these advances and even generates a few of its own. By way of example, the innovative scratch-resistant gold that goes by the typically “Biverian” name of Magic Gold is the product of intensive research, as we learn later from Professor Mortensen of the Institute of Materials at EPFL.

As proof of the vital importance of such research, the guys at CSEM (Swiss centre for electronics and microtechnology) in which Patek Philippe, Rolex, the Swatch Group and Richemont are shareholders, approach our requests for information with circumspection. Most of the ongoing research is carried out in total confidentiality. Some large-scale projects, however, are conducted collaboratively. The silicon balancespring, for example, came about from a CSEM collaboration between Rolex, Patek Philippe and the Swatch Group (Richemont, having had no faith in the project, declined to give its support), an adventure related to us by Jean-Pierre Musy, head of Advanced Research at Patek Philippe until just recently.

That said, when it comes to materials, we can safely say we’ve seen every trick in the book, including some marketing departments dreaming up pompous names for alloys that have been well known for a long time. In the great materials race, there’s still a lot of fodder for experimentation. Read Serge Maillard’s Editorial.