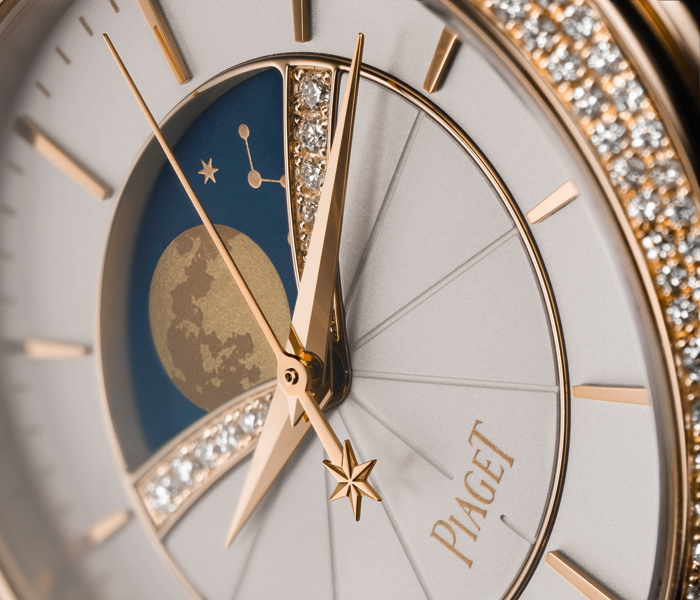 PIAGET‘s first complication watch dedicated to women, the LIMELIGHT STELLA WATCH 36MM is entirely designed and developed in the Manufactures of La Côte-aux-Fées and Geneva. While the moon has been a symbol of timeless femininity since the dawn of time and in every corner of the earth, Piaget explores a new approach to the theme focusing on its aesthetic and above all its lyrical nature. Dreams and imagination pervade time’s relentless march, infusing it with a unique touch of soulfulness. 18K pink gold case set with 126 brilliant-cut diamonds (approx. 0.65 ct), white dial with pink gold hour-markers, moon phase underlined with 14 diamonds (approx. 0.06 ct). Sapphire case-back. Manufacture Piaget 584P self-winding mechanical large moon phase indicator movement, 42h power reserve. Piaget 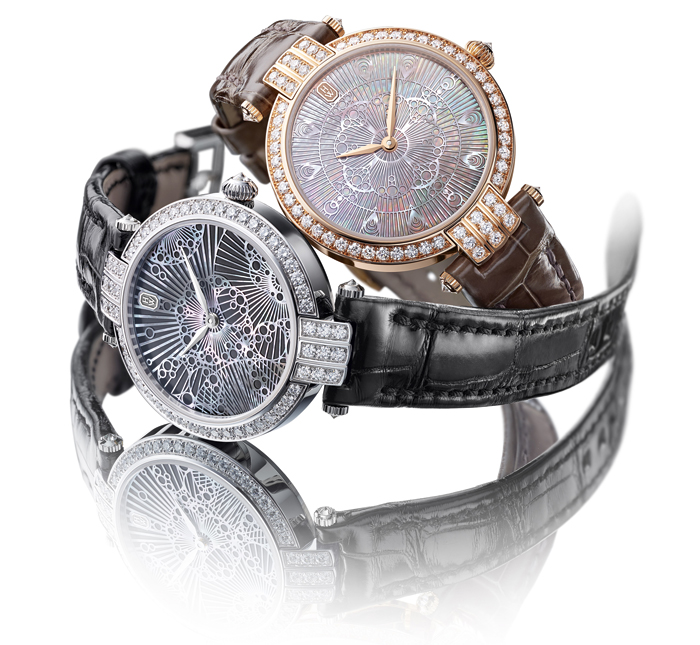 HARRY WINSTON’S PREMIER LACE 31MM is fascinating and mysterious, with its shimmering white mother-of-pearl lace bold against a black sunburst dial. This model is also available in more romantic tones – pink mother-of-pearl against a Tahitian mother-of-pearl dial. The elegant motif is made from mother-of-pearl measuring just 0.15 mm thick. The House’s unbelievably complex workmanship creates arabesques of light and shade. 63 brilliant-cut diamonds blossom across the bezel and arches, perfectly accentuating the voluptuous lines of these creations. Harry Winston 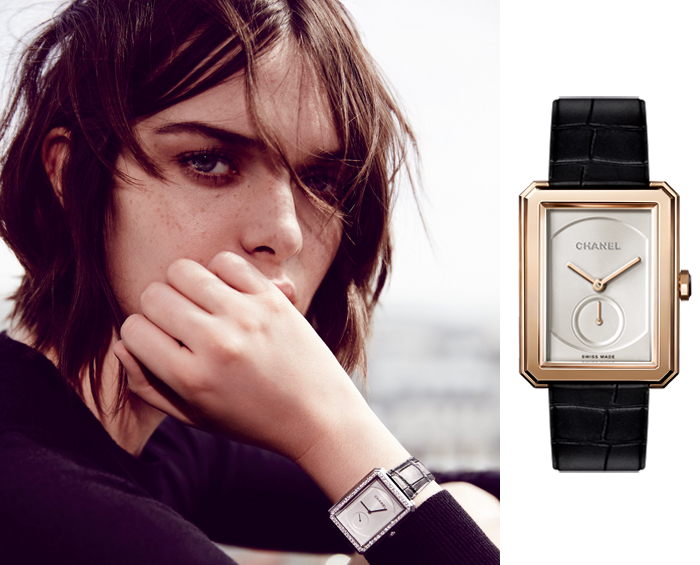 CHANEL presents the BOY.FRIEND watch, its new watch creation… A watch with a masculine allure just for women. A creation that draws from the watchmaking vocabulary of the House with its sober, refined design, strong lines, and its signature shape. The design is both contemporary and classic, and its angles are polished or satin-finished. CHANEL takes its first feminine creation, the PREMIÈRE, into masculine territory. The BOY.FRIEND watch encapsulates the art of borrowing elements from the masculine wardrobe so dear to Mademoiselle Chanel. Chanel 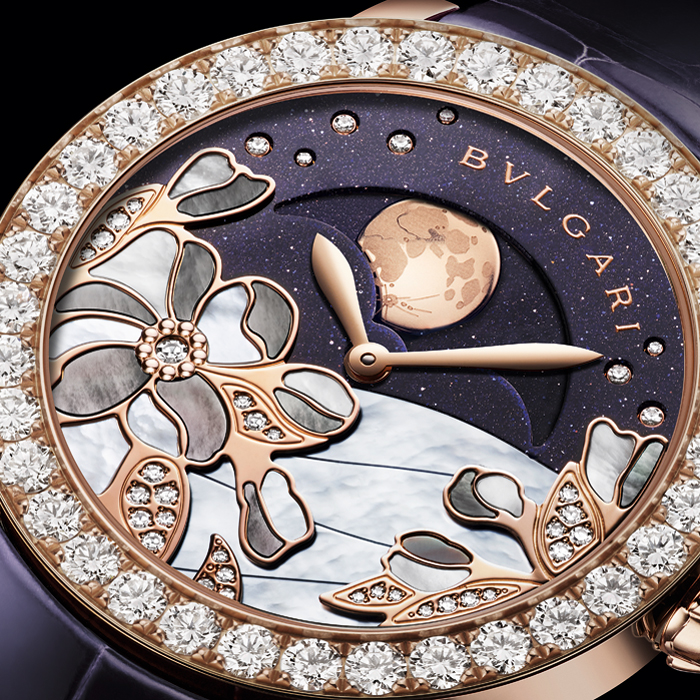 BVLGARI, IL GIARDINO NOTTURNO A garden in which the night sky reveals a stylised belle-de-nuit or moonflower, a motif that appeared in mother-of-pearl marquetry on a piece of BVLGARI jewellery in the 1970s. The complexity of the dial is reflected in the various elements of which each of its three versions is composed. The dial architecture built on four levels represents the four elements. Bulgari 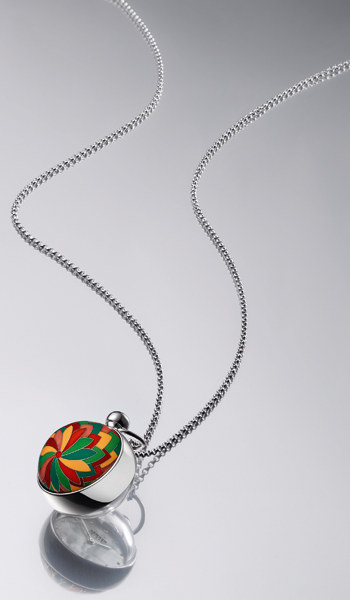 HERMÈS introduces an unusual interpretation of its PENDENTIF BOULE by exploring the art of cloisonné enamelling. The exacting demands of this skill are rendered all the more complex by the rounded nature of the back of the watch, on which the enameller has created a unique motif for Hermès. 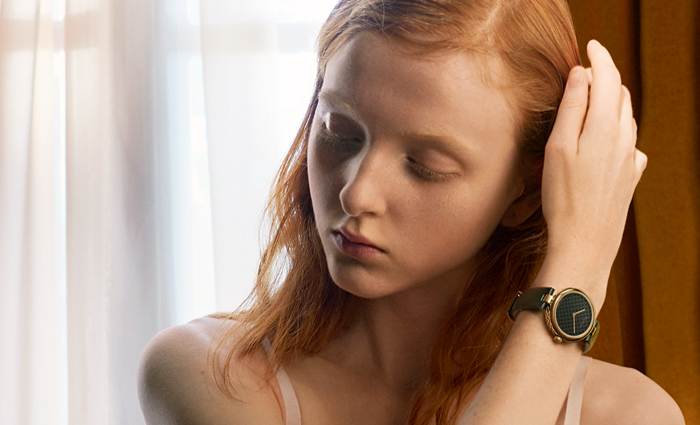 GUCCI DIAMANTISSIMA collection. Five models in a range of sizes (32mm, 27mm and 22mm) display a feminine look and feel with elegantly understated detailing. Each watch showcases the iconic diamante pattern that has inspired this line. Rendered in colourways of stainless steel and white or pink gold PVD with black and matching black calf leather strap (32mm and 27mm), the diamante pattern stands out on the cases, which are rendered in tone-on-tone stainless steel or contrasting colours of black and pink gold PVD. Gucci 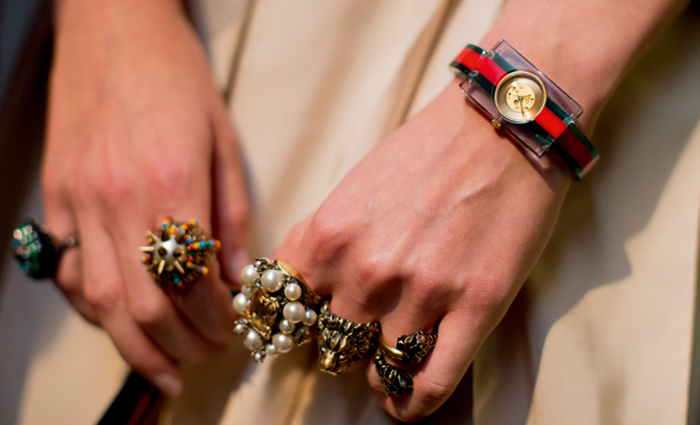 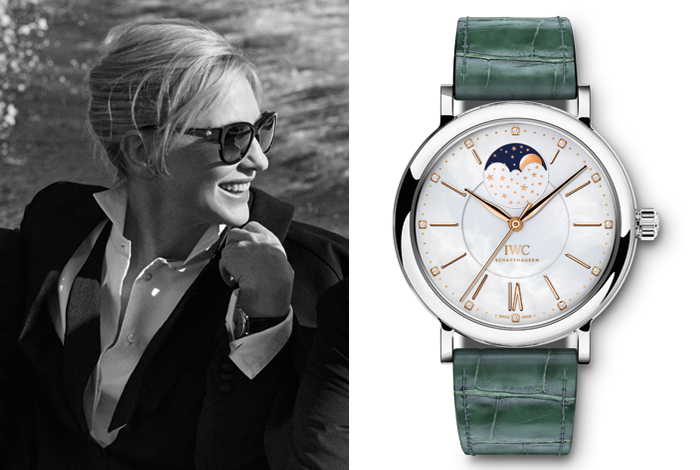 IWC PORTOFINO AUTOMATIC MOON PHASE 37 with its 37mm case, represents the subtle luxury unique to the popular watch family. The design of the moon phase display is classic: the moon itself rises and sets behind a foreground of clouds. The softly shimmering mother-of-pearl dial with its 12 diamonds creates an attractive sensation of depth and underscores the clear design of the dial. IWC 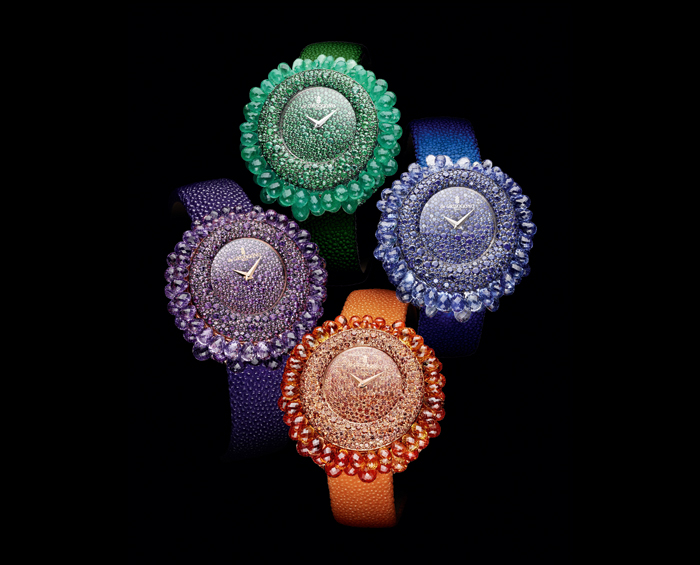 DE GRISOGONO GRAPPOLI Collection is made up of five one-of-a-kind de Grisogono creations. Alongside the emerald and white diamond versions, precious unique compositions celebrate the colours of the rainbow. From dazzling and zesty orange sapphires to a splendid explosion of peerless but more restrained blue sapphires, the effervescent gemstones become more intimate with the highly desirable mauve hue of the amethysts. De Grisogono