The Bartorellis, retailers in Italy since the 19th century, have adopted an original but successful strategy: they have opted out of the urban centres to reach out to both tourists and a local clientele. 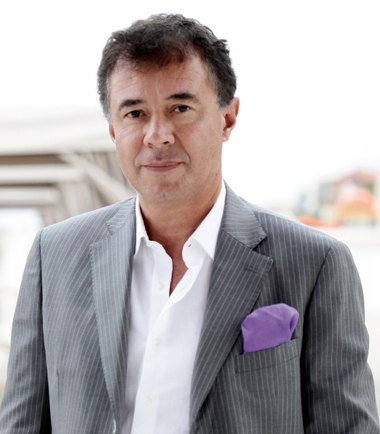 Europa Star met Carlo Bartorelli on the sidelines of the SIHH, in a large Geneva hotel. Down-to-earth and friendly, this latest in a long line of watch retailers in Emilia-Romagna on Italy’s Adriatic coast straightforwardly and confidently explains the challenges he has to overcome: the fall in the numbers of Russian clients, economic uncertainty in Italy, and the price increase due to the strong Swiss franc. If the phrase ‘every crisis is an opportunity’ sounds like a platitude, it does seem particularly apt for the Italian retailer. While many boutiques are in trouble, last year he opened a new branch on the Mediterranean coast. The move was the result of a radical strategy played out over the long term: rather than following the crowds to the cities, Bartorelli has chosen to remain on the lookout in the provinces, ready to seize any opportunity that presents itself. Interview. 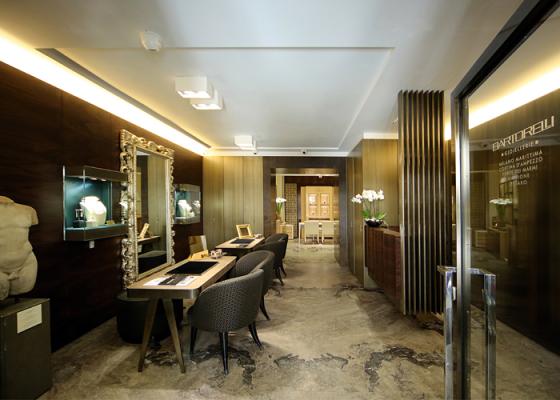 Europa Star: What is the history of Bartorelli?

Carlo Bartorelli: I represent the fourth generation at the head of the company, which was founded in 1882. In the beginning, my great-grandfather didn’t own his own shop. He travelled on horseback throughout Emilia-Romagna, along the Adriatic coast, selling jewellery, for example on the market at Rimini. It wasn’t until after the Second World War, in 1950, that my father and my uncle opened their first shop in Cattolica, in the Rimini region. A dozen years later they opened another boutique, a little more upmarket this time, in Riccione, also in Emilia-Romagna. At the time we sold brands such as Universal, IWC and Omega.

How did the company develop from there?

CB: During the 1960s and ’70s tourism boomed in the Adriatic region, the economy grew, and we profited from that. I studied business in Bologna before gradually taking over management of the company. The company has grown substantially: in addition to Riccione we have shops in Forte dei Marmi, Milano Marittima (a seaside resort, not to be confused with Milan), Pesaro and, since 2008, Cortina d’Ampezzo.

CB: We have a very tourist-based clientele, mainly Russians and Germans, who represent around 60% of our sales. But also Italians: as our shops in Riccione and Milano Marittima are open on Sundays they attract customers who live in Ancona and Bologna. During a crisis, Italians look to invest in safe bets, like Patek Philippe, which they can hand down to their children.

Which brands are the most profitable?

CB: In terms of margins alone, Patek Philippe and Panerai are the most profitable. In terms of volume, Cartier and Rolex have the top spot. We also offer popular high-end brands such as Audemars Piguet, Bulgari and Ulysse Nardin.

What are the keys to retail success, in your opinion?

CB: High-quality communication. Faultless after-sales service – for seven years our Riccione shop has been registered as a Patek Philippe Authorised Service Centre (one of only sixty or so around the world). And finally, genuinely caring about clients’ needs, not just paying lip service to them. The first three minutes are the most important. That’s where you need to make a difference, because you might not get a second chance.

What is your development strategy?

CB: It’s quite simple: we avoid the big cities. They are already saturated with shops, and there is too much competition. Outside the cities, thanks to the strategic location of our stores, we have a wide catchment area: the Cortina d’Ampezzo shop covers the north of Italy, our historic boutiques on the Adriatic coast cover the centre, and the Forte dei Marmi shop on the Mediterranean covers the east and Tuscany; we even get some clients from further south. I call that the ‘Italian boot’ strategy!

CB: Very good. The crisis is not over in Italy, the market is smaller, but this is also a source of opportunities. Many shops that were struggling have now gone. While we’re still here, we can capture some of their clientele. If you want proof, look at the shop we opened in 2014 in Forte dei Marmi.

Are you indirectly affected by the economic sanctions against Russia?

CB: We have certainly seen a drop-off in the number of Russian tourists since September 2014. That’s why it’s important to have a solid base of quality local clients. Also, the number of German, Swiss and American tourists we see has remained stable. 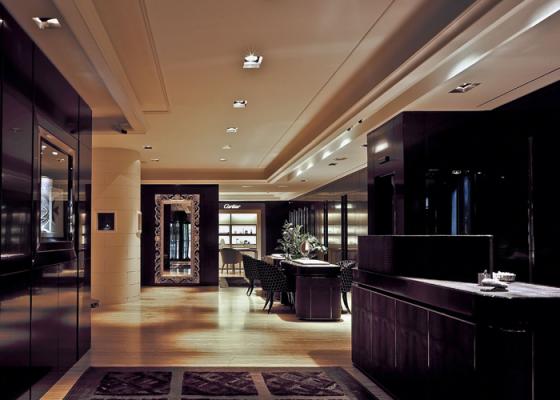 CB: It was fairly quiet, there weren’t many new products. The strong franc is also making people cautious. On average, prices have gone up by around 5%. If the franc remains high we should expect further increases. In my opinion the next few years will see some consolidation in watchmaking, and perhaps some growth in the jewellery sector.

Are you still a family company?

CB: Yes, five of our 37 employees are family members, including my three sons. I’m confident they will follow the family tradition and take over the company.

What does the future hold for your Italian clients?

CB: I trust Matteo Renzi to get the country back on its feet. Italy is still alive! We have a talent for sales, and we’re used to dealing with problems. We know how to get through it. The Italian watchmaking scene has fewer actors and fewer retailers now, but greater quality and greater accuracy.