The Japanese watch market in convalescence


The Japanese watch market in convalescence 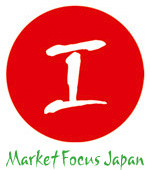 One of the principal editors of the New York Times, Thomas L. Friedman, recently compared the Japanese economy to a person who finally is able to leave his sick bed, but who “is now running laps around the hospital” (29 April 2004). According to Friedman, the slight recovery of the world’s second largest economic superpower is due to a major injection of “Chinese steroids.” Everything points to the incredible boom of China’s economy which, according to a Japanese market watcher, is responsible for “two-thirds” of Japan’s recovery. Still for all, the internal woes of this nation’s economy have not been resolved. The fragile banking system, an aging population, mediocre productivity despite some improvement, and a major fiscal deficit are not helping to stimulate internal demand.
The Japanese watch market is feeling the effects of this general economic climate as shown by the results for 2003, which ended the year at halfway house. To give a few examples, Japanese imports of watches and movements from Switzerland reached about two million pieces in 2003, against 2.33 million in 2002, 2.46 million in 2000, and 2.8 million in 1997. This significant decline in quantity does not translate in quite the same manner in value terms. In 2003, the value of imports of Swiss watches and related products was 134 billion yen (about 1 billion ¤). In 2002, it represented 137 billion, while in 2000, this figure was at 114 billion yen. It was even lower in 1997, at 98.5 million yen. The total percentage of imported mechanical watches has remained relatively stable over the course of the last few years, in the neighbourhood of 22% to 25%.
In value terms, Swiss products represent about 77% of all Japanese watch-related imports. But from a quantitative standpoint, they correspond to only 4.2%! This huge difference between value and quantity bears undeniable witness to the absolute preponderance of Swiss watchmaking in terms of quality. In comparison, Japan imported nearly 42 million watches in 2003, the majority from China, for a grand total of 169 billion yen, which leaves 35 billion yen (262.6 million ¤) in watches divided among Switzerland’s competitors.

Presence of Japanese brands
The watch market in Japan is not only made up of these imports, far from it. There are also the mastodons of the Japanese watch industry, which are, in order of national and international importance, Seiko, Citizen, Casio, Orient and Ricoh. The domestic retail market, including all categories is worth about 540 billion yen (a little more than 4 billion ¤). It is difficult to determine the market share of Japanese watch companies since they do not give results uniquely for their own country. However, if we multiply the value of foreign imports by an average factor of 2.5 to get the retail value, this amounts to 422 billion yen. This leaves about 118 billion yen (more than 800 million ¤) to be accounted for by local Japanese manufacturers. This number also represents an increase in market share of 2% in comparison to 2002 (but a sharp decline from previous years).
Seiko, the nation’s Number One brand, affirms that it holds a little more than 10% of the total domestic market, representing a turnover of about 54 billion yen (of a total turnover of 107 billion yen, or 791 million ¤). The other major players, Citizen, Casio, Orient and Ricoh follow in declining order. In the absence of more precise numbers, these amounts are estimations calculated from cross-checking other data.

The mood of Japanese retailers
The exact situation notwithstanding, it is perhaps more interesting to examine the ‘state of mind’ of the internal Japanese market. An informative annual study was published recently, which was ordered by the Japanese office of the Federation of the Swiss Watch Industry (FH) and carried out by the enterprise Teikoku Databank. A detailed questionnaire was sent to Japanese retailers to ascertain their frame of mind and their business practices. Of those polled, 107 responded, giving a relatively precise idea of the expectations of Japanese consumers and their choices.
According to the FH study, 70% of retailers said they were not satisfied with sales in 2003, in both quantitative terms and in value terms, although to a lesser degree. About 50% experienced declines in sales ranging from 3% to 20% in the number of pieces sold, but only 33% saw the same declines in terms of value. About 20% said their business was sluggish; 23% registered increases in value ranging from 1% to 10%; 8% reported increases of 11% to 20%; 6% even enjoyed increases greater than 20%.

A stagnant economic climate
48% of the retailers attributed these moderate results to the stagnant economic climate that reigns in the archipelago. A non-negligible percentage of respondents (29%) believes that this stagnation is due to an offer “that does not correspond to the expectations of consumers,” either because the most popular models are not delivered, or because there is a lack of sufficiently attractive new products available. Another reason that has often been advanced is that the competition, especially in Japan, includes “discounters” and importers dealing in parallel markets.
In the opinion of Japanese retailers, official importers are not taking enough effective action against the very widespread practice of discounting. They also blame another Japanese way of doing business, which is selling directly to the wealthiest clients (see the discussion on distribution) as well as the Internet boom, which allows price comparisons on an international level, often unfavourable to Japanese retailers.
Among improvements requested by retailers, the necessity for high quality global service was extremely important. Besides basic services such as minor repairs, free cleaning or free battery replacement that many offer, Japanese retailers want to have better information and better training for their salespeople for the most sophisticated products.

The top brands
Among the winning brands for foreign watch sales was the king, Rolex, which generally occupied the top of the charts, both in quantity and in value, according to more than 50% of retailers questioned who carry the Swiss brand (meaning 33 stores that sold an average of 980 watches for an average price of 560,000 yen, or 4131 ¤). These figures demonstrate the brand’s high degree of implantation in Japan as well as its move into the feminine marketplace. The fastest growing sales of Rolex models are the Oyster Perpetual Lady Date Just in gold or bi-colour.
On the other wrist, the SpeedMaster and SeaMaster are the most requested models of the second most popular brand, Omega, whose 17 principal retailers sold an average of 225 pieces at an average price of 44,910 yen, or 1500 ¤. TAG Heuer is in third place followed in decreasing order by Breitling, Rado, Cartier and Longines. Gucci is the only ‘fashion’ brand in the top 20 'best-sellers’ according to the polled retailers.

Price segmentation
As for the prices of imported watches, 54% of 2003 sales were in the category of 100,000 to 300,000 yen (738 ¤ to 2,216 ¤), while 33% fell into a higher level, between 300,000 yen and 500,000 yen (2,216 ¤ to 3694 ¤). Curiously, the most expensive products were purchased by young consumers, aged between 20 and 30 years, who are desirous of “authenticity” in their timepiece. According to Japanese retailers, the growing demand for Rolex is due mainly to the “design which doesn’t change” and the “consistency of the offer”, two conservative characteristics that are highly appreciated in the Land of the Rising Sun, a nation very sensitive to tradition.
Jaeger-LeCoultre, Patek Philippe, Panerai and Zenith are named in a list of brands that are rising in popularity for similar reasons: “they are simple but have a real history and a classic image,” “one can trust the importer’s policies,” “their strategy corresponds to current trends” and “their consumer demand is growing.”
The retailers questioned also increasingly noted that consistency, the trust generated by a brand, and the strength of its image are becoming more important to the Japanese consumer than are the whims of fashion, the name of the brand, its popularity or even its price. For 2004, retailers believe that they will favour brands offering new feminine models, and among those specifically cited were Roger Dubuis and Pierre Kunz. Last but not least, they insist that they prefer brands, which do not distribute their products in the strong discount market. This observation has not been lost on many Swiss brands who avoid this parallel market.
Still, the outlook for 2004 is not one of great optimism. About 34% of retailers consider this year to be the same as last, while 37% believe that 2004 will be worse. Only 29% are confident that this year will be better than the previous one. A large percentage, some 45%, predict that this year will be even more difficult for those watches manufactured by Japanese brands.


1. The Japanese watch market in convalescence
2. In Japan, Seiko is also positioned in the haut de gamme
3. Citizen – Classic Outside, Hi-Tech Inside
4. The IWC image challenge
5. Girard-Perregaux: the cultural strategy of an independen
6. The exemplary establishment of Hermes in Japan
7. F-P Journe: Listening to intuition!