Partnerships between watch and car brands are primarily marketing operations. But they can also result in the creation of some exceptional timepieces. With some watch manufacturers, these partnerships may also be related to the fact that the boss is mad about cars... Some examples. 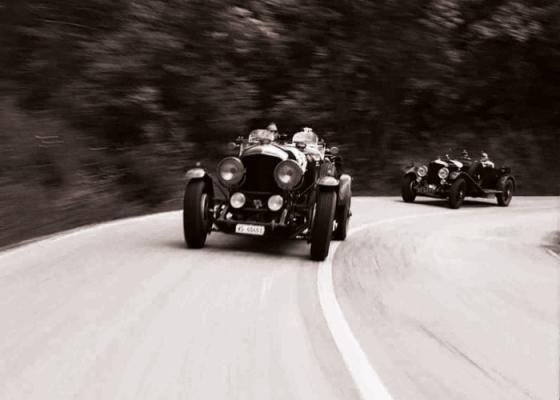 Automobiles and watches share a common language of engineering and power. Or do they? In a ‘simple’ calibre with a rate of 28,800 vph, the balance vibrates 700,000 times per day. In comparison, an engine running at 2500 rpm for an entire day corresponds to only 4.5 hours’ running time for a simple watch movement. Let us not forget that an Haute Horlogerie watch is a work of fine craftsmanship whose price is often comparable with, sometimes even far beyond, that of a luxury automobile, an industrial product whose manufacture is governed by a whole raft of standards. And when you’re out on the town, your Lamborghini will remain in the garage, while your Blancpain will not leave your wrist.

Cars and watches: the partnership has a venerable tradition in the luxury sector, exemplified by the loving old couples Bentley and Breitling and Mercedes-Benz/AMG and IWC. The only exception is the entirely self-sufficient Rolls-Royce! It’s win-win: the car builder inherits the aura of the watch brand, and the watchmaker strengthens its image through the automobile, often by creating special collections and limited editions. Here is our selection.

For a long time the manufacture was the specialist in the servicing and restoration of antique watches, to the extent that the precious timepieces of the Patek Philippe Museum in Geneva and the Kremlin Museum in Moscow were entrusted to its care for restoration. This incredibly exacting work proved an invaluable source of inspiration in terms of style and engineering.

In 2004, when Parmigiani unveiled the Type 370 in parallel with the launch of the Veyron, a watchmaking bomb was detonated: the highly original cylindrical watch bares its movement as if it were an engine, and the facing dial allows its wearer to tell the time without taking his hands off the wheel. Even better, as it has no crown, the twin-barrelled mechanism is wound by a ‘starter’, giving a power reserve of 10 days; it also has a ‘clutch’ on an axle for precise time setting, universal joints to provide a flexible link between external and internal functions, isolation mounts to absorb vibrations and a ‘differential’ to optimise satellite link-up.

The same quest for the ultimate can be found in the MP-05 LaFerrari by Hublot, which was determined to erase the memory of previous disappointing partnerships between other watchmakers and the prancing horse. 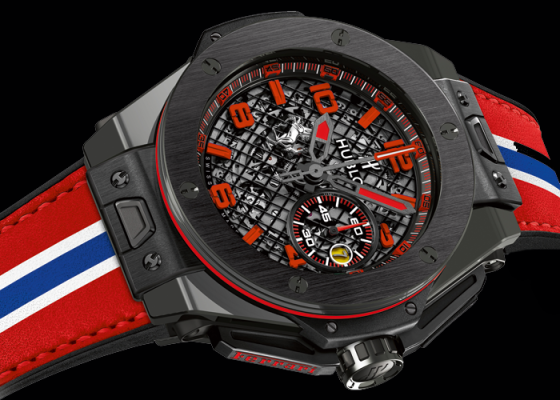 And it succeeded spectacularly: Baselworld 2013 was fascinated by the concept watch, starting with its imposing elongated case, reminiscent of a racing car body. The 46-40 mm calibre from Nyon is a fitting partner to the 12-cylinder from Maranello: the energy stored up in 11 barrels running through the mechanism like a spinal column provides a record power reserve of 50 days. It’s the equivalent, for a car, of a 1,200-litre tank! With 637 components, the movement also beats the record for number of parts, and its architecture with suspended vertical tourbillon on the front face is a first. The titanium case is covered with a monumental windscreen-shaped sapphire crystal that brings to mind an Italian racing car. The hours and minutes are displayed on cylinders, along with the power reserve countdown in days and hours. The seconds are read off the front face, above the tourbillon cage.

The Hublot LaFerrari also shows off its internal engineering, the black and red of its gears, axles, rubies and reinforcing bars highlighting Ferrari’s signature colours. So, where’s the crown? Under the case. Winding is accomplished with an electric screwdriver, just like the lightning-quick wheel changes in the F1 pit.

In 35 years at the head of the firm, Karl-Friedrich Scheufele and his sister Caroline have propelled Chopard to the summit of jewellery making and Haute Horlogerie worldwide.

The manufacture has continued its output of marvellous watchmaking complications (L.U.C) and expanded production of movements and components (Fleurier Ebauches). It is also a highly respected finisher; it smelts its own gold, an advantage it shares only with Rolex. 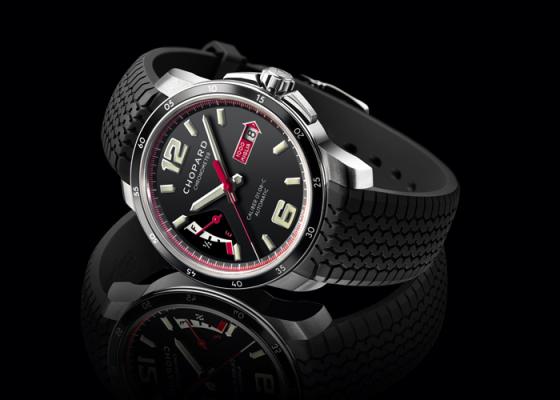 Two of its collections really helped Chopard to take off: Happy Diamonds (an audacious combination of diamonds and steel) created by Caroline Scheufele, and Mille Miglia by her brother ‘KFS’, as he is known in the company. The Mille Miglia collection appealed to car lovers at a time (1988) when the auto industry was undergoing a wholesale invasion by plastic. Mille Miglia bucked the trend, bringing back the glory days of automobiles with gleaming spoked wheels, slender wooden steering wheels and plush leather upholstery.

KFS was simply indulging his passion for cars, which he inherited from his father, a vintage car collector. His stroke of genius was to associate the brand with the Mille Miglia, thus transforming the old sports car rally into a prestigious event for classic and vintage cars.

The car association is probably best expressed in the L.U.C Engine Tourbillon with its floating movement mounted on silent blocks held by three lever arms, openworked dial, profiled lugs like the wings of an automobile, machined ‘valve covers’ on the titanium movement, and a power reserve indicator styled after a fuel gauge. The cherry on the cake is that since 2014 Chopard has been Porsche’s official timekeeper.

Without ultra-precise timekeeping there would be no motor sport today. Jack Heuer is the protagonist who gave birth to generations of motor racing legends. Everything began back in the ’60s, when Jack heard that racing driver Clay Regazzoni would be paying a visit to Longines. 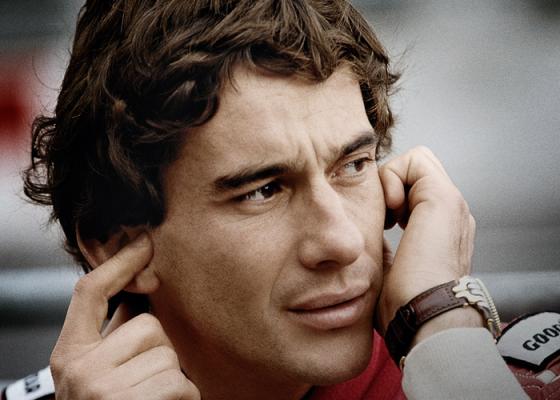 The Scuderia driver had been sent by Enzo Ferrari, who had no faith in the poorly executed timekeeping technologies in use at the time. Jack quickly understood what was at stake, picturing Longines in Formula 1 when Heuer was the timekeeping king... In fact, timekeeping was a family affair for him. It began in 1882 when the Heuer Leonidas factory filed its first patent for measuring time to 1/10 of a second, followed in 1912 with a patent for 1/100 second timekeeping. At that time the business enjoyed unprecedented success, producing up to 300,000 chronographs and 30,000 chronograph wristwatches per year. In the 1960s, Jack oversaw the development of the first flat automatic chronograph, requiring a colossal investment that cleaned out the coffers. How was the world going to learn about this revolutionary chronograph when there was no money for advertising? Fate came to the rescue in autumn 1968, when Jo Siffert became an overnight star after winning the F1 British Grand Prix. Jack immediately went to visit the Swiss driver at his home in Fribourg, and Siffert agreed to wear the Heuer logo on his overalls in exchange for a sponsorship deal. It was a success, popularising the famous Chronomatic calibre and making Jack Heuer one of the first companies to use a target marketing strategy, a strategy continued in later years with Hollywood stars, among them Steve McQueen.

But, back to Ferrari: Jack, not wanting to be pipped at the post by Longines, hot-footed it to Maranello. There, he promised Enzo Ferrari that he would solve timekeeping’s technical problems in exchange for a Heuer decal on all the GP Ferraris. In the meantime, Heuer’s technicians were perfecting the ACIT (Automatic Car Identification and Timing System) which featured an on-board mini-transmitter, providing automatic identification and timekeeping accuracy down to 1/1000 of a second. Heuer quickly became timekeeper for Formula 1, with spectacular results for the brand.

Today, TAG Heuer is one of the blockbusters of the watchmaking industry, generating over a billion francs in annual turnover. And it is probably the brand that pays the greatest tribute to motor sport, with its Monaco, Carrera, Grand Carrera and Formula 1 collections.