Laboratories are the hub of progress


Watchmakers tried, prototyped, disassembled, reassembled and tweaked until it worked – like clockwork. That was then. Now, watchmaking no longer revolves around the watchmakers. Laboratories are the hub of progress.

Laboratories are the hub of progress

Watchmakers tried, prototyped, disassembled, reassembled and tweaked until it worked – like clockwork. That was then. Now, watchmaking no longer revolves around the watchmakers. Laboratories are the hub of progress.
H

ave the Swiss learned the lesson from quartz? Fifty years ago, in 1967, the world’s first quartz wristwatch was born in the laboratories of the Watchmaking Electronics Centre (CEH), the ancestor of today’s Swiss Centre of Electronics and Microtechnology (CSEM). The Swiss were quartz pioneers, but the watchmaking sector itself was structurally not prepared for an industrial-scale rollout of this major innovation.

The Japanese, however, with their already well-honed tools, were ready to up the pace. The result was that the world was overrun by Japanese quartz, and Swiss watchmaking was seriously rattled to its very foundations. It took nearly twenty years to restructure and recover. And it did this in particular thanks to the first watch manufactured entirely by robotic production: the Swatch.

Today, when the industry is moving in any number of new directions, the watchmaking groups seem to have learned the lesson and are all equipping themselves with laboratories aimed at ‘seriously stepping on the innovation gas’, as Edouard Mignon, research and development coordinator at Richemont, recently put it to Valère Gogniat of Le Temps daily newspaper. 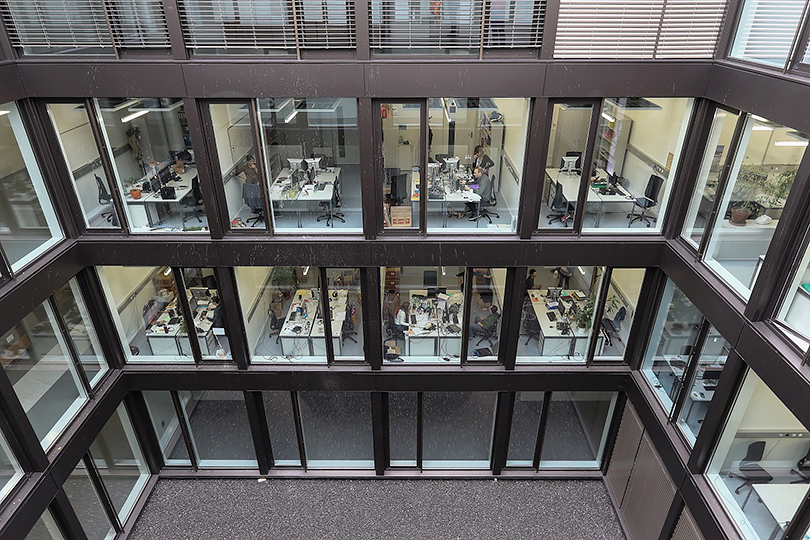 Richemont at the Microcity business cluster

The great difference between now and the quartz era is that the laboratories and R&D units, which used to be on the industrial, manufacturing periphery of watchmaking, have now taken on strategic importance and moved right to the hub. Research has become a crucial issue, almost a matter of survival. White-coated lab technicians now take the role once occupied by master watchmakers: they are the ones who supply the protocols.

The recent slew of announcements of investment in research centres is no coincidence. Richemont has announced that it is opening a research centre with around fifty of its engineers at the heart of the Neuchâtel science and technology park, Microcity, which already hosts a department of the EPFL (Ecole Polytechnique Fédérale de Lausanne), Neuchâtel University, CSEM, the Haute- Ecole ARC engineering school and the business incubator, Neode.

Its programme: a ‘quest for dependability and performance’, driven first and foremost by ‘priority’ tribology laboratory facilities and research focused on materials, new manufacturing processes (including, almost certainly, robotics), the development of new, specialised mechanisms, micro-machining (in collaboration with EPFL), connectivity and other topics.

As for LVMH, it has just given official status to its ‘Research Institute of the Watch Division’ by appointing Guy Sémon, ex-CEO of TAG Heuer, as its head. This appointment came as no surprise to this scientist, physicist and mathematician, who is forever seeking to ‘theorise mechanical watchmaking from A to Z, which no one has ever really done before,’ he tells us.

His appointment is the logical culmination of a methodical and scientific process applied to watchmaking with the help of multidisciplinary teams and initiated some fifteen years ago with the development of the famous micro-belt-driven watch, the Monaco V4.

There ensued the chronographs to 1/1000th and 5/10,000th of a second, the TAG Heuer smartwatch and, most recently, the Zenith Defy Lab that took watchmaking out of the realm of Huygensian regulation. The fact that this scientist, who set out as a complete stranger to the singular world of watchmaking, became an industrialist at the helm of TAG Heuer before taking charge of this new institute, is cogent proof of the crucial importance now placed on research.

Research: an integral part of every echelon of the Swatch Group

By its very structure, the Swatch Group is a prime example of a self-contained, vertically integrated industrial group with a foot in both mechanical watchmaking and electronics. It placed R&D at the centre of its business a long time ago.

A veritable R&D laboratory for the member companies of the Swatch Group, Asulab is active in microtechnology, microelectronics, telecommunications, displays, sensors and actuators, as well as in materials and process engineering. It develops products, subsystems and technically innovative watch components and the necessary manufacturing technologies.

Without this ‘laboratory’ and the close integration of design and manufacturing, it would have been difficult to produce objects such as the robotic Sistem51 movement, now part of the more upmarket Tissot range and soon to gain added complications. The same Sistem51, incidentally, is opening up new prospects for the mass production of mechanical movements.

The major independent brands, such as Rolex and Patek Philippe, are not lagging behind. Both are members of the Board of Directors of CSEM, the watchmaking branch of which also includes the Swatch Group and Richemont International.

In the wake of research initiated by Ulysse Nardin, Rolex, Patek Philippe and the Swatch Group had already teamed up at CSEM to conduct joint research which culminated in the production of watch components in silicon. Besides CSEM, the watchmakers have also set up numerous partnerships for research and training with the EPFL.

One example is the Patek Philippe Chair in Micromechanical and Horological Design, inaugurated in 2012 and otherwise known as Instant LAB. Its stated goal is ‘the creation of new mechanisms featuring kinematic and technological innovation at the centimetre scale’. At its head, Professor Simon Henein, who has a string of collaborations and partnerships with industry to his credit (Audemars Piguet is one example), is conducting a series of research projects on regulation as well as on the forms, functions, interactions and flexibility of mechanisms.

Indeed, no watchmaker today, even the independents most fanatically attached to their watchmakers’ benches, can afford to pass up on research.

This is only the beginning

The fact that Rolex has lent its name to the Rolex Learning Centre – the unique, wave-shaped library and knowledge agora that undulates at the centre of the EPFL campus – once again speaks worlds about how much store this high-calibre watchmaker now sets by laboratories.

Indeed, no watchmaker today, even the independents most fanatically attached to their watchmakers’ benches, can afford to pass up on research. Because, contrary to what we often hear, mechanisms ‘at the centimetre scale’ are not dead by a long chalk. They have shrunk to the nanometre scale (on this, see the research by Greubel Forsey), vibrate, fold and unfold, are made of previously unheard-of alloys, are hybridising or even becoming ‘liquefied’ (HYT). Research into new materials has opened up vast perspectives – to which we shall be coming back in detail in our next issue. 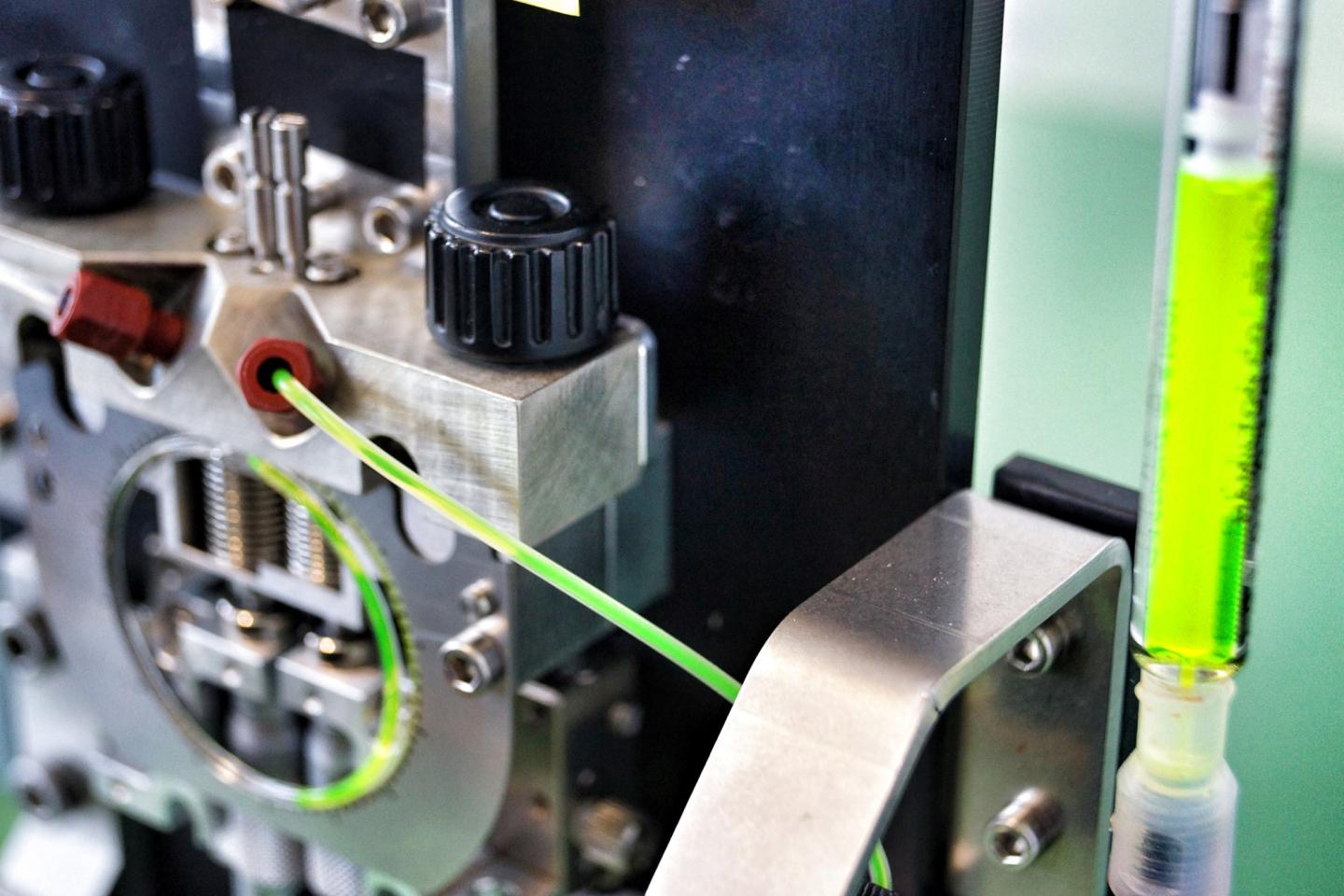 So how will the watch of the future look? The answer will most certainly be found in the recesses of some laboratory before it arrives on the watchmaker’s bench.

ARCHIVES The opening up of luxury watchmaking to contemporary creative horizons may have begun when Gerald Genta made a splash at the “Montres et Bijoux” exhibition (...)

THE WATCH FILE The coronavirus crisis is leading to grand-scale initiatives, such as total lockdowns, which would have been considered impossible only a few weeks ago. We (...)