While 2017 was a year focused on absorbing the shock of “demonetisation” in India – as the government suddenly withdrew more than two-thirds of the country’s currency – and many changes in tax law, this year seems particularly promising for the import of middle-range Swiss watches. As inter-state duties have been cut, the Swatch Group is expanding its local reach. An analysis.

While 2017 was a year focused on absorbing the shock of “demonetisation” in India – as the government suddenly withdrew more than two-thirds of the country’s currency – and many changes in tax law, this year seems particularly promising for the import of middle-range Swiss watches. As inter-state duties have been cut, the Swatch Group is expanding its local reach. An analysis.

What is the current structure of the watch business in India?

In India, multi-brand watch retail remains dominated by “mom and pop” stores. However, regional chain stores such as the Mumbai-based Just In Time, Hyderabad-based Kamal Watch Company, and Zimson Watch Company in Coimbatore, are gaining ground. At present the country has the following nationwide chain stores: Helios and Ethos, operated by Titan and KDDL respectively, as well as Just Watches and Just In Vogue. Independent stores are finding it tough competing with organised chain stores, and the result has been discounting. The profitability of organised chains with higher overheads is thus coming under pressure, and they are now entering into exclusive distribution agreements with international brands.

Ethos, for instance, has exclusive tie-ups with brands such as Oris, Titoni, Carl F. Bucherer, Raymond Weil, Louis Erard, Edox, Cover and Claude Bernard. Helios watch stores in turn have exclusive distribution deals with brands including Movado, Coach, Luminox and Favre-Leuba. These arrangements are mutually beneficial for the brands and the chain stores; the brand gets a nationwide presence, while the chain stores are able to retain higher margins. The chain stores offer a buying experience of international standards with quality service.

How did the Indian watch industry cope with the shock of demonetisation?

On November 8 2016, with no advance warning, India’s two highest-denomination banknotes, the 500-rupee and 1,000-rupee bills, were demonetised, rendering 86% of the country’s currency invalid overnight. The government claimed that the action would curtail the shadow economy and crack down on the use of illicit and counterfeit cash. Immediately after demonetisation, sales of watches were adversely affected.

Demonetisation was followed by the implementation of goods and services tax in June 2017. The tax rate of 28% resulted in imported watches becoming cheaper than indigenous watches. It also involved a cumbersome exercise of stock correction and compensating the retailers for their losses on stocks that were more than one year old. Subsequently, in November 2017, the tax rate was brought down to 18%. Most brands reduced their maximum selling price. This resulted in making Swiss watches in the Indian market cheaper than in neighbouring countries such as Sri Lanka, Nepal, Bangladesh and the United Arab Emirates. At this point, as Gaurav Bhatia of Art of Time store in Bandra says, “We were pleasantly surprised to see tourists buying high-end watches from us due to the attractive prices.”

On 1st February 2018, however, the government increased the import duty on watches from 10% to 20%. But Rajiv Popley of Popley La Classique store stresses that doing business has become more simple; because the “octroi duty” has been abolished, goods can now be transferred from one Indian State to another effortlessly. Moreover, the procedure of clearing goods through customs is now easier, and all that the importer requires is an invoice from the supplier.

The major beneficiaries of these rules are brands such as Rado, Longines and Tissot. The mid-price segment therefore seems poised to grow. With presence in small towns such as Panipat and Agra, brands such as Rado and Tissot are doing good business. The success of Rado in particular is explained by its reach, attractive pricing and the watch models that appeal to Indian sensibilities. 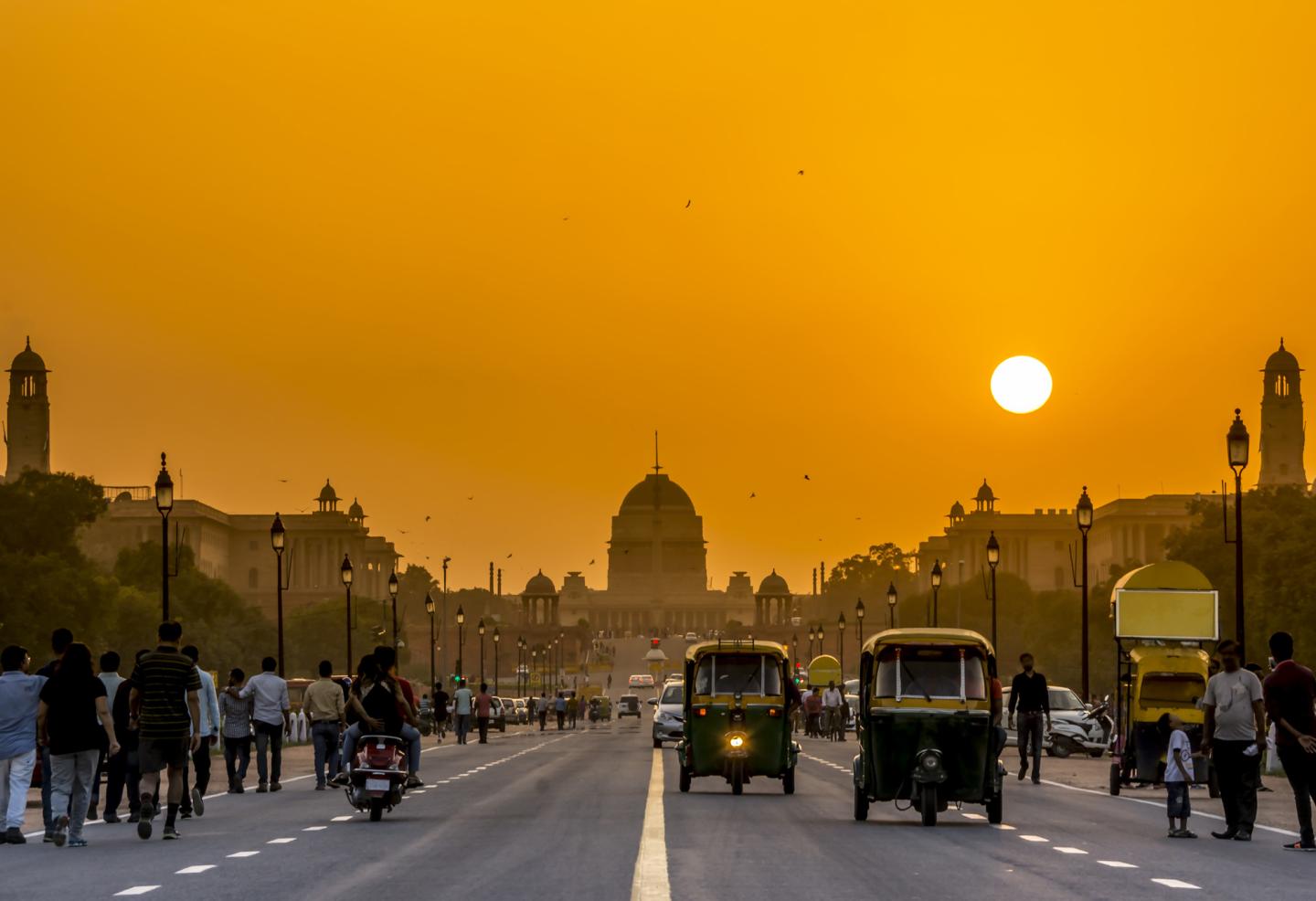 Buying in India or abroad?

As the watch industry becomes more organised, Indian consumers will prefer to buy watches in India. The government’s digital drive coupled with a resolve to curb black money will reduce the influx of watches from the grey market. When buying a car, a consumer has to furnish a lot of personal information. This is mandatory for getting the vehicle registered in his name.

As things settle down, consumers will have no hesitation in sharing their personal details while buying a watch priced at USD 3,000 or more. Gaurav Bhatia of Art of Time shares this optimism when he says, “we have witnessed an increase in digital transactions after demonetisation; we are confident that the luxury watch market in India has a bright future.”

“Our second boutique in South Mumbai at Orbit Arya, Napean Sea Road, will open within the next few months. Along with Cartier timepieces, we will be exclusive for IWC Schaffhausen in Mumbai as well. To add to our brand portfolio, we will also house brands such as Vacheron Constantin, Breitling, Omega, de Grisogono and more,” adds Bhatia. 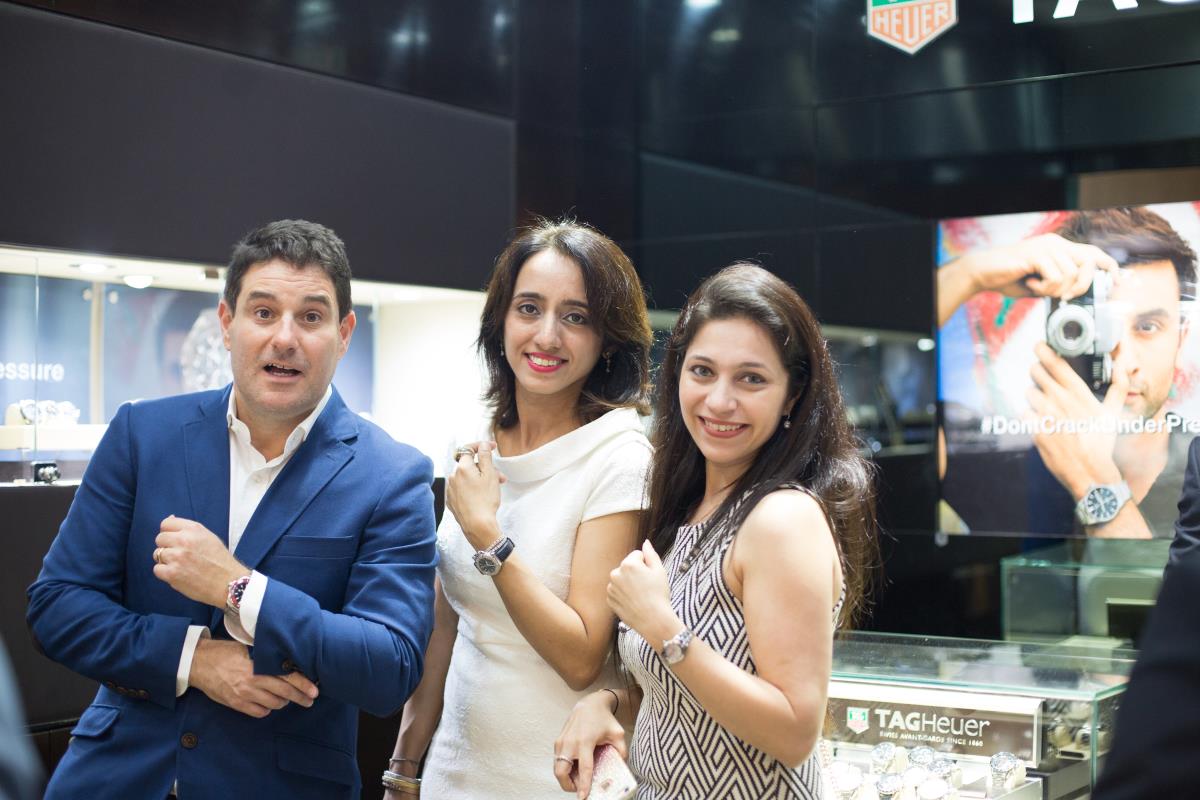 How do retailers and brands use marketing tools?

Proactive retailers such as Popley La Classique and Art of Time are using innovative methods to promote the sale of high-end watches. In November, the former organised an Omega event at Arth, a swish new restaurant owned by Gauri Khan. A carefully curated guest list of 100 premium customers was invited to take a look at 40 exclusive Omega timepieces. Rajiv Popley said, “We need to reinvent the traditional form of retailing, and off-store retailing is a way to pamper our customers by offering them the best of products, hospitality and ambience.”

Luxury watch brands have also discovered the star power that Bollywood offers in India. They are using Bollywood stars in different ways to their advantage. IWC Schaffhausen co-created the Fashion Icon of the Year Award 2017 in association with Vogue. The award was bagged by fashion diva Sonam Kapoor, whose aura has rubbed off on brand IWC.

What can we expect this year?

In January 2018, India imported watches worth 12.5 million Swiss francs, as compared with 6.5 million CHF imported in January 2017, registering growth of a whopping 94.5%. Debraj Sengupta, Country Manager Watches and CMO at Victorinox, comments, “January 2017 was an unusual month as the Indian market had not recovered from the demonetisation shock. That is the reason for the high growth rate this year. In January 2017, shipments had fallen by 20% over the same month in 2016.” The recent easing of sourcing norms in India will benefit the Swatch Group in particular; the Swiss giant has already decided to open Swatch stores in the country. However, given the complexity of the Indian market, Popley feels that the real opportunity lies in opening mono-brand boutiques for very high-end brands such as Breguet.