Slowly but surely over the past few years, a vintage wave has been sweeping through the watchmaking establishment and influencing styles like few phenomena before it. Virtually no brand, whether large or small, luxury or affordable, historic or recent, is unaffected.

Slowly but surely over the past few years, a vintage wave has been sweeping through the watchmaking establishment and influencing styles like few phenomena before it. Virtually no brand, whether large or small, luxury or affordable, historic or recent, is unaffected.
N

early all are betting – heavily in many cases – on their vintage. Or more accurately, their neo-vintage. A wise move, or not?

So much was patently evident at the last SIHH. Want names? Vacheron Constantin and their new FiftySix line; Jaeger-LeCoultre, virtually their entire stand devoted to the new and exhaustive Polaris collection; Cartier, who are launching a vast revival of Santos; Girard- Perregaux, staking all on the rebirth of their Laureato line; IWC and the 27 different watches of their Jubilee collection; Panerai and their reissue of the Luminor Logo. The list goes on.

It’s the same story at Baselworld: Bell & Ross proclaiming of its Heritage collection that ‘the best of the past inspires the present’; Bulgari betting heavily on its 1940s Serpenti; Longines issuing new takes on its ‘very high-precision’ line of Conquest V.H.P. quartz watches from 1984; Mido commemorating its Commander line from 1959; Omega taking inspiration from its 1976 chronometers for its Seamaster Olympic Games Collection. And so on. So what does this ubiquitous craze for vintage mean for the brands, and what are the consequences? 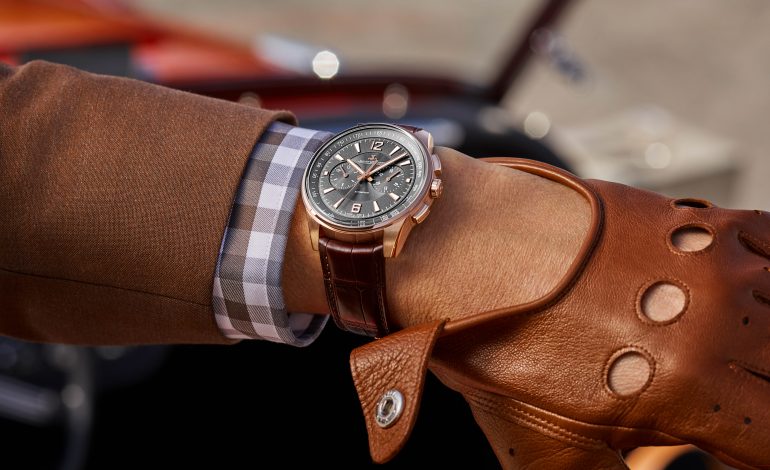 One of the peculiarities of the vintage trend – which has gradually evolved into neo-vintage – has to be that it came from the bottom up; that is, from the consumer, rather than having been imposed from the top down, by the brands.

The persisting fashion for vintage, which has been gathering momentum for the past decade, is fuelled by a raft of social phenomena and anxiety-ridden times: nostalgia for the thirty glorious post-War years when everything seemed possible, when the consumer society took off, when morals were liberated and rock and roll was born; the quest for durability and safe values as an antidote to the present, perceived as unstable, frightening and engaged in a race, the end of which is nowhere in sight; the need to consume responsibly, the desire for authenticity and simplicity in the face of continually escalating technology and the dematerialisation of daily life. The impetus clearly came from the consumers: consumers reassured by vintage. And from there, a whole new market has gradually emerged.

The building of vintage

As far as watchmaking is concerned, one man – Osvaldo Patrizzi – played a central role in the gradual building of the vintage market when he created Antiquorum way back in 1974. Little by little, all the auction houses began to offer vintage or antique watches.

The number of collectors grew exponentially. Then the internet came along and boosted the trend, democratising it at the same time. Enter the specialist forums, online sales and peer-to-peer ad sites. And with the advent of bearded hipsters and other millennial types, vintage swelled further, shattering the market into a multitude of specialised subcategories.

The lure of profit also played a role. When you know that a new watch is going to lose more than one-third or even 50 percent of its value (primarily VAT and sales margin) as soon as you leave the shop, it is not unreasonable to reflect that investing even only a few hundred francs in a second-hand vintage watch is far less risky than investing in a recent model. And the same holds true whatever the price range.

Given the recent record prices achieved at auctions – such as that of the famous Daytona that belonged to Paul Newman – do we have grounds to fear that a bubble is about to burst? Juergen Delémont, who heads up the department devoted to vintage watches at Beyer Chronometrie in Zurich – a ‘vintage’ pioneer – answers the question:

There are ups and downs of course, and there are peaks, when limits are reached. But I’d compare the vintage market less to a bubble than to a foam bath with hundreds of little bubbles. If one bursts, not far away others are growing, while others are shrinking.

Faced with the evidence of this phenomenon, the established brands have begun to react in a variety of ways. While Rolex and Patek Philippe have skilfully made use of auctions to reaffirm and consolidate their popularity (and from this safe place quietly pursue their path of successive improvements), others, less favoured in auctions, have taken recourse to their own archives to draw inspiration there.

This is how we have come to see the gradual emergence of so many ‘new’ collections directly copied and adapted from older models and clearly aimed at winning over the growing fringe of buyers likely to succumb to 1950s, 1960s or even 1970s charm.

TAG Heuer deserves a special mention for leading the way on this sentimental journey, with the successive revivals of the Monaco (1969, re-issued in 2003), the Carrera (1963, re-issued in 2004 and now the star of the brand) and, lastly, Autavia (1962, re-issued in 2017). As you might have noticed, with each success the neo-vintage seeks inspiration a little further back in time.

At Tudor, a meticulously rolled-out, totally neo-vintage strategy has given the brand a whole new lease of life. Its example has spawned a host of emulators. But the question is: does this strategy work for everybody?

The uncertain adventures of Polaris

We do not intend to answer this question, which is one of the questions the CEOs ought to be asking themselves, here. What exactly do we place in the balance? We know that Breitling, under the leadership of Georges Kern, is buying up everything that resembles vintage Breitling – so the financial stakes are bound to rise. This determined strategy is confirmed by the recent Chronoliner B04, with its “matching rubber strap reminiscent of the Breitling braided-steel watch straps of the 1950s”.

As for Jaeger-LeCoultre, the sheer scope its Polaris operation surprised many. As if the company was staking everything on it, with almost the totality of its showcases and sales space devoted to the collection.

The neo-vintage gentrification of the legendary and adventurous Polaris (1965) left many observers gaping. The fact that the watch company of 1,500 different calibres is putting so much effort into a rather superficial, millennial charm offensive leaves you wondering at the clout this stylistic trend is wielding. And therein lies the danger. Isn’t it said that vintage lovers will always prefer the original to its offspring?

As stated earlier, the vintage phenomenon is like a foam bath. One bubble bursts, another forms. As the foam has surged, the fashion for vintage has won over numerous collectors, often young, with an increasing interest in ever more specialist niches.

Has vintage become a world apart, a network of peer-to- peer exchanges with its own, ever-morphing codes? All the brands can do is watch events unfolding, enlist the services of aficionados and swim with the current. Can anything be anticipated?

It’s anyone’s guess, but: ocean liners are slower to turn than bark canoes, and the fashion for vintage is a fast-flowing river that feeds on its own water.