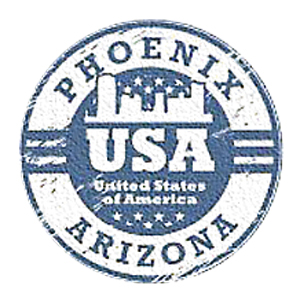 A man from Phoenix, USA visited a second-hand store and found a hidden treasure: a rare 1959 Jaeger-LeCoultre diving watch. An avid watch collector, the man recognized the watch, of which less than 1000 were made, and purchased it for only $5.99! He then went on to sell it for $35,000. Time is money, indeed! (NY Daily News) 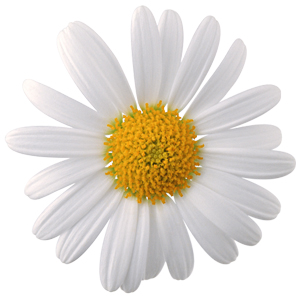 Right in time for Valentine ’s Day, the Margot watch from independent watchmaker Christophe Claret features a daisy on its dial. The daisy’s petals randomly disappear, evoking the familiar phrase: “He loves me, he loves me not” (Forbes Life) 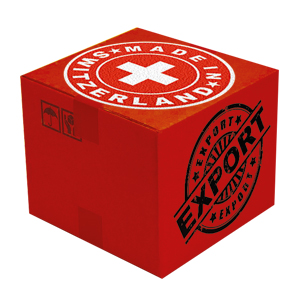 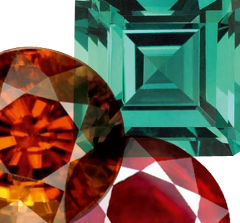 Museum director for Audemars Piguet Sebastian Vivas is not all too concerned with the arrival of the Apple Watch, but rather more concerned with male jewellery. According to Vivas, a bigger threat to the industry would be “if men widely accepted that they could wear gemstones without a time-keeping pretext.” (Quartz)

January is a typically volatile month for the watch industry, and 2015 was no different. The month saw an increase in exports of 9.9% in Swiss timepieces to Singapore, and a fall of 8.5% to the United Arab Emirates. (Federation of the Swiss Watch Industry FH)

The CEO of Jaeger-LeCoultre, Daniel Riedo, is not overplaying the impact of the rising valuation of the Swiss franc, because “the problem is the same for everybody”. A confident Riedo added, “We will survive because all of the competitors are Swiss franc–based.” (JCK) 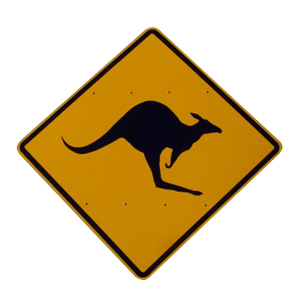 Bausele will become the first ever Australian brand to showcase its timepieces at the world’s biggest watch fair, Baselworld. Swiss-born creator Christophe Hoppe, said “I never thought this would happen,” at the prospect of returning home with his watch line created in Australia. (WA Today)

Rolex will increase its prices in Japan in February. The price of its steel Submariner Date will rise by 8% to 810,000 yen ($6,800), the first price hike since November 2013. According to a Rolex spokeswoman, the price increase was necessary because the yen had already been weakening compared to the franc. (Bloomberg) 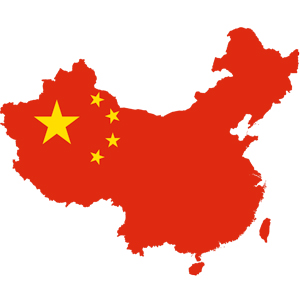 High-end watches are still suffering in the Asian market, as the Chinese government continues to hamper conspicuous spending. With the demand for diamond and gold-based luxury goods diminished, the Chinese are buying watches with a lower average value than previous years, focusing more on steel timepieces. (Reuters) 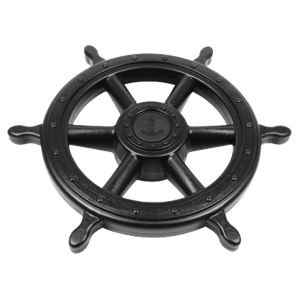 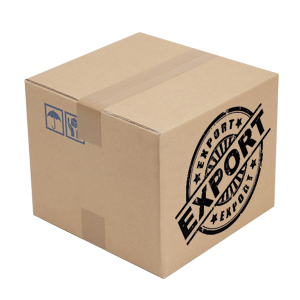 While many brands are increasingly moving to e-commerce, Japanese watch company Seiko is sticking to the traditional model. “In the future, we might look at [e-commerce]. But honestly, our brick and mortar retailers continue to be the backbone of Seiko’s business today,” says Atsushi Kaneko, Managing Director, Seiko India. (Business Today) 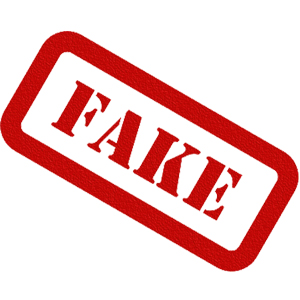 With its focus on high quality luxury timepieces, the Swiss watch industry is very susceptible to counterfeiting. In 2014 about 350,000 auctions of counterfeit Swiss watches were halted, and each year thousands of websites which offer counterfeit products are shut down. (European CEO) 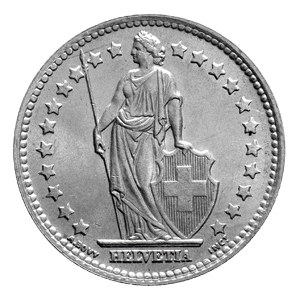 According to Barclays, just a 10% move in the Swiss franc can impact earnings by as much as 14%-18%. A heavily export orientated industry, Swiss watch brands are particularly vulnerable to the rising value of the Swiss franc. For instance, about 85% of the revenues of the Swatch Group are based on sales outside of Switzerland. (Seeking Alpha) 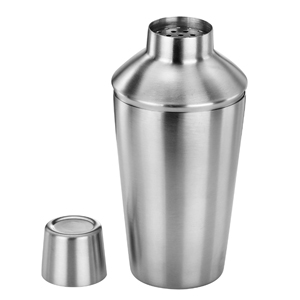 Over the last year, major shake-ups in leadership have occurred at the top watch brands, including at: LVMH’s TAG Heuer, Bulgari and Zenith; Richemont’s Montblanc; Swatch Group’s Omega, Blancpain, Tissot, and Rado. Following suit, Kering has also decided to appoint dedicated full-time CEOs for each of its subsidiary brands. (Forbes) 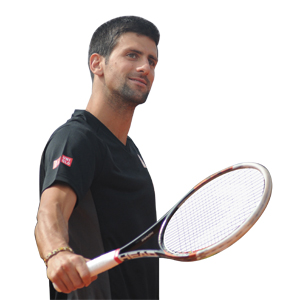 Japan’s leading watch brands are looking to seize greater market share in the high-end of the North American market. Citizen is resurrecting the former Swiss luxury brand Wittnauer there, while Seiko is pushing its Astron series of GPS-mounted wristwatches through its sponsorship deal with tennis star Novak Djokovic. (The Japan Times) 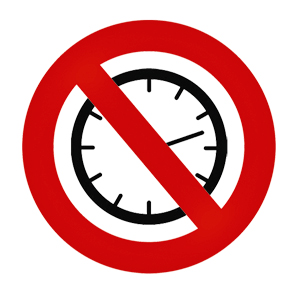 After receiving a timepiece as a gift by a visiting British Minister, Ko Wen-je, the Mayor of Taipei, said “I can just re-gift it to someone or take it to a scrap metal dealer and sell it for cash.” Why such a brash reply? In Taiwan the giving of a timepiece as a gift is taboo and it is thought to bring bad luck! (Taipei Times) 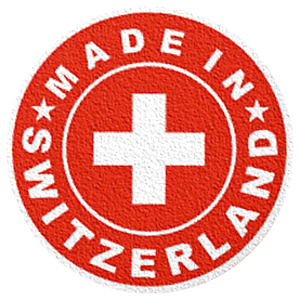 TAG Heuer is entering uncharted waters. Its new smartwatch might not be marked as “Swiss made” because 50 % of a watch’s movement need to be produced in the country to earn the label. The brand’s lack of expertise in communication technology has resulted in a partnership with Silicon Valley to produce its new smartwatch, according to Jean-Claude Biver, Head of Watchmaking at LVMH. (Bloomberg) 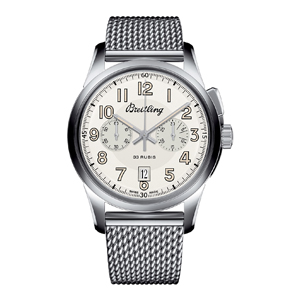 Breitling have designed a limited edition watch to commemorate the 100 year anniversary of the chronograph push-piece, the invention which allowed the control of chronograph operations separately from the crown. The Transocean Chronograph 1915, featuring a new hand-wound Caliber B14 movement, is fittingly limited to only 1915 pieces. (Breitling) 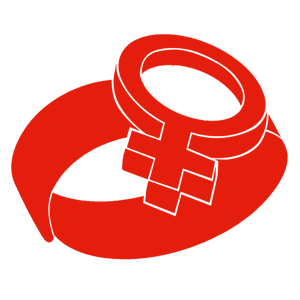 MADE FOR A WOMAN

While men continue to be the dominant demographic for the watch industry, the first wristwatch was made for a woman. In 1810, Napoleon’s sister, Queen of Naples Caroline Murat requested a watch that could be worn on a thin band, and Breguet delivered a small minute repeater which chimed the time. During that period, men preferred pocket watches and considered hand-worn “wristlets” only fit for women. (Tech Crunch) 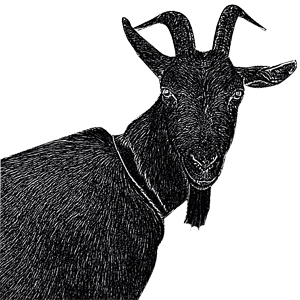 YEAR OF THE GOAT 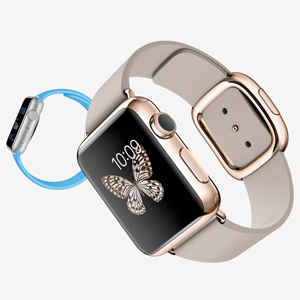 Smaller players in the smartwatch market are not trying to make a “do-all” product like the Apple Watch, suggesting a segmented market for wearables. According to Jeff Orr, senior practice director for ABI Research, “there’s a lot of discussion by wearable manufacturers about specialization and trying to reach a certain demographic.” (International Business Times)

As part of its recent 3-year sponsorship deal with FC Barcelona, Swiss watchmaker Maurice Lacroix has introduced a special collection of timepieces, naturally focused on the male market. The crown jewel of the partnership is a big clock on the scoreboard at the Camp Nou stadium. The backlight timepiece measures 4 meters in diameter, matching the stature of the big club. (FC Barcelona) 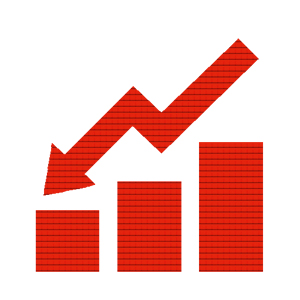 The start of 2015 saw falling shares for the big watch brands. Swatch shares fell 19% in the first three weeks of the year, while Richemont shares fell 17%. The new challenge posed by smartwatches and the surging Swiss franc have added to the decline. (Bloomberg Business) 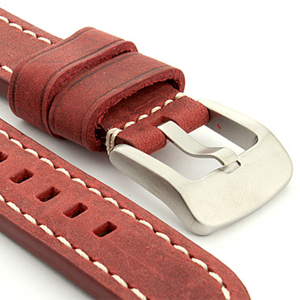 Following the likes of Hermès and Dior, brands are reprioritizing a woman’s wrist by taking attention away from the dial and focusing on the strap. Roger Dubuis’ Velvet collection, for example, features straps made of mink fur, while others resemble fishnet stockings and a lady’s corset. (City A.M.) 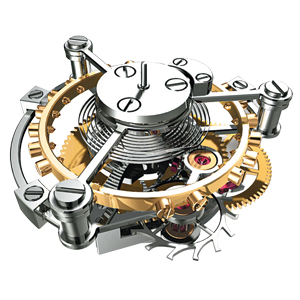 Even the most sophisticated of mechanical watches are affected by gravity, which affects the rhythm of an escapement based on how the watch is positioned. In 1801, Abraham-Louis Breguet patented the tourbillon, a rotating cage to suspend the escapement, to deal with the gravity issue. (Popular Mechanics)

Roland G. Murphy (RGM) Watch Company is America’s only independent elite watchmaker. The company produces less than 300 watches a year, some of which have movements of such complication that a Swiss equivalent would cost more than double the price. (Telegraph) 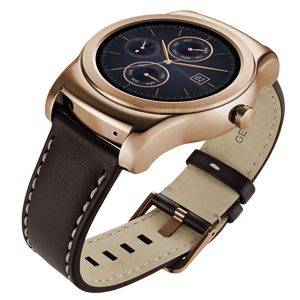 South Korean electronics giant LG has released its smartwatch mere weeks before the expected release of the Apple Watch. According to Juno Cho, president and CEO of LG Electronics Mobile Communications Company, the LG Watch Urbane represents an effort “to develop wearable devices that are worn and viewed as everyday accessories, not electronic gadgets”. (Emirates 24/7) 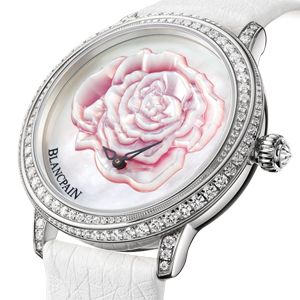 Each year Blancpain commemorates Saint Valentine’s Day with a special watch. The 2015 version featured a hand-sculpted mother-of-pearl rose on the dial and a while gold case outlined with 121 diamonds. Only 14 pieces were made to honour February 14th, each costing $50,360. (International Luxury Council) 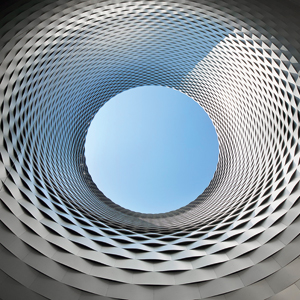 The world’s most prestigious watch and jewellery houses will converge on Basel, Switzerland from March 19 to 26. Around 1,500 brands will send representatives to the Swiss city, filling the 141,000 square meter exhibition space at the Messe Basel venue. (PR Newswire) 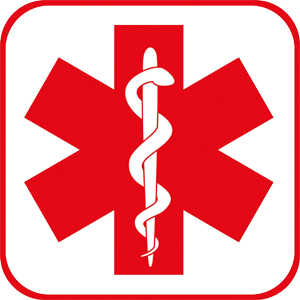 Dubbed as a medical smartwatch, the new Embrace watch is intended to be used for preventative care by monitoring a wearer’s sleep, stress, activity, and arousal levels. The crowd funded watch is made by Empatica, a Milan and Cambridge-based wearable sensors company. 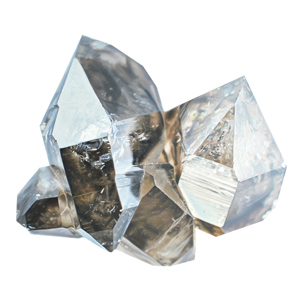 The first quartz clock was invented by the telecommunications industry. In 1927, Canadian engineer Warren Marrison was working on reliable frequency standards at Bell Telephone Laboratories, where he discovered that regular vibrations of a quartz crystal in an electrical circuit can keep time very accurately. (Innovate US)