A Tour of the Autumn Watch Fairs
Last November the venerable nations of the Old World hosted three watchmaking fairs targeted at the general public: Munich Time in Germany, SalonQP in London and Belles Montres in Paris. Europa Star was there. Here are our top picks.

The Munich Time fair in the Bavarian capital’s prestigious Bayerischer Hof brought together an impressively broad palette of international names tempted by the potential of Europe’s biggest economy, as well as many German brands. On their arrival, visitors were greeted by a posse of Richemont group brands as well as LVMH ; Swatch Group was nowhere to be seen. There were also many independent watchmakers to be discovered: Swiss brands such as Carl F. Bucherer, German brands Nomos, Tutima and Sinn, and French independent manufacturer Bell & Ross. And we shouldn’t leave out Greubel Forsey, fresh from its victory in the Grand Prix d’Horlogerie de Genève. From the highly affordable to the eye-wateringly inaccessible, there were plenty of familiar faces. 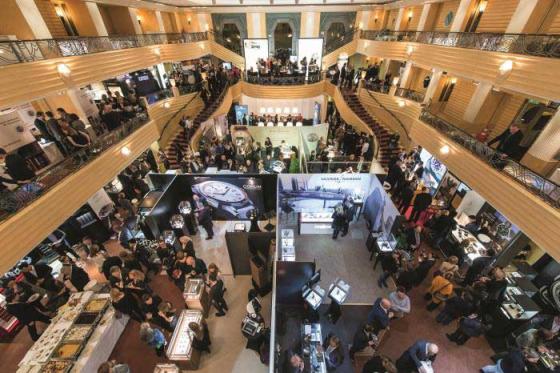 With its relatively restricted area the fair felt dense: large and small brands alike occupies substantially the same footprint, offering far less of a contrast than Baselworld. All the exhibitors we talked to appreciated the visitor demographics, with many experienced collectors making the trip alongside interested amateurs. 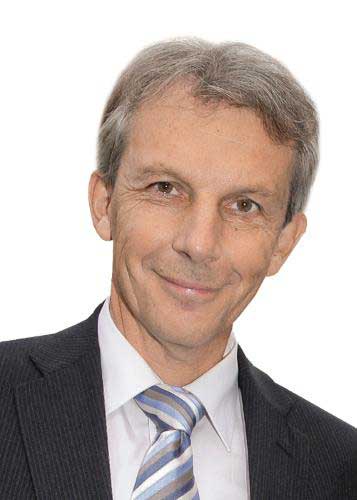 “WE WANTED TO RECREATE A RETAIL BOUTIQUE, BUT ON A BIGGER SCALE”

Originally based in Vienna, where he launched a fair that’s still going strong today, Rudolf Kreuzberger had the right idea when he decided in 2008 to create a Munich-based version. Today, Munich Time is recognised as a major entry point for German consumers.

The roots of Munich Time go back to 2001, the year Rudolf Kreuzberger founded the Vienna Time salon in Austria. “Vienna Time was the first international watch fair targeted at the general public, even before London or Mexico. At that time we already had partnerships with the major watch brands, which brought in visitors from Germany,” explains the entrepreneur. In 2008 he set up a fair in Germany itself, in Munich, as a sort of German offshoot of Vienna Time. Since then, with 86 brands present this year, the Munich fair has overtaken its Viennese parent in terms of the number of exhibitors. And although retailers also attend it, the main objective is to put brands in contact with their end clients.

Is there a correlation between the buying climate and the number of visitors to the fair?

Yes, it couldn’t be clearer. It’s an interesting phenomenon that we have seen repeated over the years: participation in the fair is perfectly aligned with economic cycles.

How do you persuade the brands to participate?

We offer them contact with their end clients. Brands are increasingly looking for a direct relationship. That’s why they are opening their own boutiques. But they also appreciate the fact that we draw in a high-quality clientèle, people who wouldn’t necessarily feel comfortable walking into a mono-brand boutique, because they don’t want to feel they have to buy into a particular message, or make a purchase. At our fair they can wander around any number of brands, and let themselves be taken by surprise or won over by something, without feeling an obligation to buy. In fact, we consider ourselves to be like a retailer, but with a very big shop!

What is quite striking is the relatively restricted dimensions of the booths, even those of the big brands.

Yes, that’s what encourages direct contact between the brands and their clients! The juxtaposition of big and small is deliberate. I don’t want to organise a fair where there are only luxury brands. Like Baselworld, we want to be inclusive.

And are the brands OK with this?

Obviously, some would prefer clearer delineation. But it’s like a shop: you can look at a Rolex, and you can also look at a Tissot.

“Since 2008, with 86 brands present this year, the Munich fair has overtaken its Viennese parent in terms of the number of exhibitors. And although retailers also attend it, the main objective is to put brands in contact with their end clients.” 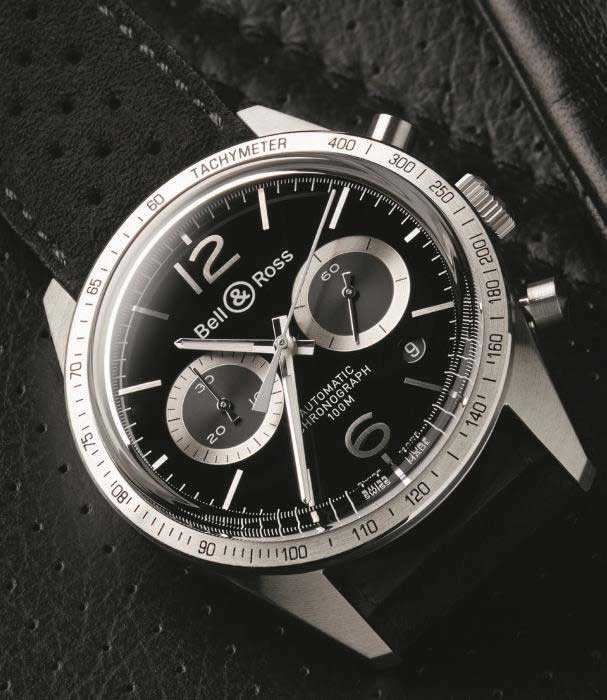 BACK TO THE FUTURE
A French brand braves Munich. Two of Bell & Ross’s models really capture the imagination. First, the BR Vintage 123 GT and BR 126, which take us back to the high-octane world of 1970s motor cars. And second, the BR-X1 line expands the company’s horizons with an impressive new Haute Horlogerie version, the BR-X1 Chronograph Tourbillon (limited to 20 pieces), which comes in a 45mm multi-material case. 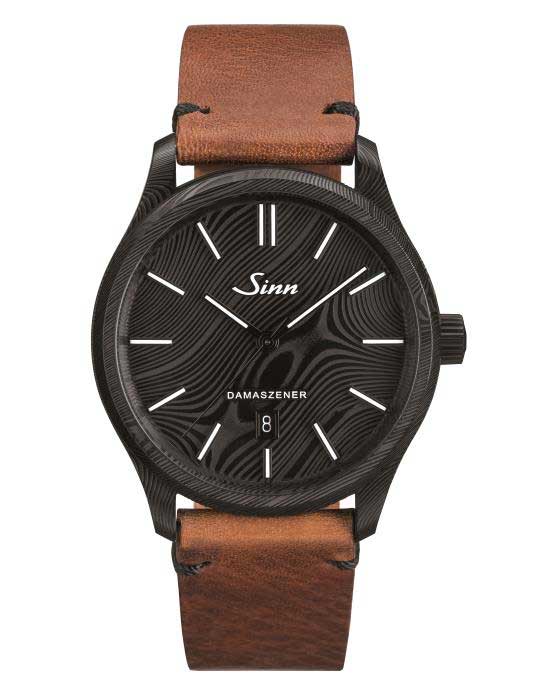 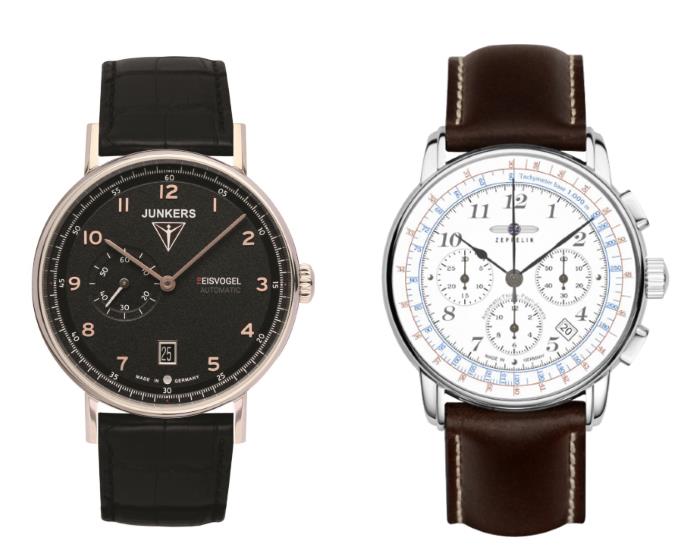 UP IN THE AIR
The brands Junkers and Zeppelin share (at least) two characteristics: they both belong to Point Tec, a firm based near Munich, and they are themed around air exploration. Junkers has dedicated the Eisvogel collection to the plane that completed the first ever flight from Spitzbergen in the direction of the North Pole. The Zeppelin LZ 126 was the first passenger airship to be used for long-distance flights. 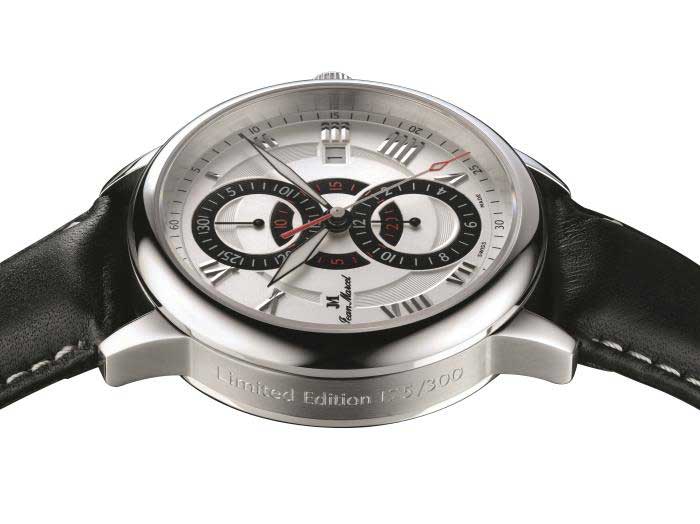 VERTICAL TAKE-OFF
Jean Marcel, a brand founded in Baden-Baden in 1981 by Jürgen Kuhn, has a particular distinguishing feature: verticality. Watches in the Palmarium, Astrum and Quadrum II collections all share the distinction of a vertically-oriented display. These features, grouped under the copyrighted term ‘Vertical Limit’, are what make Jean Marcel’s creations immediately recognisable. 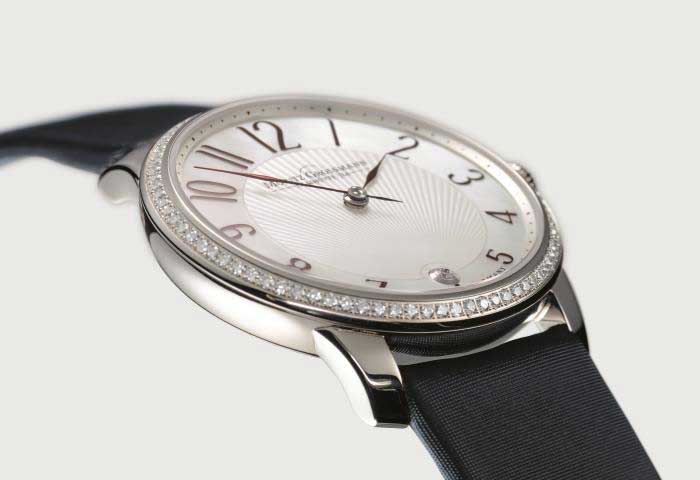 FEMININE ELEGANCE
The Glashütte manufacture Moritz Grossmann, under the able leadership of Christine Hutter, has launched a new ladies’ watch – the Tefnut Lady. The brand’s DNA is present in spades: painstaking attention to detail, timeless elegance and gently playful graded numerals. Not forgetting of course a new in-house calibre, its fifth, christened the 102.0, with a height of just under 4mm. 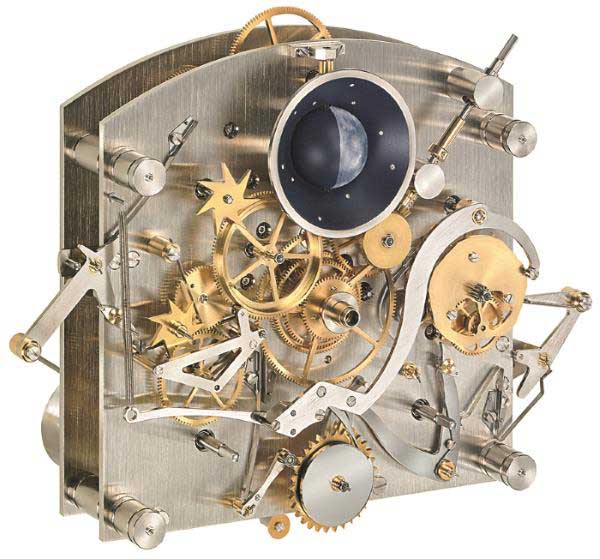 MASTER CLOCKMAKER
Erwin Sattler, a Made in Germany family company, is probably one of the most well-known clockmakers in the world. In their case the neologism ‘Haute Pendulerie’ is entirely appropriate. To confirm its status, the manufacture presents its most extraordinary precision pendulum clock yet: in addition to the time display, the dial of the Opus Temporis includes a perpetual calendar and a hand-painted spherical moon. 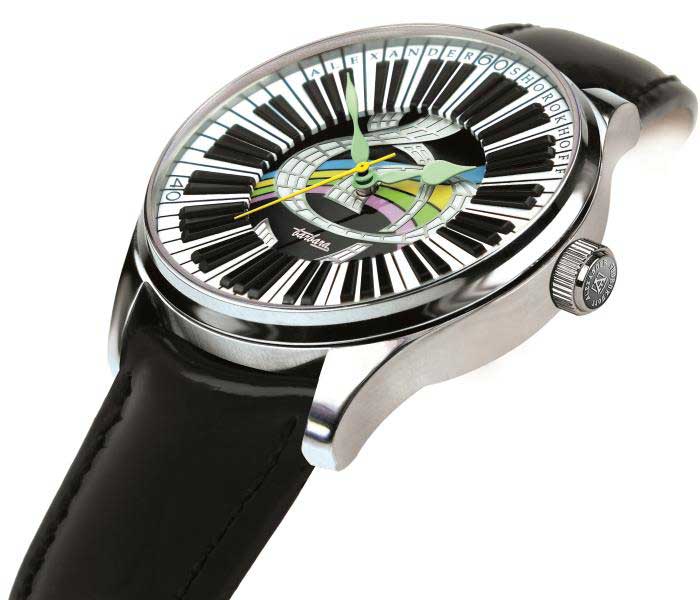 COLOURS ON THE WRIST
Germany-based watchmaker Alexander Shorokhoff is fascinated by the concept of the avant-garde, which is the name of one of his main watch collections. The Avantgarde Babylonian II features an entire cosmos, complete with celestial bodies and signs of the zodiac. The dial of the Barbara model, meanwhile, contains a piano keyboard with vivid colours in the centre. 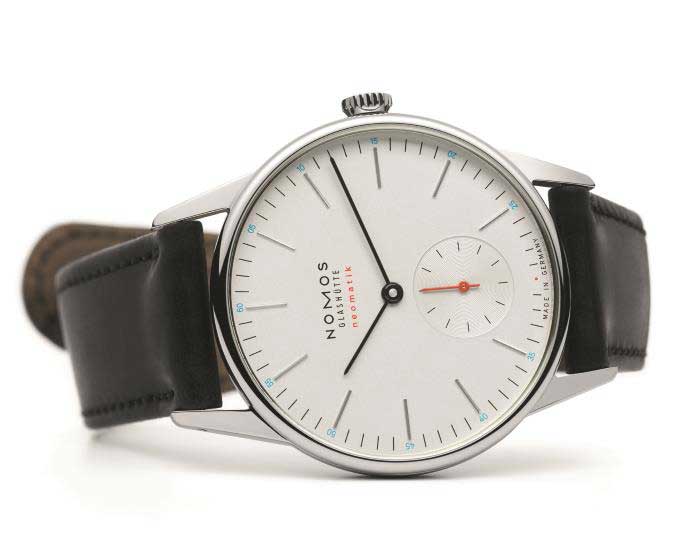 IN ZESTY ORANGE
Flat and elegant, Bauhaus-inspired, in the ‘affordable luxury’ segment, 100% manufacture and sporting a new in-house calibre, Nomos Glashütte’s new Neomatik will be on more than a few wish-lists. The five core models – Tangente, Orion, Metro, Ludwig, and Minimatik – come in two versions: one with cyan blue accents on a white silver-plated dial, and the other with fine details in neon orange on a champagne-coloured dial. 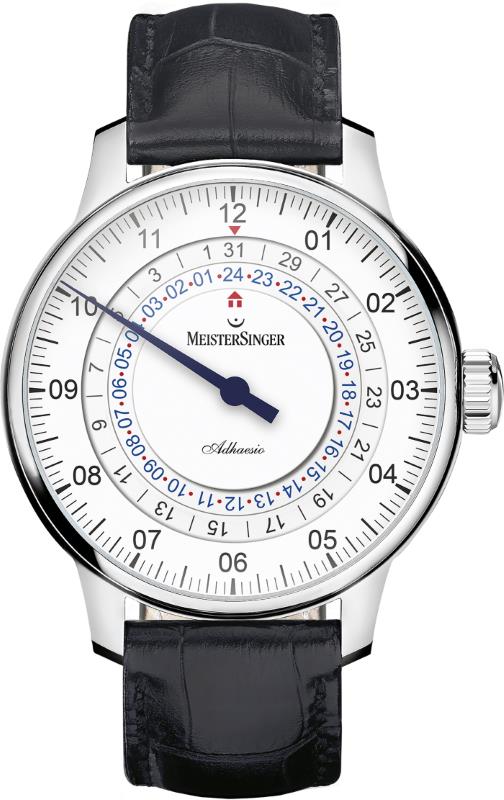 ONE HAND, TWO TIME ZONES
With the Adhaesio, the single-hand watch specialist MeisterSinger has developed a new, elegant and eyecatching dual timer. An individual needle-sharp hour hand points to the current time of day or night at its wearer’s location, accurate to within five minutes. Above the MeisterSinger logo, an arrow points to the second local time on a 24-hour ring. These two times are separated by a second ring showing the date.